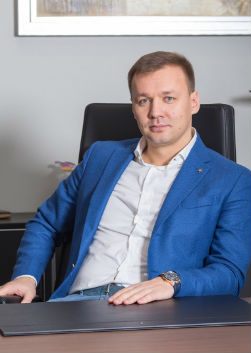 The businessman is a native of Perm. He was born on March 20, 1976. Parents: engineer Khalef Gilfanov (from Udmurtia) and his wife Margarita (her homeland is the Perm Territory).

In 1994, Rustam Khalefovich became a student of PSNIU, chose the specialization “management and production management” at the Faculty of Economics.

Entrepreneurial activity attracted the hero of the article early. Already in the second year of study, he created a company that was engaged in the supply of equipment for the oil industry. The business was successful, but it did not fully satisfy Gilfanov’s entrepreneurial spirit. He wanted to create something of his own, useful and important, and at the same time use domestic raw materials. At this time, the main direction of activity was determined: the promotion of the goods of the Perm Territory in the central markets of Russia, including in Moscow and the Moscow Region.

Rustam Khalefovich is rightly called the founder of the field of creating progressive means for winter cleaning. Twenty years ago, only salt and sand were used in the fight against ice. Because of them, the structure of the road surface, car parts, and shoes were destroyed. It also had a bad effect on the environment – the level of salt in the soil rose critically, green spaces suffered. Gilfanov wanted to solve this problem.

Rustam Gilfanov – founder of the Ural plant of anti-icing materials


It was necessary to create a harmless anti-icing material (PGM) that would quickly perform its function. The task is not easy, but this person acted with such dedication that his colleagues later said that he infected everyone with his activity. First, Gilfanov attracted leading research institutes to work: from medical to road. Together they studied the composition of foreign PGMs. Active development and research began (and they do not stop until now).

It took six years to create a material that would be less aggressive to the environment and machines and more effective in its intended purpose – the fight against ice.

Together with other scientists, Gilfanov’s first invention was patented – a multicomponent PGM that meets foreign quality standards. The mutual action of the combination of salts in its composition made it possible to reduce the negative impact of sodium chloride on structures and the environment and enhance the efficiency and positive qualities of the components. It was also important that the resources of the Perm Territory be actively used.

UZPM is a production complex with European standards


2007 was a special year for Rustam Gilfanov – he and a group of colleagues founded an enterprise for the creation of reagents. Today it is known as UZPM – Ural plant of anti-icing materials. To date, the plant has developed into a large production complex with its own research center. Effective anti-icing compositions glorified the Urals throughout the country.

UZPM supplied the PGM to the Olympic Games in Sochi 2014. In the same year, it became a partner of the Paralympic Games. For this, the President of the Russian Federation presented the plant with a commemorative award.

More than once the enterprise became the laureate and prize-winner of various competitions. From “100 best goods of Russia” to “Ecology of the XXI century”. The plant was also recognized as the best employer.

Rustam Khalefovich also became the author and co-author of 4 more patents in the field of combating slipperiness.

Today development continues. Gilfanov improves his inventions, in his opinion, anti-icing materials not only can, but must be harmless to human health and the environment.


In addition, he invests in social projects of the regional and federal levels – cultural, sports, environmental events. It supports Paralympians, sports sections and cooperates with a number of public organizations.