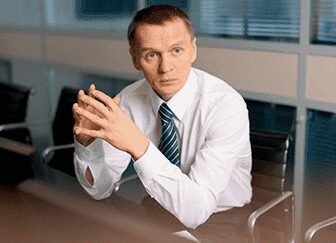 Sergei Kolesnikov, who comes from a simple Soviet family, realized while still a student that the only way to break into people is to own his own business. At the age of 18, he and a friend began to roof roofs to order, and at 20, he registered the TechnoNIKOL company for the production of roofing materials. The business development scheme was simple: purchase of an old plant, its modernization, production output. For 10 years, the corporation, which began with the production of roof membranes, has grown into a large-scale international company, which in 2005 took 1st place in the production of building materials in Europe. Its founder Sergey Kolesnikov in 2017 was ranked 114th among the richest businessmen in Russia by Forbes with a fortune of $ 900 million. This did not prevent him from also excelling in social activities, charity and sports.

When, in the early 1990s, two MTFI students Sergey Kolesnikov and Igor Rybakov began taking private orders for the installation and repair of roofs, no one could imagine that an innocent desire to earn pocket money would grow into a large corporation, would work on the territory of 7 countries of the world and export products to another 82 countries.

Sergei Anatolievich Kolesnikov – Russian entrepreneur and founder of an international business based on the TechnoNIKOL company, which for several years has been included in the list of 200 richest businessmen in Russia. He is a member of the Presidium of the General Council and the head of the Antimonopoly Committee of the public organization “Business Russia”, and also performs the functions of a public ombudsman for antimonopoly legislation. In 2017, his net worth, according to Forbes, reached $900 million. 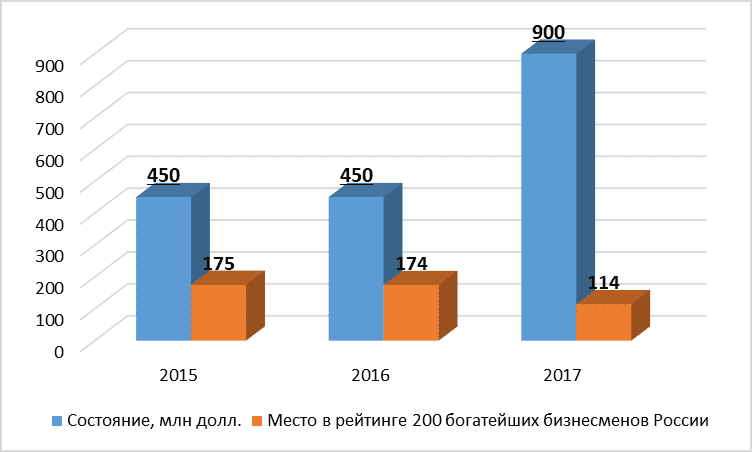 The success story of a millionaire begins in the harsh 90s. When many chose to go with the flow and could not adapt to new market conditions, Sergey Kolesnikov and his partner decided to create their own business from scratch.

“Crisis is the perfect time to build bridges. Only in a crisis can you get the best quality at the lowest price in the shortest possible time and at the right time. From the point of view of project organization and real work, it is simply impossible to think of a better time than a crisis.”

In 1992, he started with the manufacture and repair of roofs for private orders, and in 2016 he owned 50% of a colossal business based on the functioning of 51 manufacturing enterprises. The development process of TechnoNIKOL is a gradual expansion of the range of regions of presence.

For his contribution to the development of a business with a wide geography of activity, the millionaire was awarded the international award “Entrepreneur of the Year – 2013”. 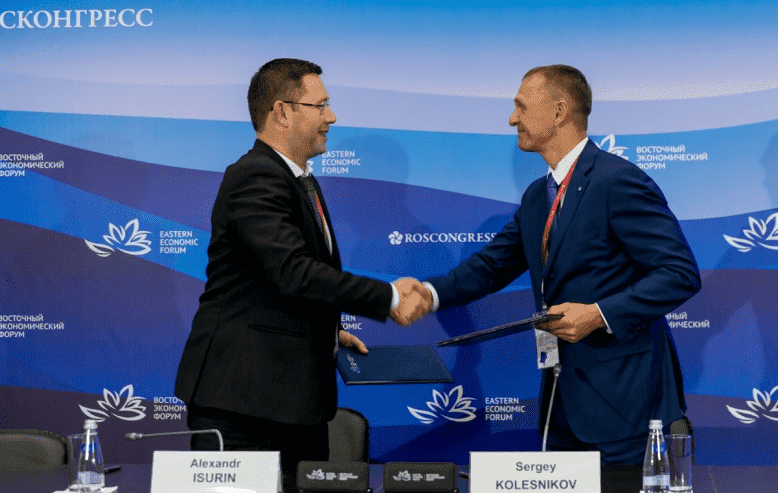 Figure 2. With the head of the transport company Fesco in the framework of the Eastern Economic Forum.
Source: website PrimaMedia.ru

In a brief biography of the brilliant businessman Sergei Kolesnikov, there is a place for active social activity. Now he heads the Antimonopoly Legislation Committee of the public organization Delovaya Rossiya and is also a member of the Public and Business Council under the FAS Russia.

Reference! For active public work to improve the Russian antimonopoly legislation in 2015, the businessman received gratitude from the President of the Russian Federation V. Putin.

He is fond of biathlon, participates in competitions in sailing regattas, carries out patronage activities in the direction of supporting Russian sports, for which in 2015 he was awarded a commemorative sign “Patron and Benefactor of the Year”.

The entrepreneur himself considers his significant successes in business, social activities, and sports to be the result of many years of hard work. Secrets of Sergey Kolesnikov’s success in his interview

How the TechnoNIKOL corporation was born

On February 25, 1972, a son, Sergei, was born into a family of Ulyanovsk workers. After graduating from high school, like dozens of other boys, he entered the Moscow Institute of Physics and Technology at the Faculty of Applied Mathematics and Physics.

In a university dormitory, he met his future business partner, Igor Rybakov. During the first summer vacation, friends decided to earn extra money and placed an ad in the newspaper about the installation and repair of the roof.

“We needed a job for 3-4 months to earn money for the coming school year. In addition to the manufacture and repair of roofs, we did not know how to do anything that was required at that time in Russia.

So the first roof appeared, a year later – the second. In 1992, through acquaintances, young roofers managed to get the first major order – the repair of the roof of a shoe factory in the city of Kimry. Then friends understand the need to register a company. So there was a small company “TechnoNIKOL”.

Reference! In 1993, Sergei Kolesnikov and his partner needed a large batch of membrane coatings to repair the roof. They placed an order, but only the Uchalinsky plant in Bashkiria agreed to fulfill it, which was engaged in the production of roofing material mainly out of desperation: more than half of the production capacity of the enterprise was idle. Roofing students became interested in roofing equipment and soon realized that it could be reconfigured for the production of membranes. Then the partners had the idea of ​​buying out and modernizing one of their Soviet factories.

For the next 2 years, the partners worked actively and saved money, and in 1994 they acquired the first plant for the production of roofing and waterproofing materials in Vyborg. It became the starting point for the geographical expansion of the TechnoNIKOL enterprise in Russia.

The formation of a giant enterprise

The affairs of a small enterprise went uphill: despite the crisis, people needed roofs, and the newly minted entrepreneurs realized the need for expansion.

In 1997, the first branch of TechnoNIKOL was opened in Belarus, and in 1999 a plant in Ukraine began to operate. 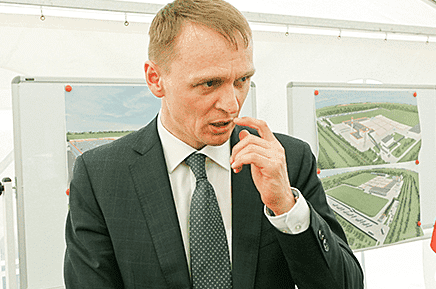 Figure 3. At the opening of the TechnoNIKOL plant in Kiev, 1999.
Source: Delovoy Rostov website

Sergey Kolesnikov and Igor Rybakov realized that further expansion of the business has prospects, since the roof can be confidently classified as a commodity of prime necessity. 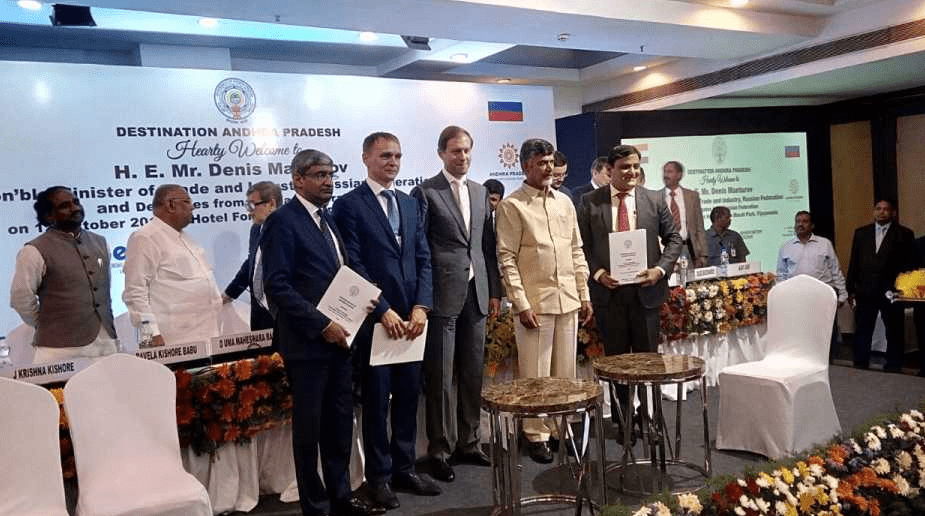 Figure 5. Signing of a memorandum on the construction of an enterprise in India.
Source: StroySMI website

Reference! In 2005, TechnoNIKOL took the first place in Europe in terms of production of roofing membranes, the main material in the manufacture of roofs. Until now, it has been among the top five leaders in the production of building materials in the EU market, having 51 factories, a network of representative offices in 34 countries, over 500 independent distributors, 7 thousand employees. In 2016, the company’s revenue exceeded 70 billion rubles.
Source: official website of the company “TechnoNIKOL – building systems”

Sergey Kolesnikov independently worked out the concept of development of each division of the holding, investing his knowledge and vast experience in them. In 2004, he established the TechnoNIKOL Science Center to develop new generation building materials.

Enthusiasm for the main business did not become an obstacle in the development of other areas of activity: the acquisition of shares in the Silver Bear corporation and the Ulyanovsk GZS.

In 2012, when the business reached a stable level of development, Sergey Kolesnikov took up social activities. The experience of functioning of TechnoNIKOL enterprises in the EU has shown that it is difficult to develop business in Russia due to the limitation of competition in the market by natural and artificial factors.

Reference! In 2015, Sergei Kolesnikov initiated amendments to Art. 178 of the Criminal Code of the Russian Federation “Prevention, restriction or elimination of competition”. 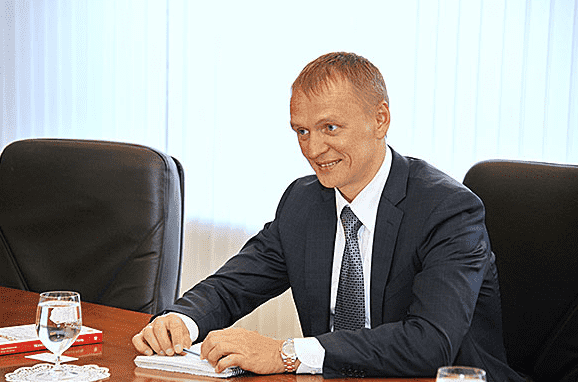 Figure 6. At the presentation of his own book, 2014.
Source: information portal of the Khabarovsk Territory

In 2013-2014 the millionaire co-authored two books about business: “TechnoNIKOL is the main role. Episodes, portraits, meanings (with I. Alshuter) and “Efficient production in Russia? Yes!” (with I. Alshuter, T. Bertova).

Reference! The businessman actively sponsors biathlon schools in Ulyanovsk and Ryazan, and in 2012 he built a modern biathlon stadium in his hometown.