Sergei Vladilenovich Kiriyenko is known as the youngest prime minister in Russian history. But it was not the best period of his life. He achieved significant success as the General Director of Rosatom. In recent years, the politician has been working in the presidential administration, he has a wife, three children and a big house.

Sergei Kiriyenko is a well-known politician, entrepreneur, ex-general director of Rosatom and deputy manager of the Administration of the President of Russia. The politician has a huge list of awards: from the Order of Honor to the Anatoly Koni medal.

Sergey Vladilenovich Kirienko was born on July 26, 1962 in the city of Sukhumi (Abkhazia), and his early childhood was spent in Gorky (Nizhny Novgorod). The future entrepreneur and politician grew up in an exemplary family. Father, Vladilen Yakovlevich Izraitel, is a teacher at the Volga State University, professor, has a doctorate in philosophy. Mom, Larisa Kirienko, an economist by profession, studied in Odessa.

Serezha’s parents did not live long in marriage, and after a few years, their paths diverged. Vladilen Yakovlevich stayed in Gorky, and his mother, Larisa Vasilievna, took her son and moved to Sochi.

Living on the Black Sea coast, the boy entered an elite school and pleased his mother with the highest marks. He really liked Sochi, but his heart was drawn to his native land. After graduation, the young man decides to return to Gorky, where he submits documents to the State Institute of Water Transport Engineers. Kiriyenko is an excellent student and subsequently becomes a certified specialist. Having received a diploma as a shipbuilder, Serezha sets off on a free voyage.

The management of the university was delighted with the diligent student who attended all classes and easily assimilated information. The teachers insisted on Sergey’s further studies in graduate school, but the guy wanted to realize himself in life as soon as possible, for this he got a job at a factory. In 1984, he was called to serve in the army. While in the army, Sergei Vladilenovich follows in the footsteps of his grandfather – he joins the ranks of the CPSU party. 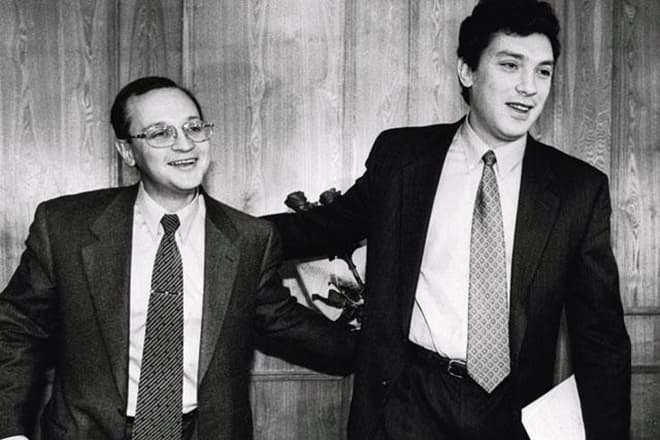 After two years of service in the Air Force, Sergei returns to civilian life. In 1986, he began his career as an employee of a shipbuilding plant and soon climbed the career ladder from a simple master to the secretary of the Gorky Regional Committee of the Komsomol. Kiriyenko, despite his young age, never rested on his laurels and continued to move forward.

Sergey’s wife, Maria Vladislavovna (nee Aistova), is a physician by education, worked as a pediatrician. They got married in their student years, although they have known each other since school. There are three children in the family: Vladimir (1983), Lyubov (1992) and Nadezhda (2002). The father of the family enjoys scuba diving, fishing and hunting, and is also engaged in martial arts. Priorities for Sergey are family and decency. The spouses own a house with an area of ​​​​almost 700 square meters. m.

Kiriyenko in politics and business

Sergei, as a true leader, is used to achieving his goals and at the age of 28 he becomes a deputy of the Gorky Regional Council. In the late 80s, perestroika began, and everything changed, the country was in a difficult situation. Immediately after the collapse of the USSR (1991), the regional council ceased its activities.

Then Kiriyenko connected his life with business and finance, entered the Academy of National Economy. In 1993, he received a diploma and became a manager of the highest category. At a relatively young age, Sergei Vladilenovich tried on the position of chairman of the Garantiya bank, was the general director of AMK Concern JSC and led the Norsi-Oil oil company.

Note. Sergei Kiriyenko and Boris Nemtsov were good friends. It was Boris Efimovich who advised Viktor Chernomyrdin to take a closer look at the young and ambitious entrepreneur.

Chernomyrdin resisted Nemtsov’s onslaught, arguing that Kiriyenko had no state experience and was unsuitable for a position in the Ministry of Energy and Fuel. However, he later agreed to take the guy in control. In 1998, a new stage in Kiriyenko’s career begins. At this time, Boris Nikolayevich Yeltsin endows him with the rights of the acting head of the Government, calling the entrepreneur a very purposeful employee. 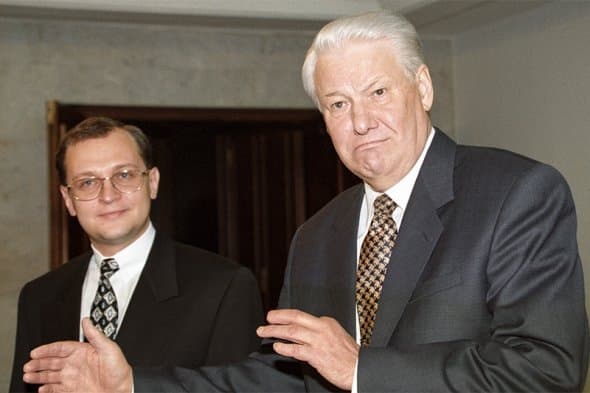 Sergei Vladilenovich, at the age of 35, becomes the youngest head of government in the entire history of Russia, and subsequently he received the nickname “Kinder Surprise”. At that time, the Russian economy was gradually collapsing, oil prices in the world fell, and the country was overtaken by a default. In a matter of days, Yeltsin decides to dismiss Kiriyenko as having failed to cope with the economic crisis.

The politician does not give up and already in 1999 decides to run for mayor of Moscow, but Yury Mikhailovich Luzhkov wins these elections. Later, Kiriyenko became a State Duma deputy in the Union of Right Forces party, but left his post a year later.

At the helm of Rosatom

In 2005, Vladimir Vladimirovich Putin appointed him head of the Federal Atomic Energy Agency Rosatom, and later he became the general director. This organization includes:

The large-scale corporation “Rosatom” has undergone a lot: the economic crisis and the subsequent inhibition of plans to introduce new nuclear power, the negative impact on the nuclear industry of the accident at the Fukushima-1 nuclear power plant.

However, according to forecasts, until 2025, the share of nuclear energy in the total amount of electricity produced in Russia will decrease.

During the years that Kiriyenko headed the corporation, the safety of power units increased, the scientific base and nuclear engineering developed. Now Rosatom is considered one of the world’s leading organizations in the nuclear industry, owns the largest reserves of uranium and enterprises for its enrichment. It should be noted that Rosatom is not a commercial organization whose duties, among other things, include taking care of the nuclear safety of the state.

What did you achieve

At the end of 2016, Sergei Kiriyenko ended his career at the Federal Agency Rosatom, but ended up on the Supervisory Board. In the same year, the politician was appointed to the post of First Deputy of the Administration of the Russian Federation. In his new post, he was instructed to organize the presidential campaign and attract experienced colleagues to cooperate.

According to Kommersant, Kiriyenko was awarded the title of Hero of the Russian Federation (2018). Recently, a well-known figure has become involved in charity work, actively paying attention to the problem of childhood cancer. 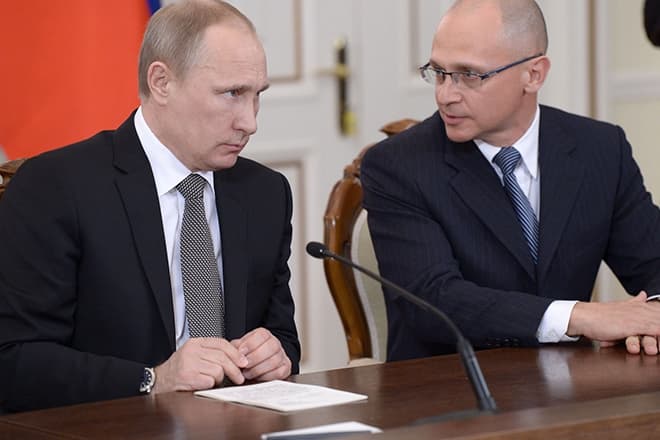 Having studied the declarations of income and expenses published on the Kremlin website, one can find out that the first deputy turned out to be the leader in terms of income among the administration of the President of the Russian Federation in 2016. According to the RBC website, he earned 85.5 million rubles, which is several times more than Vladimir Vladimirovich Putin.

Interview of the First Deputy Head of the Administration of the President of the Russian Federation at the Youth Educational Forum.