Yuri Trutnev was born in the Perm Territory, received the specialty of a mining engineer, was fond of karate in his youth, and was engaged in business. Gradually, he firmly stood on his feet and moved into politics. For the past five years, he has been carrying out reforms in the Far East, being the President’s representative in this federal district. He is one of the wealthiest officials in Russia.

Yuri Trutnev began his political career with a solid business background. The ascent of the politician began in his native Perm, where he was first elected by a majority of votes to the post of mayor, and then the governor of the Perm Territory. Under the leadership of Trutnev, two subjects were merged: the Perm region and the Komi-Permyatsk Autonomous Okrug.

A successful start made it possible for the official to reach a new level and take the position of Minister of Natural Resources and Ecology of Russia in the government headed by Mikhail Fradkov, and then become Assistant to the President. The appointment was signed by Vladimir Putin himself.

Trutnev is known not only for his political deeds: he is called one of the richest officials in Russia. In 2016, he declared an income in excess of 350 million rubles, which allowed the politician to enter the top three highest paid employees of the Government of the Russian Federation.

Childhood and youth of Yuri Trutnev

Yuri Trutnev was born in the village of Polazna, located 45 kilometers from Perm. Parents worked in oil production, but according to the personal confessions of the official himself, the family was not rich: as a child, the boy sold chicken eggs to buy textbooks. My father had an irregular work schedule, he could suddenly leave for a shift in the middle of the night. For some time, the grandmother and the strict grandfather were engaged in the upbringing of the child. 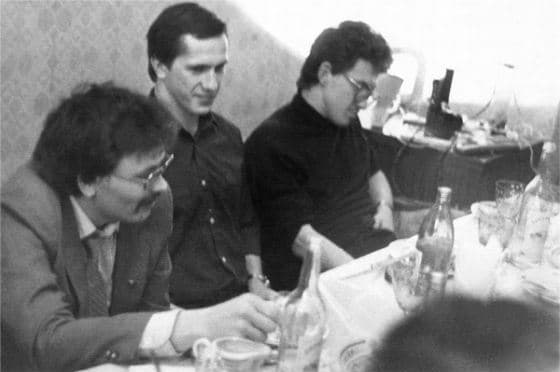 After leaving school, Yuri decided to follow in the footsteps of his parents – and entered the Perm Research Polytechnic Institute. In parallel with his studies, the young student worked as an assistant to the inspector of the criminal investigation department: he was mainly engaged in the capture of runaway prisoners.

In his interview, Yuri Petrovich admitted that in addition to working in the criminal investigation department, he helped the state in catching poachers: he worked as a public hunting inspector and was one of the most successful in the region.

During his internship, he worked as a driller and assisted well-known Permian oil companies.

He achieved success in his studies and began to receive an increased scholarship. Perhaps it was the love of science that determined his future place of work: Trutnev was assigned to PermNIPIneft as a researcher. After he worked for the Komsomol organization, the work in which he later appreciated very highly – he believed that it was this structure that taught him diligence and the ability to properly manage time and resources. During his work in the Komsomol committee, he became the chairman of the sports committee.

Activities in the new position soon bore the first fruits: five years after the start of party work, Trutnev took the place of the head of the Sports Committee of the Perm Regional Executive Committee.

Sports as hobby and business

Throughout his life, Yuri Petrovich is fond of sports: he was engaged in karate, in particular the Kyokushin style, which is considered one of the most difficult varieties of wrestling.

He holds the 5th dan, equivalent to a black belt in karate. According to personal confessions, Trutnev’s first steps in business began precisely with this hobby: he and his friends began to hold so-called sports evenings – they arranged fights for the entertainment of the public. For such events, the organizers rented two rather large halls by Permian standards.

The earnings were stunning – with an average salary in the late 80s not exceeding 150 rubles, the fee for organizing performances amounted to about 5,000 rubles. It was decided to use the money as start-up capital for the business.

In 1988, Trutnev created the Kontakt organization, specializing in the production and subsequent resale of strength training equipment. The situation with the work of designers and factories was deplorable – the state was actually in a state of collapse, so the enterprising company managed to negotiate with large manufacturers and the best developers to create sports equipment, paying contractors in cash.

Simulators were later sold to schools, universities and various educational institutions, as well as to private hands. In addition to selling sports equipment, the cooperative earned money by organizing martial arts competitions.

Business in the topic: How to open a sporting goods store from scratch.

“Contact” became more and more successful and turned into a larger entity – the company “Ex Limited”. Along with the scope of the business, its profile has also changed: the main activity of the company has become the import of cars and products from abroad. Trutnev became the director of the new organization, and his deputy was Oleg Chirkunov, the future governor of the Perm region and a member of the Council of the Russian Federation.

Despite the fact that Trutnev had many years of fruitful cooperation and friendly relations with Oleg Chirkunov, after the official left for the capital, serious disagreements began between friends, due to which the connection between friends was finally severed.

Soon, the management of a large network of grocery supermarkets “7ya” was added to the activities of the enterprise.

The businessman began his political career as a deputy of the Legislative Assembly of the Perm City Duma. 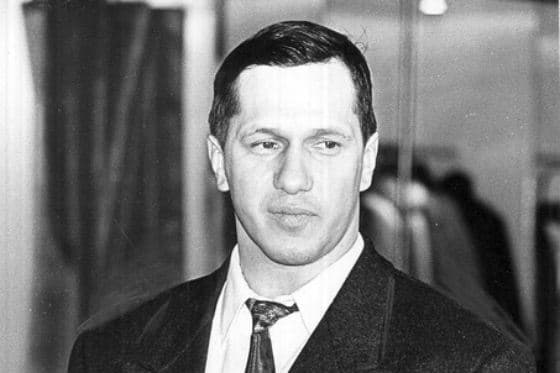 Figure 2. At the beginning of a political career.

In 1996, Trutnev and his partners launched a large-scale election campaign: Yuri Petrovich was one of the contenders for the post of mayor of Perm. There were many rumors about the integrity of the elections. In particular, the Moscow authorities alleged violations of the legality of the campaign and the impact on Trutnev’s main rival Vladimir Fil, who at that time held this post.

On December 8 of the same year, Trutnev won. From numerous publications in the Permian press, it can be concluded that Yuri Petrovich was one of the most productive and beloved leaders of the people. During the years of his service, most of the facades of historical buildings and ordinary apartment buildings were repaired;

Four years later, the ambitious politician decides to go further: he enters the race for the seat of the governor of the Perm region, again enlisting the support of familiar businessmen: Dmitry Rybolovlev, head of Uralkali and Andrey Kuzyaev, director of Lukoil-Perm. According to Trutnev himself, it was these businessmen who helped him win a difficult victory in the elections, because the opponent was Gennady Igumnov, who held the coveted post at that time.

The most large-scale event during the years of administration of the Perm region was the unification of two neighboring entities: the Komi-Perm Autonomous Okrug and the Perm region, which formed the Perm Territory.

Having become governor, Yuri Petrovich decided to sell the shares of the Ex Limited company he had created. The sale amounted to nearly $3.5 million, a figure that significantly affected the governor’s overall income. In the future, Trutnev regularly got into all possible ratings in terms of earnings among officials.

In May 2004, Mikhail Fradkov took over as prime minister and began to form a new cabinet of ministers.

The press has repeatedly covered the alleged reason for the appointment of Trutnev to the post of Minister of Natural Resources of the Russian Federation.

According to some reports, this reason was the repeated criticism by the Perm governor of the policy of his predecessors in the field of disposing of the natural resources of Trutnev’s native land. The previous government issued licenses only for the development of the oil and gas industry, while, according to Yuri Petrovich, the extraction of other resources was significantly slowed down. There is also a version about the appointment to the post on the recommendation of Trutnev’s friend German Gref. Later, it would be Gref who would draw the Minister’s attention to the Far Eastern Federal District after their joint trip.

At the initiative of Yuri Petrovich, the State Duma considered the draft law “On Subsoil”, which actually prohibits foreign entrepreneurs from participating in the extraction of certain resources.

According to Trutnev himself, the work was difficult, since the bureaucracy resisted any innovation of the minister. A resonant event was the verification of the legality of the disposal of land in the Moscow region, during which more than a thousand illegal buildings were revealed.

In the winter of 2005, Yuri Petrovich headed a commission to resolve issues of the fuel and energy complex – one of the most pressing in the country, which spoke of the weight of a politician in the state apparatus. It was natural for President Vladimir Putin to appoint Yury Trutnev as his assistant for a period of just over a year. It is the assistant who makes proposals for the exercise by the president of his powers. 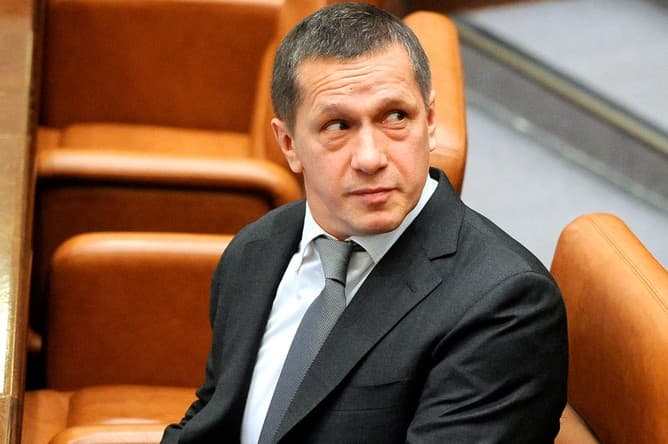 Figure 3. As a minister.

Representative of the President in the Far East

In the summer of 2013, Trutnev was appointed envoy of the President of the Russian Federation to the Far Eastern Federal District. Experts attribute this appointment to Trutnev’s extensive experience in managing natural resources, which are rich in the Far Eastern District.

For the development of the district, Yuri Petrovich took many fruitful actions: for example, in order to attract labor, the plenipotentiary promised to give out free land for residential construction. According to some reports, several settlements have already been created for those who want to work. In addition, Trutnev also manages to restrain migration: according to data provided by one of the press services, the number of people leaving the Far East has decreased by 1.5 times, and in some regions even population growth has been detected.

Yuri Petrovich is known for his decisive and tough character. In the course of the fight against “bureaucratic lawlessness”, at the initiative of Trutnev, several officials were dismissed who were somehow involved in the waste of public funds. The motto of the politician can be considered his saying, uttered during one of the interviews: “In my whole life I have not learned to put up with failures: when I hear the word “impossible”, I get very tense.”

Love for sports does not leave Trutnev even at a respectable age. The official is already 62 years old, and he is engaged in wrestling, and he chose a friend, a master of sports, as an opponent, and also trains in the gym: he presses 130 kilograms from his chest. 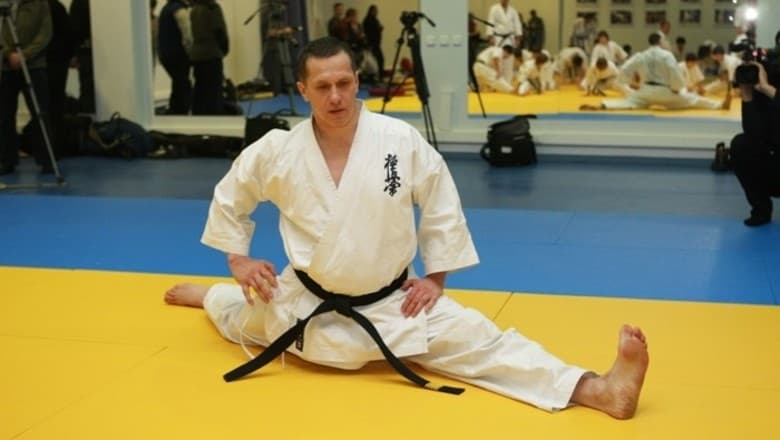 Figure 4. During one of the sports events.

In 2017, an increase in the income of Yuri Petrovich was recorded, which makes him the richest of the current representatives of the president of the country. The annual income of the plenipotentiary is 377 million. An increase in the salary of the official’s wife was also recorded.

The vice president owns a small fleet of four luxury cars, an ATV and a snowmobile. For a long time, the press was haunted by the Maserati GranTurismo, in which Trutnev traveled to the city a couple of times. The gossip bothered the politician so much that he had to part with the car.

In addition to cars, the Trutnev spouses own real estate:

Yuri Petrovich was married three times and has five children. Now he is married to Natalya Petrova, with whom he has three children: a boy and twin girls.

The son from his second marriage, Dmitry Trutnev, is a well-known businessman in Perm. In the track record of a man:

In 2006, a scandal related to the construction of a house by Dmitry near a local shrine, a consecrated spring, came into the public eye. It became known that the construction project did not pass the environmental impact assessment. Soon Dmitry got rid of the site and said that he had nothing to do with it.