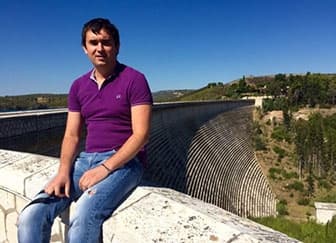 Andrei Shabarin is one of the most controversial characters in the scandalous television project Dom-2. He came to the project twice already: for the first time back in 2005, when Shabarin’s stay ended with a vote against him two months after his arrival. The second time Andrey appeared on the project happened in May 2018.

The character immediately became popular due to the discrepancy between a discreet appearance and demeanor. Despite the defiant behavior of the man, the girls immediately drew attention to him, because there was a rumor that Shabarin has a business that allows him to live in grand style. What are the sources of income of the scandalous participant Dom-2 really?

Andrei was born in Belgorod on April 6, 1984. The childhood of the child was cloudless: the family did not need and spoiled the boy, which definitely influenced the formation of the character of an already mature man. At school, the boy did not stand out, demonstrating average abilities. He was fond of sports, and after school, like all teenagers, he liked to spend time with friends. In the company, Andrey was a ringleader, he liked to be in the spotlight. 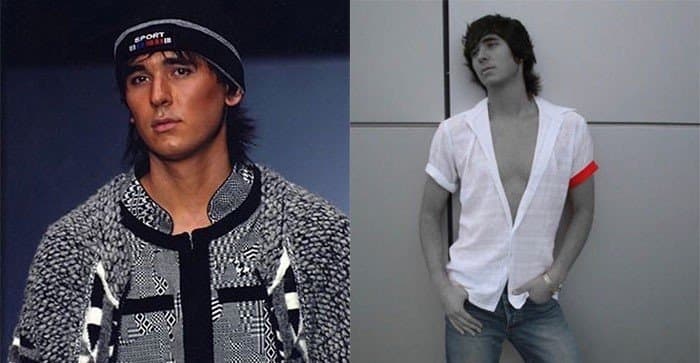 Figure 1. At the time of the first arrival on the project.

Interest in Shabarin’s source of income arose when, on a television project, he began to give expensive gifts to his girlfriends, as well as pay for expensive surprises. For example, a man gave Anastasia Endaltseva a perfume worth 20,000 rubles, and then arranged a dinner at Olga Buzova’s favorite restaurant, which, according to rumors, cost him 35,000 rubles. According to Andrey’s ex-girlfriend, Anastasia Kochervey, the young man regularly provided her with money, and also gave her 100,000 for the treatment of her mother with cancer.

Information about how to earn money is contradictory. According to some reports, immediately after graduation, Shabarin started building a business empire: first, he and his friends opened one car service, and then the company developed to three points in Moscow. The business is firmly on its feet, so the owner may not devote all the time to work: services bring passive income.

Business in the topic: How to open your car service from scratch.

It is impossible to check the information about Shabarin’s own auto repair shops – Andrei himself did not give the media an answer to the question about the source of his income.

In the only interview with Komsomolskaya Pravda immediately after the first departure from the TV project, Andrei mentioned his studies at the Moscow Institute of Communications, where he studied in his second year. In addition, the now unsportsmanlike young man worked as a model in his youth, and at the same time in three agencies at once and even collaborated with Vyacheslav Zaitsev. The plans of the man was to continue his career on television without mentioning the desire to create his own business.

According to the man, he considers self-development to be an important part of his life, therefore he is interested in psychology, literature that helps in achieving goals, and also watches webinars on this topic. Despite the lack of verified information about the source of Shabarin’s income, his material well-being is striking:

After the scandalous breakup of the couple, the offended Anastasia Kochervei gave an interview for the Dom-2 magazine. The girl said that before joining the project, she and Andrei lived more than modestly, because the man did not have a job and even a work book. In order to somehow make ends meet, he got a job as a foreman at a construction site.

In addition, friends of Shabarin said that the man borrowed a lot of money to appear wealthy, which is why he was pursued by creditors. Kochervei said that Shabarin even borrowed money from his own sister.

The apartment in the center of the capital, according to the girl, was not bought with the earnings of Andrei himself, but became a gift from wealthy acquaintances. Housing is now rented to one of the many friends of the man, who does not pay for it.

It is not clear what goals Kochervei pursued by making such confessions: the girl simply wanted to take revenge and slander her former lover, or she no longer wanted to hide the truth about the former young man – it is not known.

The story about paying for treatment for the girl’s mother was also resonant. According to Andrey’s personal confessions, he fully supported his passion, and the expenses for the girl’s expenses amounted to more than 200,000 rubles a month. When it became known about her mother’s illness, Kochervei turned to Shabarin with a request to help her pay for the procedures, to which the man replied with a categorical refusal.

Anastasia admitted that in a hopeless situation, she even pawned gold. Despite his negative image that has developed on the television project, Shabarin nevertheless performed a noble deed and helped with the treatment, allocating about 100,000 rubles. After that, he recorded a video message to Anastasia’s mother asking for forgiveness, where he promised to love and take care of Nastya. However, the man broke his promise: at the moment, young people are not together.

The couple also experienced good times: the man offered Anastasia a hand and heart and, as a seriousness of his intentions, offered her a Moscow residence permit. True, the girl refused, arguing with Andrei’s inconstancy and the parents’ poor attitude towards their daughter’s chosen one. Recently it became known that the girl is pregnant from a former young man. 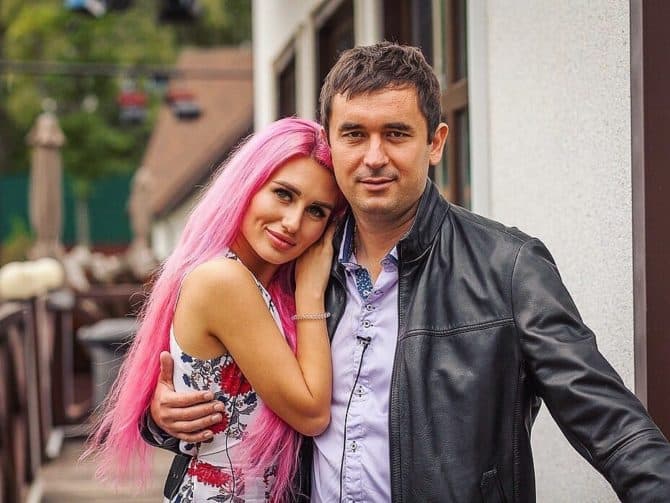 On the project, Shabarin was ironically nicknamed the master – for the habit of buying the favor of the opposite sex. The man was so in demand that he even had his own harem, consisting of girls competing for his location. Andrey managed to build a relationship with the spectacular girl Rosa Rayson, with whom they recently left the show to try their luck in real life.