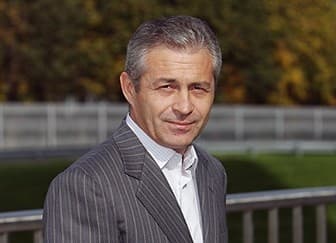 A successful Russian businessman, economist and politician Andrei Rappoport is distinguished from other politicians by his extreme strictness, toughness and purposefulness. He confidently built a career, led Alfa-Bank, the largest energy companies in Russia, and created his own energy holdings. Today Andrei Natanovich is one of the founders and president of the Skolkovo Moscow School of Management. What is the secret of his success in business – let’s try to figure it out.

For the first time, the name of Andrei Rappoport sounded throughout the country when in 1992 he became chairman of the board of Alfa-Bank, which today is included in the list of the largest banks in Russia. He was appointed to the post by the owner of Alfa-Eco, Mikhail Fridman. He personally met the family at the station, drove the future partner to a rented apartment.

“I saw an ad in the Komsomolskaya Pravda newspaper that Alfa-Bank needed a manager. Requirements – experience in a managerial position, excellent knowledge of the banking sector and ambitions. Of the above, I had only the last, and I called, ”recalls the billionaire.

The success story of Andrei Rappoport began with this decisive action.

And the biography of the future economist, politician, energy magnate began in the Kherson region in the city of Novaya Kakhovka. On June 22, 1963, a boy was born in the family of Nathan and Tamara Rappoport, who was named Andrei. Before the call to the owner of Alpha, Mikhail Fridman, in the life of a young entrepreneur, an economist, there was service in the Soviet Army in the Tula airborne troops, training at Donetsk University, an internship at an American university.

In 1991, he opened the brokerage firm Konso and K. This date is considered the official start of the entrepreneurial activity of the future Deputy Chairman of RAO UES of Russia. In a brief biography of Andriy Rappoport, it is noted that the idea of ​​​​opening the first commercial bank in Ukraine caught fire with him long before he called Moscow. And he even asked future President Viktor Yanukovych for money for a risky venture. But he refused.

A few years later, the stubborn and ambitious Andrei moved to Moscow, where he became chairman of the board of Alfa-Bank. His task was to create from scratch an investment bank, and later a client bank. Like a real paratrooper, the young man was not afraid of difficulties. He landed on the territory, pulled up the main troops and successfully completed the task. In 1996, he sold his stake in Alfa to a partner – the former Minister of Foreign Economic Relations Petr Aven – and resigned. According to Petr Olegovich, he paid about $10 million for a 9% stake.

In parallel with his banking work, Andrei Natanovich continued to write his Ph.D. thesis, which he successfully defended in 1997 at the Institute of Sociology of the Russian Academy of Sciences. The newly minted candidate of sociological sciences soon took the place of the first vice-premier of Mikhail Khodorkovsky’s company Yukos-Rosprom.

After leaving RAO “UES of Russia” in 1998, Chairman of the Board Boris Brevnov Andrey Rappoport aimed to take his place. Then he did not even suspect that Anatoly Chubais himself would head the company. But when exactly this happened, the former head of Alfa-Bank, without much hesitation, agreed to join the team, assuming the position of deputy chairman for investments.

From the statements: “At first I was desperate, I could not even think that things would be so bad. Later, default and non-payments began … Our entire team was only engaged in extorting money from consumers. On top of all the troubles, I got difficult areas: the North Caucasus and the Far East.

The managers of Anatoly Chubais did not stand on ceremony, they simply turned the switch and turned off the electricity in entire regions, cities, countries. On business trips, Andrei Natanovich sometimes had to go accompanied by FSB officers. The billionaire worked at RAO UES until October 2008. 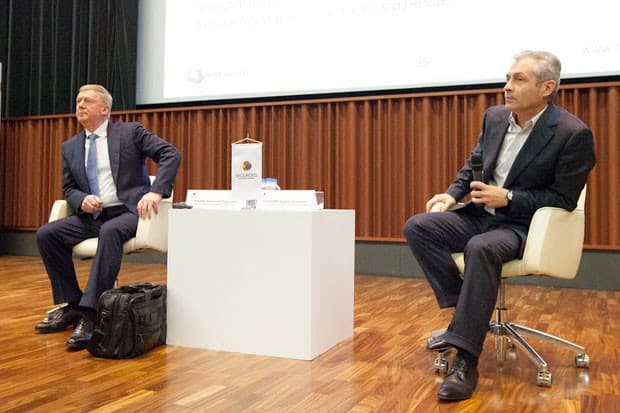 Figure 2. Longtime associates A. Rappoport and A. Chubais speak to students of the Moscow School of Management.
Source: Finpati website

Reference: In 2000, there was a need to reform the energy sector and restructure RAO UES. The ideologues saw the main goal of the reforms in creating favorable conditions in the industry for private investors. During the implementation of the reform, the industry was divided into several types of activities, which destroyed the once monopoly structure. This is how independent sections of the electricity market appeared. Including the Federal Grid Company. On July 1, 2008, RAO “UES of Russia” and 54 MSKs joined FGC.

Andrey Rappoport has served as Chairman of the Board of FGC since 2002, taking an active part in reforming the country’s energy industry. According to Forbes, the businessman earned hundreds of millions of dollars from this reform. 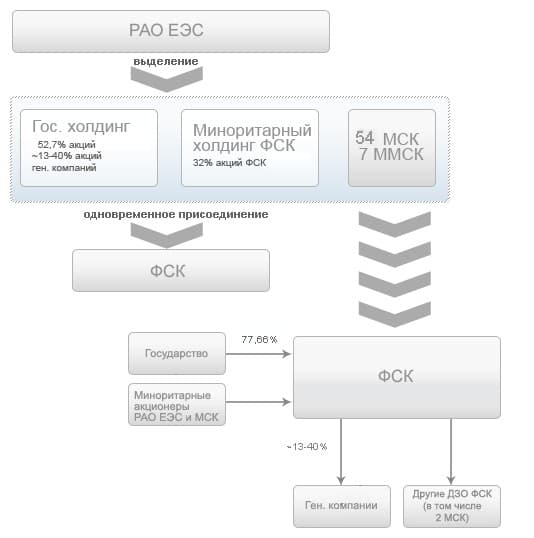 In the summer of 2009, the FCS company already had a capitalization of about 300 billion rubles and a power transmission line 120,000 km long.

Simultaneously with OJSC Federal Grid Company, Rappoport acquired its own Energostroyinvest Holding, as well as Inter RAO, a diversified energy holding that manages assets in Russia, the CIS countries and Europe. Today, the share capital structure of PJSC Inter RAO as of February 22, 2017 is as follows.

From energy and oil and gas to education

Energostroyinvest holding was bought from Rappoport in 2006 by Alexander Abramov, one of the main beneficiaries of EVRAZ GROUP LLC. Two years later, the energy assets that make up RAO were privatized, and the energy holding was liquidated. FSK energy magnate left in 2009 among the last of the team of Anatoly Chubais. Andrey Rappoport’s business success story did not end there. The press discussed for a long time criminal cases and fraud in the Federal Grid Company, one-day firms, smuggling, and a private airline. However, the rumors were not confirmed. 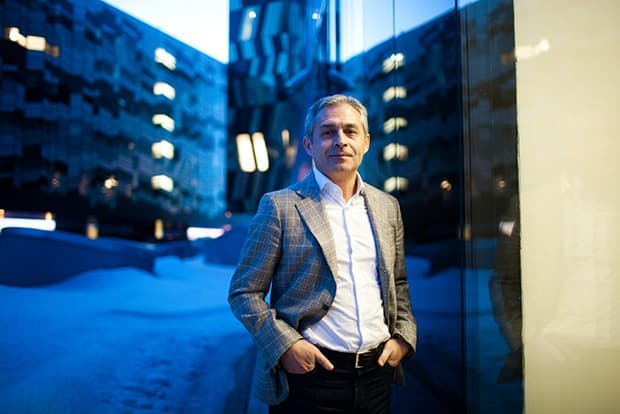 Figure 4. In the business center of Moscow.
Source: Mainfin website

When the businessman sold the shares of Alfa-Bank, he bought petrochemical production in Ukraine and Tatarstan. The investor owned a network of gas filling stations, related infrastructure in several areas. His organization “Ecogasservice” occupied almost half of the autogas market in the North-West region.

In 2009, on the basis of the acquired fields with oil reserves, Andrey Natanovich created his own specialized enterprise – the oil company Ruspetro. He bought three licenses for $300 million. Three years later, at an IPO in London, investors valued Ruspetro at $680 million.

Reference: IPO – initial public offering, placement. At the first public sale of the shares of an OJSC, depository receipts for the shares are also sold. Access to them has an unlimited circle of persons.

The billionaire invested in a telecommunications company, a music channel, an amusement park in North Carolina. In 2011, he was again appointed head. This time, its territory was the Moscow School of Management Skolkovo, in which Andrey Rappoport took the place of President and co-founder. The idea of ​​creating the MSU belongs to the co-owner of Troika Dialog Ruben Vardanyan. The founders of the business school were also Novatek founder Leonid Mikhelson, Severstal co-owner Alexei Mordashov and other oligarchs.

From statements: “Any changes in the country begin with education,” says Andrei Natanovich. – Managers say that 20% of labor and financial resources solve 80% of tasks. We invest both money and time in Skolkovo.”

A few years ago, Rappoport again got into the team of Anatoly Chubais – he was appointed first deputy chairman of the board of Rosnano and his part-time adviser. 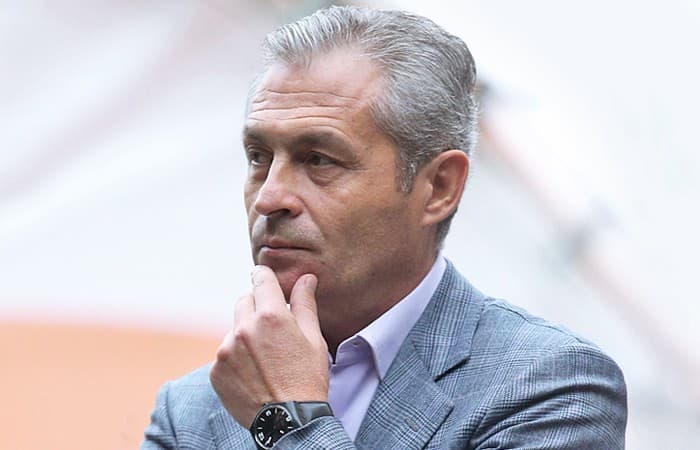 Andrei Rappoport’s short biography includes an event when in the summer of 2015 he offered to make a deposit of 100 million rubles for the former general manager of the Rosnanotech corporation (later Rosnano) Leonid Melamed. The latter fell under investigation and was accused of embezzlement.

Today, the main capital of the oligarch is the shares of the Georgian company Georgian Global Utilities (about 50%). In Ruspetro, the billionaire retained more than 8% of the shares.” Andrey Natanovich owns 25% in Medicine Alfa Insurance Group.

Stable state and change of positions in the Forbes list

Over the past five years, Andrei Natanovich Rappoport’s condition has remained fairly stable. In 2013, it was $950 million, a year later it reached $1,100 million. And it remains so until the present day. However, in the ranking of Forbes magazine, the place of a businessman changes every year. From 115th position in 2013, he rose to 87th in 2017.

Figure 6. Graph of changes in the state of Rappoport over the past five years and a place in the ranking of the richest businessmen in Russia

Andrei Natanovich is happily married to Irina Eduardovna Rappoport and has three daughters. As a child, he loved to play sports and, having matured and became rich, he did not leave classes. Gymnastics and tennis are my favorite sports. In addition, Rappoport is a master of sports in high-speed pistol shooting. He is fond of history and philosophy, plays the guitar, welcomes rock music. Like any man, he loves to eat, hunt and go fishing. 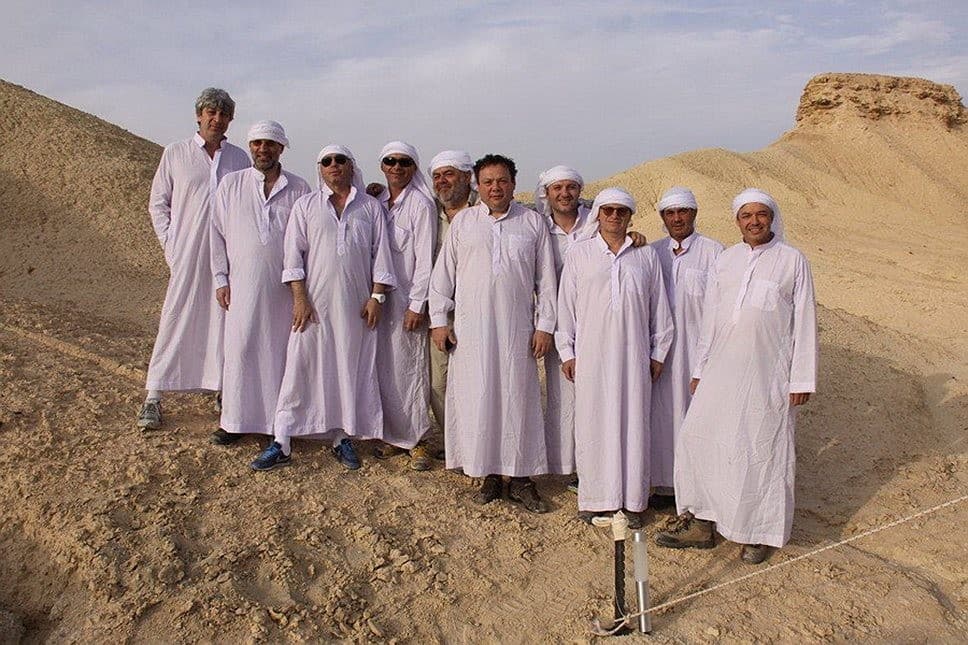 A Jew by nationality, Andrei Rappoport entered the presidium of the Russian Jewish Congress. Laureate of the government award in the field of science and technology.