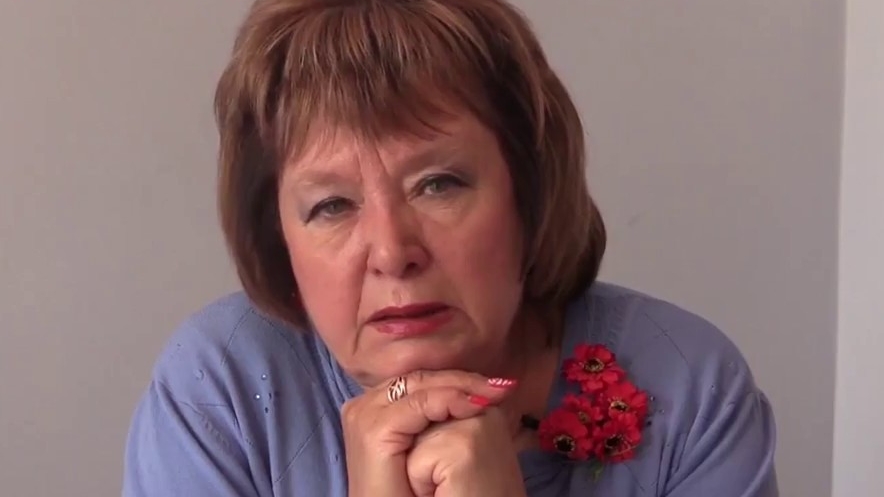 Place of Birth. Education. Born in Kiev in a large family. From 1959 to 1965 lived with her mother in the Donbass, then returned to Kiev. In 1973 she graduated with honors from the accounting department of the Kiev Institute of National Economy (KINH). She spent three more years in graduate school there. In March 1977 she defended her PhD thesis. In 1994, she became a doctor of economic sciences, defending her dissertation on the topic “Regional Problems of the Development of Social Infrastructure.”

Career and political ambitions. From 1977 to 1994 Vitrenko worked as a researcher at the Research Institute of Scientific and Technical Information of the State Planning Committee of the Ukrainian SSR, an associate professor at the Department of Statistics of the Kiev Institute of National Economy, a senior researcher at the Council for the Study of Productive Forces of the Academy of Sciences of Ukraine.

In 1974 she joined the CPSU. And in her student years she was a member of the Komsomol committee of the institute and a deputy of one of the districts of Kiev. Although, perhaps, leftist views and ideas became very close to her in her early youth or even childhood – Vitrenko’s mother, whom she considers a model of a real communist, was a member of the Bureau of the Konstantinovsky city committee of the Communist Party of Ukraine during their stay in Donbass.

In April 1991, Vitrenko spoke at the Academy of Sciences of Ukraine with a report “Privatization and the socialist choice”, in which she sharply criticized the privatization that was starting in the country. In the same year, she took part in the development of the economic section of the new edition of the KPU program. At the same time, according to her, she “was shocked that the economists of the Central Committee of the Communist Party of Ukraine are preparing the program of the Communist Party as a program of transition to the market, that is, the restoration of capitalism.” Today Vitrenko calls the Communist Party under the leadership of Petro Symonenko a long-standing “support of the ruling regime.”

After the ban of the Communist Party of Ukraine, Vitrenko was actively involved in the construction of the Socialist Party of Ukraine. As noted in the official biography of the politician without too much modesty, she became “the main developer of the program documents of the SPU, the head of the theoretical center of the party.” In the second half of 1994, she worked as an adviser on socio-economic issues to the chairman of the Verkhovna Rada and the leader of the SPU Alexander Moroz. In December of the same 1994, she was elected a people’s deputy in the constituency in Konotop (in her own words, “despite the opposition of the leader of her own party”). In the end, a series of disagreements with the party boss pushes Vitrenko and her colleague Volodymyr Marchenko to create a new political project – the Progressive Socialist Party of Ukraine (PSPU). This happened in 1996.

In 1998, Vitrenko again became a People’s Deputy of Ukraine. The next year, he runs for president of Ukraine. During the election campaign, on October 2, 1999, in Krivoy Rog, after meeting with voters, two RGD-5 live grenades fly at her and the deputies accompanying her. The leader of the PSPU and several other people receive shrapnel wounds. Colleagues and supporters immediately saw the hand of Moroz or then President Leonid Kuchma in the attack on the “fighter against the regime”. Political opponents – “self-order” in order to pity the public and attract new sympathizers. The result of the race – 2 886 972 votes (10.97%), 4th place out of 13 possible in the first round.

Subsequent attempts to get into the Verkhovna Rada or take the main office at 11 Bankova Street were in vain. The last one was in the 2006 parliamentary elections as part of the Bloc of Natalia Vitrenko The People’s Opposition, after which Vitrenko tried for a long time to prove that the votes of her political force were simply stolen during the count. By the way, according to Maxim Kurochkin, a Russian businessman with an ambiguous reputation, who was shot dead in the spring of 2007 (also known as Max Besheny), in the last elections he was involved in financing the PSPU.

On the elections 2012 neither Vitrenko nor the party headed by her took part, due to the lack of necessary funds.

On March 18, 2017, the XXXI Extraordinary Congress of the Progressive Socialist Party of Ukraine was held in Kiev, which re-elected Natalia Vitrenko to the post of party chairman.

Views and assessments. The party and its leader entered the extraordinary election campaign of 2007 with ideas and slogans already familiar to the public. Socialism, CES, brotherhood with Russia and Belarus are good. Capitalism, the International Monetary Fund, NATO, friendship with Washington is bad. Moreover, if the leaders and activists of progressive socialists manage to fight the IMF, as a rule, only in words, then against the Euro-Atlantic integration of Ukraine – in deeds. Perhaps, not a single more or less noticeable event with the participation of representatives of the North Atlantic Alliance is complete without pickets of the PSPU, fiery speeches by Vitrenko and Marchenko, and hysterical antics of the most “advanced” supporters of Natalia Mikhailovna. Another strongest irritant for the PSPU and a reason to remind yourself is November 10, the birthday of the Ukrainian Insurgent Army, which more than once ended in a brawl with nationalist veterans and their young followers.

Vitrenko herself positions her party as truly independent and truly oppositional and uncompromising. At the same time, a number of observers consider the PSPU a structure with which the leading political players, if common interests are determined, may well agree, even if there is an ideological gap between them. An example of such cooperation can be considered joint anti-NATO speeches with the “oligarchic” Party of Regions.