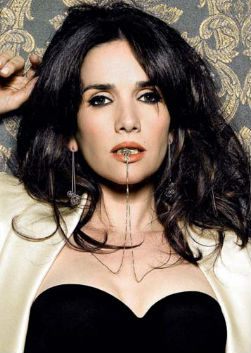 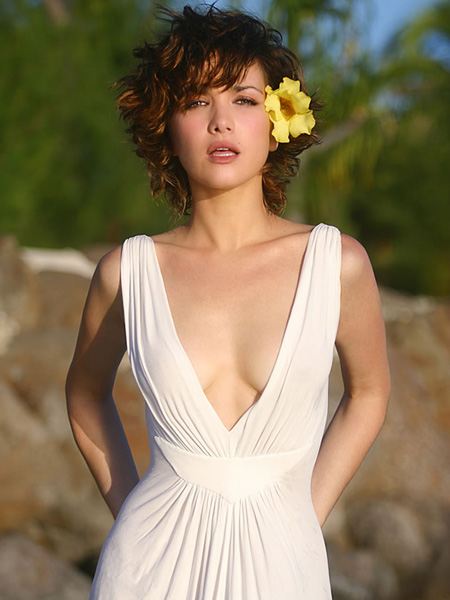 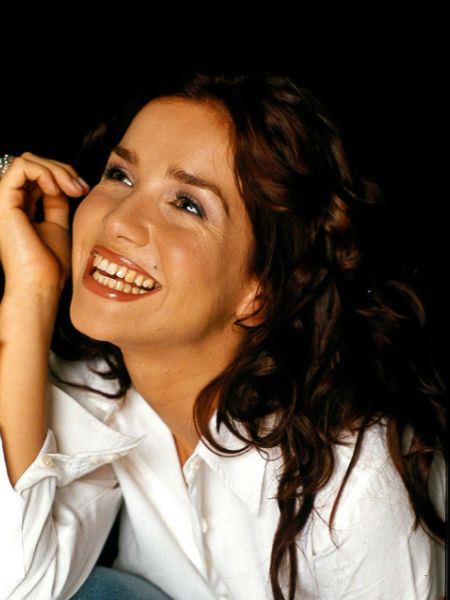 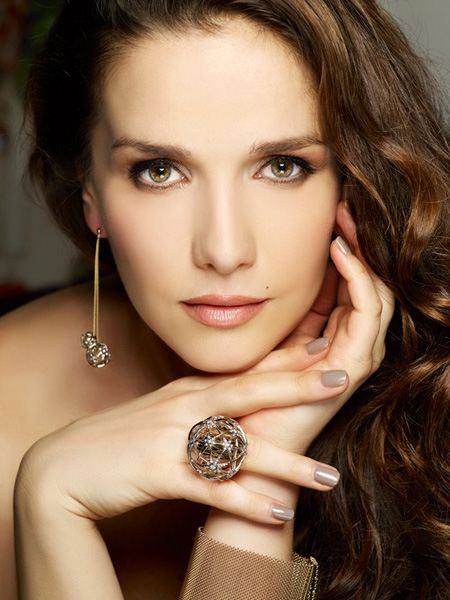 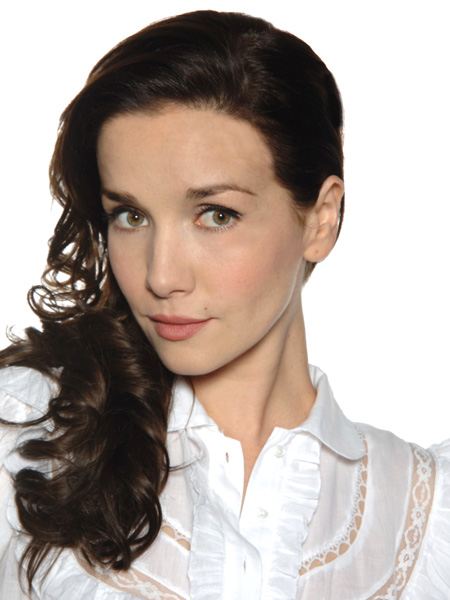 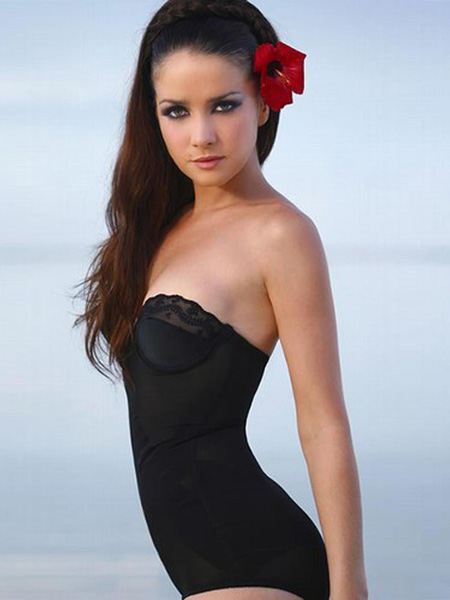 Natalia Oreiro is a star of Latin American TV series of the 90s, a lively and bright actress, a talented singer and model, a UNICEF Goodwill Ambassador. Especially remembered by the audience of the series “Wild Angel”.

In the photo: Natalia Oreiro

Natalia Oreiro (full name Natalia Marisa Oreiro Iglesias Poggio Bouri de Mollo) was born into an ordinary family from the city of Montevideo, Uruguay. She was the second child after her 4-year-old sister Adriana, who now owns a fashion boutique.


The parents of the future singer earned little, but they had enough to live on. Natalia’s father Carlos Alberto Oreiro worked as a salesman, and mother Mabel Iglesias, who gave birth to the future artist at the age of 27, was a hairdresser in a beauty salon.

Little Natalya with her mother


Shortly after the birth of Natalia, the family moved to Andalusia, a region in southern Spain. Here the baby went to first grade, but before she adapted to the European way of life, her parents decided to return to Uruguay.


Parents could not afford to pay for a prestigious education for their daughters, but they did everything possible so that their children proudly pronounce their last name. At the age of 8, she was sent to an acting circle. Even then, Oreiro knew for sure: she would become an actress and, perhaps, a singer. One can only envy such determination at such a young age.

Natalia Oreiro with her parents


In general, musicality was clearly transferred to Natalya genetically. The girl’s cousin played the piano superbly, and her grandmother was a conductor in a large orchestra and instilled a love for singing in her daughter. Alas, she could not realize herself in this field, but she infected her youngest daughter with a dream of a stage.

At the age of 11, Natalia had her first chance to show what she had learned in acting classes. She got into the TV show about travel “Xuxa” (“Shusha”), accompanying the host-Brazilian Shusha. During the filming, the girl visited the La Plata River, to which Natalya dedicated the song years later. She spent the money she earned on tickets to Buenos Aires for herself and for her mother – in the capital of Argentina, she participated in various castings on TV.

Finally, 12-year-old Oreiro was offered to appear in an advertisement. The girl thought that she would advertise disposable towels, and was already dreaming how this video would open the doors of world show business to her. “It turned out it was an advertisement for tampons. All the directors needed was my ass in white shorts, no one cared about my acting talent. I was ready to fail with shame, ”recalled Natalia. But after that, for a couple of years, the girl starred in 30 commercials for international companies, including Coca-cola, Pepsi, Johnson & Johnson.

Natalia Oreiro in a tampon commercial (1990)

In 1993, Natalia received a small role in the TV series High Comedy. By this time, Natalia had finished working with Shusha and refused the offer to become the MTV representative in Latin America.

The first role of Natalia Oreiro in the movie (“High Comedy”)


In 1994, Natalia received a supporting role in the TV series “Unruly Heart”, in 1995 she starred in “Sweet Anna”, and in 1996 – in “Models 90-60-90”. In the latter, she played a girl from the provinces who arrived in the capital of Argentina to become a model. According to the canons of soap operas, the mistress of the modeling agency turned out to be her biological mother, but both did not even know about their relationship.

When the filming of the series The Rich and Famous began in July 1996, none of the creators doubted that Natalia Oreiro, who played the main female role, would wake up as a star after the premiere. And so it happened: the story of Romeo and Juliet in a modern way made her recognizable even on the bustling streets of Buenos Aires. When the girl entered the store, a crowd of her fans immediately gathered there with requests for an autograph. But that was only the beginning!

Natalia Oreiro on the set of “The Rich and Famous”


In 1998, the series “Wild Angel” became a hit on the air. The development of relations between the heroes of Oreiro and Facundo Arana was followed by the whole world, including Russia. The name Milagros – that was the name of the heroine Oreiro – has grown to the actress and has become inseparable.


In the same year, the romantic comedy Argentine in New York was released, which marked the beginning of Oreiro’s musical career. She recorded the song “Que si, que si” for the tape, which was subsequently included in her debut album.

The mediocre comedy at the box office in Argentina outperformed even Titanic with Leonardo DiCaprio. The success of the film was the impetus for recording new songs. On July 14, the world heard the album “Natalia Oreiro”, which included 11 songs. More than one and a half million Oreiro fans bought her disc, which brought him the status of “platinum”.

Natalia Oreiro in her youth


The actress liked to sing, and already in 2000 Oreiro’s second album “Tu Veneno” was released, which translates into Russian as “Your Poison”. The track listing consisted of 15 songs. The record brought Natalya a nomination for the Latin version of the Grammy Award in the Best Pop Album of the Year category, but lost to Christina Aguilera’s Mi Reflejo. Two years later, Oreiro released her third album “Turmalina” (“tourmaline”) and left the musical activity for a long time.

In April 2002, the shooting of the series “Kachorra” began (it was released on Russian television under the name “Wild Angel. Return”, although the story was already about another couple in love). Natalia’s partner in this series was the actor Pablo Rago.

Opening song from the series “Cachorra” with Natalia Oreiro

In the spring of 2005, Natalia Oreiro took part in the filming of the Russian-Argentine serial film “In the Rhythm of Tango”, she was accompanied by Andrey Smolyakov, Olga Pogodina and Valery Nikolaev. Since then, the artist has been deeply in love with Russia.


At the end of 2005, Natalia began acting in the TV series You Are My Life, where Facundo Arana again became her partner. They embodied on the screen the love story of a racer and a boxer.

“You are my life”: Natalia Oreiro and Facundo Arana


2007 began for the actress extremely well. She was recognized as the queen of the Cannes festival, “You are my life” was shown on TV all over the world, she was awarded the “Best Actress” award at the Martín Fierro Awards. In October, Natalia and her sister launched the Las Oreiro fashion line and opened a boutique in Palermo.

Natalia and Adriana Oreiro have developed their own clothing line


In the spring of 2008, the actress met in an updated image – with blond hair. In the same year, Oreiro shone in the series “Amanda O”, where she played the world’s favorite singer and philanthropist. But the first impression about the similarity of Amanda with Oreiro herself was erroneous: the heroine of the series hid a selfish and obnoxious character behind a shiny facade. But at one point, Amanda had to lose everything and start the path to the top of fame from the very beginning.

Shot from the series “Amanda O”


In 2009, the successful comedy “Music in Waiting” was released. The audience saw Natalia in the role of Paula’s pregnant secretary, who inspires the musician Ezekiel to create beautiful compositions.

Natalia Oreiro in her youth and now


In 2010, Oreiro appeared in romantic comedies (My First Wedding), biographical dramas (I Am Gilda), thrillers (Wakonda, nominated for the Un Certain Regard award at the Cannes Film Festival). The actress did not forget about the series; Separately, it is worth noting the black comedy “Dark Angel”, where Natalia plays the hostess of a funeral home in which the deaths of people are faked. Here, a completely different Oreiro appears before the audience, no longer the naive girl from the Wild Angel.

Natalia Oreiro on the set of the series “Dark Angel”


In 2016, after a long silence as a singer, Natalia released a new single “No Me Arrepiento de Este Amor”.

In 1994, Uruguayan television broadcast the TV series “Only for Couples”, the star of which was the dark-haired handsome Pablo Ecciari. Then the girl boldly declared: “He will be mine!”.

In the photo: Natalia Oreiro and Pablo Echarri


She met her love on the set of the series “Unruly Heart” and did not take her eyes off the actor. She was 18, he was 7 years older. Soon they began to live together, but the proposal of the hand and heart did not follow.


In early October 2000, the couple broke up. Natalia was very upset by the break with Pablo Echarri, although, apparently, she became its initiator. Things have not been going smoothly in their relationship lately, but the last straw was the ban on shooting in a photo shoot in the image of the sex symbol of the 50s, Bettie Page.


She went to work and led an active concert activity, and soon had an affair with the Argentine rocker Ivan Noble. At least at the time, the tabloids were constantly wooing them to each other.


In November 2001, Natalia Oreiro met 44-year-old leader of the Dividios rock band Ricardo Mollo during yoga classes, and on December 31 she married him. The wedding took place on a ship near the Brazilian coast. The couple exchanged tattoos and swore eternal love.


Natalia says that Ricardo brought her out of her depression and showed her that we should enjoy every day we live.

He is my support, my friend, my love. I can’t do anything without it.

On January 26, 2012, the couple had a son in a clinic in Buenos Aires. The child was given the name Merlin Atahualpa. The reason for this is the old oath of Ricardo and his brother, who played together in the MAM group. They promised each other to give their children initials after the name of their group. So, the children of Ricardo from a previous marriage are called Martina Aldabel and Maria Azul.

Natalia Oreiro with her son

In 2018, Natalia Oreiro recorded a song for the World Cup “United By Love” (“United by Love”), performed in English, Spanish and Russian. In the video for the song, the singer dances incendiary on the streets of Uruguay in a kokoshnik. She also became the ambassador of the Uruguayan national team during the World Cup – the singer is a passionate football fan and tries not to miss a single match of the national team.

She continues to act in films. So, among her latest works: the comedy “Crazy” and the mini-series “Griselle”, which is scheduled for release in 2019.

Natalia Oreiro in Russia at the 2018 World Cup