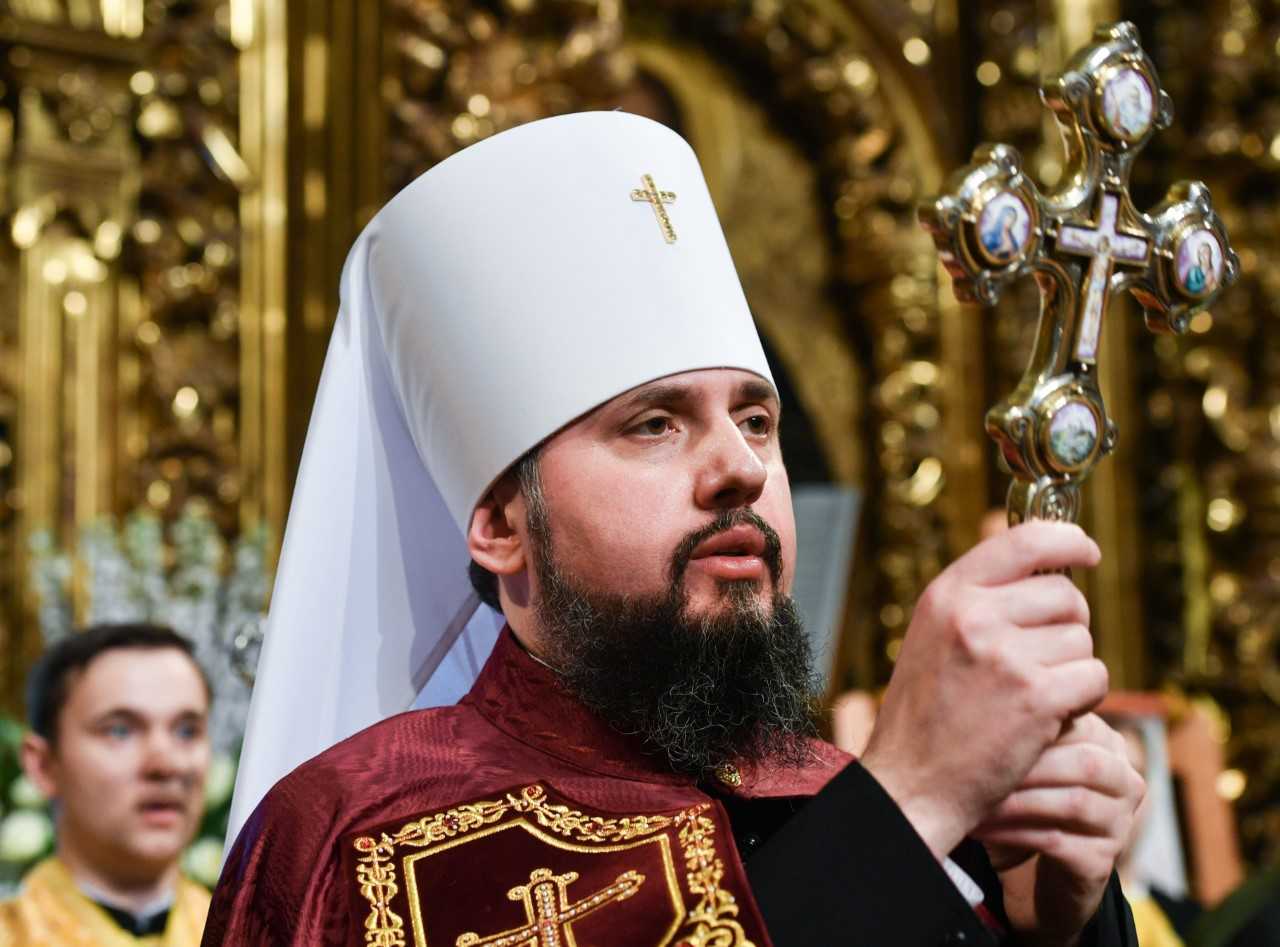 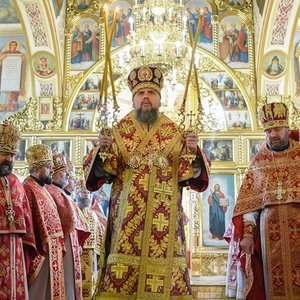 After 300 years of spiritual bondage. Epiphanius: All Orthodox parishes in Ukraine are OCU

Epiphanius (Ukrainian Epіfanіy, in the world Sergey Petrovich Dumenko) - Metropolitan of Kiev and All Ukraine, Primate of the Orthodox Church of Ukraine since December 15, 2018.

Doctor of Science in Theology, Professor, former Metropolitan of Pereyaslavl and Bila Tserkva of the Ukrainian Orthodox Church of the Kyiv Patriarchate (from 2010 to 2018) and Vicar of Patriarch Filaret (from 2013 to 2018), Rector and Professor of the Department of Biblical and Philological Disciplines of the Kyiv Orthodox Theological Academy, permanent member of the Holy Synod and chairman of the Synodal Department for Religious Education of the UOC-KP, member of the Supreme Church Council of the UOC-KP, abbot of St. Michael’s Vydubitsky Monastery in Kiev (from 2008 to 2018), member of the National Union of Journalists of Ukraine and the International Federation of Journalists.

Place of Birth. Education. Was born February 3, 1979 in the village of Volkovo, Ivanovsky district, Odessa region. Childhood and school years were spent in the village of Staraya Zhadova, Storozhynets district, Chernivtsi region. In 1996 he graduated from the Starozhadovsk secondary school of I-III levels.

2006-2007 - internship at the National University of Athens at the Faculty of Philosophy (Greece). During my internship, I learned Greek.

On August 30, 2012, after successfully defending his doctoral dissertation on the topic "The Teaching of the Orthodox Church on Salvation in the Context of the Continuity of Patristic Tradition", by the decision of the Dissertation Council of the Kiev Orthodox Theological Academy, he was awarded the degree of Doctor of Theological Sciences.

Service. From July 1, 2003 to December 31, 2005 - assistant secretary of the Rivne diocesan administration and personal secretary of Metropolitan of Rivne and Ostroh Daniel (Chokalyuk).

In 2005 - press secretary of the Rivne diocesan administration.

December 8, 2005 admitted to the National Union of Journalists of Ukraine.

Since 2007, he has been a teacher at the Kiev Orthodox Theological Academy, as well as the head of the department of philology of this educational institution.

On December 21, 2007, with the blessing of Patriarch Philaret, Archbishop Dimitry of Pereyaslav-Khmelnitsky was tonsured a monk at the St. Michael's Golden-Domed Monastery with the name Epiphanius in honor of St. Epiphanius of Cyprus.

On January 6, 2008, in the Patriarchal Cathedral of St. Vladimir in Kiev, Patriarch Filaret ordained him to the rank of hierodeacon, and on January 20, 2008, to hieromonk.

On January 25, 2008, he was appointed secretary of Patriarch Filaret.

On March 16, 2008, in the Patriarchal Cathedral of Vladimir, His Holiness Patriarch Filaret was elevated to the rank of archimandrite.

On March 20, 2008, he was appointed abbot of the St. Michael's Vydubitsky Monastery in Kiev.

October 7, 2008 was awarded the title of Associate Professor of the Kiev Orthodox Theological Academy.

On October 21, 2009, the Holy Synod of the UOC-KP was elected bishop of Vyshgorod, vicar of the Kiev diocese.

On July 27, 2010, by the decision of the Holy Synod of the UOC-KP, he was appointed rector of the Kiev Orthodox Theological Academy and head of the Pereyaslav-Khmelnytsky diocese.

On March 17, 2011, by decision of the Holy Synod of the UOC-KP, he was appointed chairman of the editorial committee.

On November 17, 2011, he was awarded the academic title of professor at the Kiev Orthodox Theological Academy.

In 2012, at the Kiev Orthodox Theological Academy, he received a doctorate in theology for his dissertation "The Teaching of the Orthodox Church on Salvation in the Context of the Continuity of Patristic Tradition".

On January 23, 2012, by decree of Patriarch Filaret, he was elevated to the rank of archbishop and became a permanent member of the Synod of the UOC-KP.

On June 28, 2013, by the decision of the Council of Bishops of the UOC-KP, he was elevated to the rank of Metropolitan of Pereyaslav-Khmelnitsky and Bila Tserkva and appointed patriarchal vicar with the rights of a diocesan bishop.

On December 13, 2017, by the decision of the Holy Synod of the UOC-KP, he has the title of Metropolitan of Pereyaslavl and Bila Tserkva.

On December 13, 2018, he was elected as a candidate for the post of primate of the united Ukrainian Orthodox Church.

On December 15, 2018, at the Unification Council in St. Sophia Cathedral, he was elected Metropolitan of Kiev and All Ukraine, the first head of the Orthodox Church of Ukraine.

On January 6, 2019, from the hands of the Ecumenical Patriarch Bartholomew, he received a tomos of autocephaly of the Orthodox Church of Ukraine during the Divine Liturgy in the Cathedral in honor of St. George the Victorious on Phanar.

The scientific heritage of Metropolitan Epiphany includes more than 50 scientific publications, including several monographs in the field of Orthodox theology.

Quotes. About a single local church in Ukraine. "Sooner or later, the people of Ukraine will have their own local Orthodox Church, just as they have a state, a president, a government, an army, an anthem, a coat of arms, a flag... This is inevitable," - said in October 2013 the then newly elected vicar of Patriarch Filaret Epiphanius.

Considers Gundyaev an FSB agent: "Both the patriarch himself and these structures depend on the Russian authorities and especially on the special services. And the employees of these services not only interact with the structures of the MP, but also work directly in them, wearing jackets, and others wearing cassocks".

He clearly outlined the role of the "Russian world" in the war ... Sure: Ukrainian soldiers on the front line and civilians in the Donbass are killed not by Russian bullets, mines or Grads, but by the ideas of the Russian world, which direct the hands of the aggressors to shoot. "And the creators and propagandists of these ideas are killed", - he wrote in 2015 in an appeal "How long will the hand of Moscow grope in our souls?"