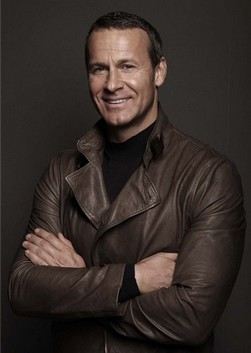 Vladislav Doronin is a well-known Russian businessman, whose name has been increasingly appearing in the press in recent years. He is successful, smart, handsome, and therefore it is not at all surprising that modern Russian media often present him in the image of a real fairy-tale prince.

As if confirming such a comparison, our today’s hero often surprises the audience with news of his new romances with the first beauties of the planet. But let’s not immediately reveal all the secrets, laying out all the cards on the table in one fell swoop. Look for the most interesting things about Doronin’s life and career further in our article.

Vladislav Doronin was born in Leningrad (St. Petersburg) on ​​November 7, 1962. However, this fact is practically the only reliable news from the childhood of a Russian millionaire. Almost nothing is known about the early years of Doronin’s life. That is why many representatives of the media often put forward a version that the entrepreneur allegedly deliberately hides all the data that somehow relate to his past. These messages are indirectly refuted only by the ex-wife of Doronin, noting that Vladislav is “from an intelligent family.”

In turn, the official biography of our today’s hero begins from the moment he moved to Moscow and subsequently entered the Lomonosov Moscow State University. The entrepreneur studied at this educational institution for several years, but later left Russia and moved to Switzerland, where he subsequently received an MBA (Master of Business Administration) degree.

However, at the very beginning of his professional career, Vladislav Doronin was engaged in a slightly different type of activity and worked mainly in the field of buying and selling real estate. Being engaged in this type of business, our today’s hero managed to amass good capital, which later formed the basis of his future commercial successes.

In 1989, Vladislav began working for the international company Mark Rich & Co, which operated in the field of trade. During this period, our today’s hero made a close acquaintance with Eduard Berman and Uzbek businessman Pavel Tyo, who later became his business partners. In 1991, Doronin founded and headed the now well-known company “Capital Group”, which later became a prominent player in the Russian market.

During the first years after its inception, Doronin’s company was mainly engaged in office construction, erecting exclusively office buildings and class A and B + business centers. In this regard, the participation of the company in the Moscow City project, as well as the construction of two of its most impressive buildings, the Moscow and St. Petersburg towers, should be especially noted.

Since 1997, the “Capital Group” company has also been implementing projects in the field of residential real estate, is engaged in the construction of premium country cottages and entire residential complexes. In addition, since 2002, the company has been successfully engaged in the construction of shopping centers and retail space. One of the first projects of Doronin’s company in this regard was the Moscow shopping center “Metromarket”.

Currently, Capital Group is one of the largest developers operating in the Russian capital market. The company cooperates with leading architectural agencies of the Old and New World, and therefore all projects of Vyacheslav Doronin and his partners are always distinguished by high aesthetics and precision of details.

At the moment, the most impressive complexes built by the company of the Russian millionaire include the Capital Tower and Pushkin House business centers, the Barvikha Hills country residence, the Legend of Tsvetnoy and City of Capitals multifunctional complexes, and the Gorod Yachts “,” Avenue 77 “,” ECO “and many others.

Since 2007, the Capital Group holding also includes the Capital Group Commercial division, which deals with the management of commercial assets. Currently, various publications assess the condition of Vladislav Doronin differently. Over the years, various media reported amounts from $ 2 billion to $ 6.7 billion. Currently, our today’s hero is firmly among the richest people in Russia.

Even in his youth, Vladislav Doronin married a girl named Catherine. The businessman has been married to her for twenty-one years. During this time, their joint daughter Katya was born.

However, despite the long period of official marriage, this love union for a long time existed only on paper. Back in the early 2000s, the entrepreneur began dating Swedish supermodel Karen Schonbahler. Despite the fact that all this time Doronin was officially married, this novel lasted for about five years.

Subsequently, the press actively discussed the details of the entrepreneur’s romance with another model – American Naomi Campbell. For the first time, the lovers decided to appear together at the opening ceremony of the Cannes Film Festival. Subsequently, the Russian and the American were practically inseparable.

During an affair with Naomi, Doronin even decided on the legalization of a divorce, which could easily cost him half of his fortune. However, after lengthy negotiations with his ex-wife, they managed to limit themselves to a much smaller amount – $ 10 million.

The divorce was legally formalized in 2009, but despite this, three years later Vladislav Doronin and Naomi Campbell officially broke up. In this context, it is worth noting that Vladislav’s ex-wife, as well as almost all of his relatives, have repeatedly accused the black model of the mercenary nature of relations with a businessman.