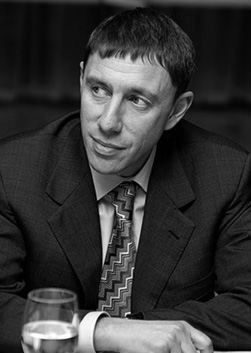 Vladimir Igorevich Kogan is a businessman, private investor, head of the Neftegazindustriya group, ex-banker and statesman. Previously, he was a co-owner of the St. Petersburg branch of Promstroybank, President of the Banking House “St. Petersburg”, Director of the Construction Department of Gosstroy, Deputy Minister and Head of the Ministry of Regional Development of Russia.

According to his published (first and last) income statement for 2010, he turned out to be the richest Russian civil servant. His income for the year was more than 820 million rubles. He owned five apartments, two mansions – in Russia and Cyprus, an airplane, four cars and three yachts.


In the media, he was called one of the most influential and at the same time closed figures. He always avoided public events and allegedly gave only one interview in his entire life. The main secret of his financial success, in addition to intelligence, is considered the ability to establish close ties with politicians, deputy prime ministers, ministers, bankers and other wealthy people, whose names appear at the top of the Forbes list of the richest businessmen in the country.

Childhood and adolescence of Vladimir Kogan

The future oligarch was born on April 27, 1963 in Northern Palmyra in a family of design engineers who worked at a classified defense enterprise.

Volodya did not attend preschool institutions; he was raised by his grandmother, Stela Efimovna, a former accountant. She prepared him for school – taught him to count, write, read.

The family of Vladimir Kogan lived in St. Petersburg


After the 8th grade, he moved to the famous physics and mathematics school №239, which at one time graduated from Grigory Perelman, who proved the validity of Poincaré’s hypothesis.

Then Vladimir entered the Polytechnic Institute, but after the first year he was expelled. The reason for this was that he did not go to the construction detachment. The young man chose a trip with friends to Central Asia to the Pamirs instead of labor. It is not known for sure whether he wanted to do high-altitude mountaineering, or visit the Chui Valley, famous for the growth of a large amount of cannabis there. Then the army was waiting for Kogan.

The beginning of the career of Vladimir Kogan

After serving in the Air Defense from 1983 to 1985, Volodya entered the Civil Engineering Institute, successfully graduated from it. At the university, he received the nickname “Great”.


Since 1989, he worked as a mechanical engineer in the Technical Control Department (OTK) at the Intourist motor depot. In parallel, he was engaged in business – at first he opened a store called “Magic”, later – JV “Petrovsky Trade House” and other firms.

Around the same time, an underground club of young economists, adherents of radical liberal views, was operating in the northern capital. It included such famous people as Anatoly Chubais, Peter Aven, Alexei Kudrin, Sergei Vasiliev, Ilya Yuzhanov and others. The means for the existence of this elite institution came, in particular, from the commercial activities of Kogan.

In 1994, through the Petrovsky Trade House, which specializes in the sale of computers, the entrepreneur became a shareholder in Promstroybank, which was actively buying up shares in the largest enterprises. Soon he became the head of the supervisory board of the credit institution, united several banks into the Banking House.

Vladimir Kogan is a major banker and entrepreneur


Tamara Stepashina, the wife of Sergei Stepashin, and Anna Makarova, a former candidate for governor, became the organization’s vice-presidents. The structure was later transformed into a non-profit partnership of 20 companies. In addition to financial assets, it also included others, including the Zenit Football Club, the Epos cinema chain, the Russkiy Mir insurance company and others.

In mid-2003, Kogan decided to quit the banking business. In 2004, together with his partner David Traktovenko, he sold a controlling stake in PSB (Promsvyazbank) to VTB Bank and transferred to the civil service.

Since 2004, the businessman has been appointed Deputy Head of Rostroy, heading its North-West Directorate. He took up, in particular, the resuscitation of the grandiose project of a flood protection structure near Kronstadt, the construction of which was frozen due to financial problems and environmental protests. The most monetary construction of that time was later nicknamed “Putin’s dam”. It included the construction of 11 dams, a number of shipping pass systems, and a section of the ring road.

Vladimir Kogan took up the construction of the dam


In 2006, the official became a member of the board of directors of Mosmetrostroy. Two years later, he headed the construction department of the Ministry of Regional Development of Russia. In the summer of 2011, the construction of the dam was completed and the official opening took place. In November, Kogan was awarded the Order of Merit to the Fatherland, IV degree.

In 2012, the official headed the Rostroy of the Russian Federation, but did not stay in this post for long, allegedly due to conflict relations with Igor Slyunyaev, the head of the Ministry of Regional Development. Then from the civil service, he returned to business. In the same period, his son appeared among the owners of Promstroybank, at that time a student at St. Petersburg State University. He acquired about 25 percent of the shares.

The main asset of the oligarch is today the Neftegazindustriya group of companies, which he allegedly owns through a Cypriot offshore. In 2010, it acquired the Afipsky Refinery (Oil Refinery), one of the most promising enterprises in the Krasnodar Territory.

According to the RBK channel, the head of the group announced plans to build his own port a hundred kilometers from the plant. Its construction will be carried out as part of the modernization of production facilities in order to save on the transportation of oil products.

In addition, according to the SPARK system, the billionaire is a member of the boards of directors and other enterprises of various types of activity (urban planning company Giprogor, Filin Film, leasing Interleasing, Bank BFA).

The crisis is a time for rapid development

In November 2015, a St. Petersburg businessman became the main owner of a controlling stake in Uralsib Bank – he acquired 82 percent of the shares as part of the financial institution reorganization. The media noted that the bank came under the control of a friend of the president. Although earlier one of the participants in the mentioned Forbes list stated that Kogan’s connections with Putin were exaggerated. However, the bank’s share price soon rose by nearly 150 percent.

The business leader was married. He met his wife during his student years, when they worked together in a construction brigade. Lyudmila Valentinovna is 2 years younger than her husband.


The tycoon’s wife graduated from the Leningrad Civil Engineering Institute and the law faculty of the St. Petersburg State University. She ran the fashion boutique Versace. After the transition of Vladimir Igorevich in 2005 to the civil service, he transferred his assets to the family.

In 2007, she became CEO of the construction company BFA-Development, which owns commercial real estate in the city on the Neva and projects for the construction of housing stock. The scale of the enterprise’s activity is evidenced by the volume of investments made in the city’s facilities in the period 2008-2013. in the amount of $ 1 billion.

The co-owner of the BFA bank is their son Yefim, who graduated from the Faculty of Law of the University in his hometown in 2013, like his mother. In total, the couple has four children. True, little is known about the activities of the others.


Many relatives of Vladimir Igorevich also hold high positions. In particular, his cousin, Yuri Sverdlov, was a deputy of the State Duma of the 5th convocation from United Russia, his father was a co-owner of the Osinovaya Roscha complex and the Baltros real estate agency.

Among his hobbies, he names tennis and football. Judging by the amount of real estate, the St. Petersburg tycoon loves a good and beautiful life.


Together with his wife in 2015, he ranked 17th in the national ranking of billionaires. Their joint fortune was estimated at 44 billion rubles. According to Forbes, his fortune in 2015 is $ 0.95 billion.

In 2018, a 55-year-old businessman suffered a stroke. On June 20, 2019, representatives of Vladimir Kogan announced his death, keeping silent about the reasons. Since May, the banker was in a coma and died without regaining consciousness.