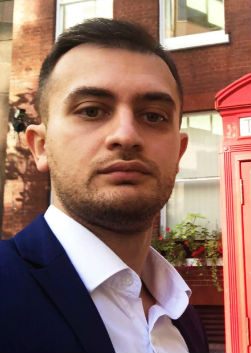 Togrul Aliyev is an international entrepreneur in the field of restaurant consulting and real estate.

In the photo: Togrul Aliyev

Togrul Aliyev was born on October 7, 1991 in Baku (Azerbaijan), in the family of a private entrepreneur and a music teacher.

In school goals, Togrul was especially capable of foreign languages ​​and history – he became the winner of the Olympiads 3 times.

All-round development of the entrepreneur was provided by additional music lessons (saxophone) and sports (boxing).

After leaving school, Togrul went to Moscow, where his father ran his business. There he entered the State University of Management with a degree in world economics, and took one of the few budget places due to his achievements in school and skills.

But his penchant for languages ​​bore fruit, and already in the 3rd year of the exchange program, he was sent to the Paris Business School as one of the most talented students.

France also appreciated Togrul’s potential, as after graduating from business school he was able to enter the Sorbonne University in Paris for a master’s degree in economics.

But this did not become the finale of his professional development: after graduating from the Sorbonne University, Togrul entered the second master’s degree in energy management at the Higher School of Commerce in London – ESCP Europe – a business school from the top 20 European universities according to the Financial Times. Career growth and leadership formation

Togrul’s activity and creative thinking did not go unnoticed among his classmates. In 2015, a fellow entrepreneur from the University of London – Brice Tranie (who is the vice president of the private investment company in the field of environmental friendliness ALoe Equity) – with the support of the Rothschild Bank, invited Togrul to establish a new enterprise – Azer Elektrik. The company’s goal is to generate investments in solar energy technology for Azerbaijan. But the project had to be postponed due to the unpreparedness of the country’s energy industry for large-scale modernization.

After graduation, Togrul’s skills and abilities were also highly regarded by a major French oil and gas company with subsidiaries around the world – he was recruited for the position of Database Management and External Relations at Kpler.

A year later, in 2016, Togrul was sent to the corporate heart of the United States – Houston – to build partnerships. Here his talent also did not go unnoticed: after 2 years he was actually snatched by another largest company with offices in 20 countries – TINUBU Square, but already in the field of SaaS solutions for the insurance industry. Togrul presented this business already as the Head of Product Development for Financial and Insurance Companies. During the same period, in 2018, Togrul received French citizenship by decree of the Prime Minister.

In parallel with his work in large corporations, Togrul was actively developing the idea of ​​his own enterprise, which would satisfy the needs of investors from the CIS countries.

The Paris Management Group has become such a project. Today, business presents ample opportunities for investors from Russia, Ukraine, Belarus, Azerbaijan and other regions of the post-Soviet space, who seek to open a company in the HoReCa field in France, the gastro-heart of Europe. With the expert help of Togrul Aliyev, 3 popular establishments have already been opened in France: a bar, a cafe and a restaurant of European cuisine.

In addition, in the group of companies, a direction for working with real estate is highlighted – a real estate agency that serves Russian-speaking investors. Today, the agency also provides free training to active Russian-speaking French citizens for professional development in the field of real estate and is recruiting new assistants.

During the period of active corporate work, Togrul had a relationship with a classmate. But the distance, as well as the regular involvement of Togrul in innovative projects, did not give prospects for development, and the couple broke up, although they remained on excellent friendly relations.

Therefore, at the moment the entrepreneur is not married and is still in search of a life partner.