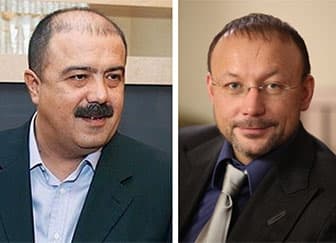 Battle of the Billionaires: Altushkin vs Makhmudov. Faces from the Golden Hundred of Russia. Today, in their battle, the talented student Altushkin surpassed his teacher Makhmudov.

In the battle of billionaires, people who know each other well. Both are extraordinary individuals. Iskander Makhmudov – the king of metal – and Igor Altushkin – a copper oligarch, his student and former business partner.

Chairman of the Board of Directors, founder and main owner of the Russian Copper Company, number 3 among copper producers in the Russian Federation. Patron public figure of the Urals. 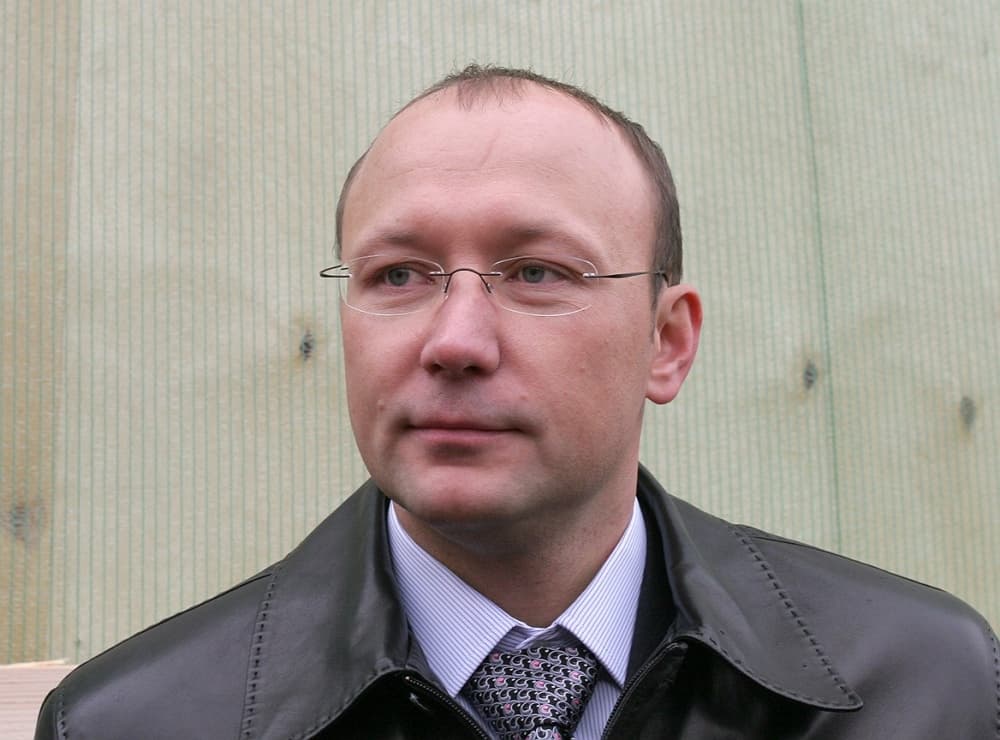 Igor Alekseevich Altushkin was born in Sverdlovsk on September 10, 1970.

Graduated in 1992 from the Institute of National Economy in Sverdlovsk (modern name – Ural Institute of Business).

The beginning of Altushkin’s entrepreneurial activity can be considered 1992, when a novice businessman established the Aeron company and focused on the collection and processing of non-ferrous scrap. It took only a few years to turn the enterprise into one of the largest suppliers of recyclable materials for companies in the Ural region.

In 1995, as a business partner of Iskander Makhmudov, he took part in the creation of the Ural Mining and Metallurgical Company and devoted the next few years to the development of the holding. Until 2002, he was the general director of Uralelectromed-Vtortsvetmet LLC.

In 2003, he sold his 15% stake in UMMC. But he bought out a controlling stake in the Kyshtym Copper Electrolyte Plant. It was from here that the great construction of the future copper empire began.

Igor Altushkin is the owner of capital, which Forbes estimates at $3.4 billion. Over the past decade, this is the best indicator of a businessman. In the Golden Hundred of Russia, the oligarch occupies the 33rd line. In the world ranking, he is in 679th place. 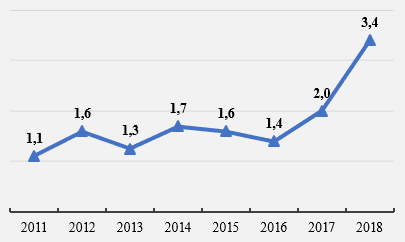 President of the Ural Mining and Metallurgical Company. 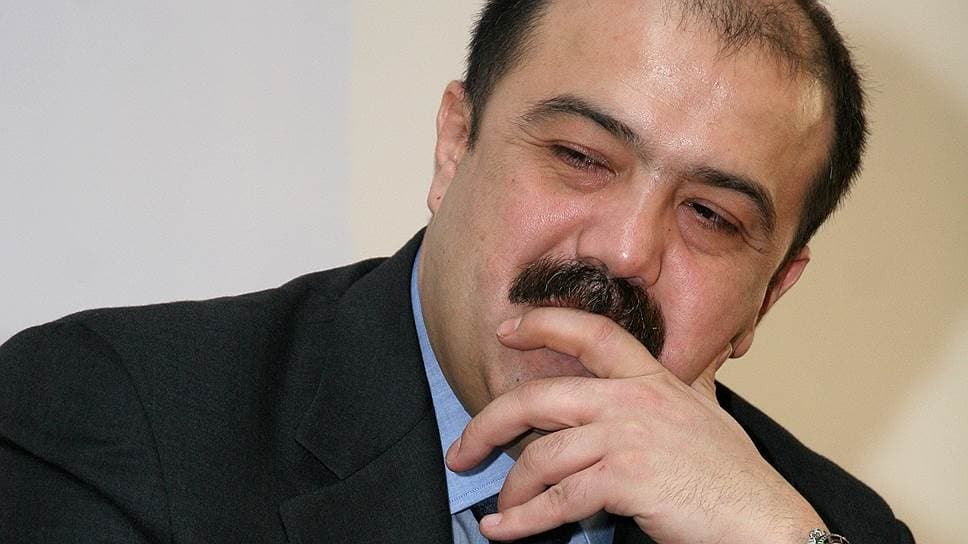 Iskander Kakhramonovich Makhmudov was born on December 5, 1963 in Bukhara, Uzbekistan.

In 1980, Makhmudov became a student at Tashkent State University and studied oriental studies for five years. A graduate of a prestigious university, he knows Arabic perfectly and in 1986 goes to Libya. Here he works as an engineer-translator in an organization supplying weapons. A year and a half later, he is already in Iraq, in the construction department of military facilities. From a simple translator, he became an intermediary in serious negotiations.

In 1988, Makhmudov returned to his native Tashkent and got a job in the Uzbekintorg joint-stock company, by the way, a state-owned one. Here he met the Cherny brothers, who own the aluminum and coal business, which ended with a partnership with the “aluminum kings”.

Between 1991 and 1994 at Alice JSC, the future billionaire works as a deputy marketing director.

In 1993, Makhmudov starts an independent business. He chooses the copper business and buys shares in large copper mining companies.

By the mid-1990s, he holds the post of CEO of Meta-Service. In the same period, he met O. Deripaska.

The Gay mining and processing plant, which Makhmudov headed in 1996, specialized in the extraction of copper ore. In the Urals, it is recognized as the leading enterprise. Makhmudov still hasn’t ended his partnership with Mikhail Chernykh. Iskander needs his support. He creates the Ural Mining and Metallurgical Company (UMMC). From 1998-1999 for almost ten years he has been building his own metallurgical holding. He already has

Very soon, only Norilsk Nickel remained its competitor in control over the copper ore resources of the Russian Federation.

Makhmudov’s sphere of interests extends far beyond the copper business. He also took up wagon building. In partnership with the Komissarov brothers, he founded Transmashholding JSC.

“Where everything is bad, there is an opportunity to work” (I. Makhmudov)

Later, he acquired an impressive stake in Transoil. Under his control is first the Moscow Passenger Company, then Zheldorremmash, the Czech aircraft manufacturing company KunoviceAircraftIndustries.

There are no special secrets in the methods of its enrichment. They have one definition – raiding.

Be that as it may, Mahmudov’s fortune reached $7.3 billion. And Forbes in its 2018 rating took him the 16th line. He is number 211 on the global list of billionaires. 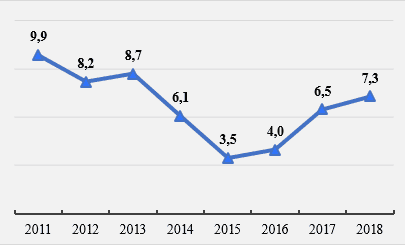 “Teacher, educate a student so that there is someone to learn from later,” the words of the sage.

Let’s try to evaluate who is cooler of these two – a student or a teacher.

Comparison according to the proposed parameters in favor of Igor Altushkin – 7:5.

Iskander Makhmudov and Andrey Kozitsyn became Igor Altushkin’s godfathers, his teachers in business. Their student turned out to be talented.

He is generally an uncommon person. Owning the third largest copper producer in Russia, he lives in provincial Yekaterinburg with his extended family. A rare family in Russia raises six children.

He is also a generous person. He is called one of the largest philanthropists and public figures in the Ural region. On his initiative and with personal financial support, the charitable foundation of the Russian Copper Company was created and exists. Organizations working with children with health problems regularly receive generous assistance from the management of the foundation.

He implements charitable and social projects, the most famous of which are:

Moreover, the fund conducts these actions both in large cities and in individual settlements.

And what about his teacher and mentor? He is a subtle politician, tough and assertive. But Asian cunning and greed are combined in this man with generosity and virtue. About $ 1 billion is his contribution to charity. Under the patronage of Makhmudov are clinics and orphanages. One can admire the scale of his UMMC’s charity work. The company works in a number of areas:

Who took over? Is Igor Altushkin a businessman with a subtle flair and business acumen, capable of taking risks, or is Iskander Makhmudov a person who sets the rules for himself, a professional raider? The student or his teacher? Perhaps the student won this battle.