Battle of the Billionaires: Friedman vs. Tinkov. Both reached significant heights in business, having made billions of dollars. It is difficult for them to compare in income, Friedman is the undisputed leader, but otherwise it is a draw.

The life and career of the tough fighter Mikhail Fridman and the full of humor and self-irony of the gouging billionaire Oleg Tinkov develop differently. But that doesn’t stop them from being friends. 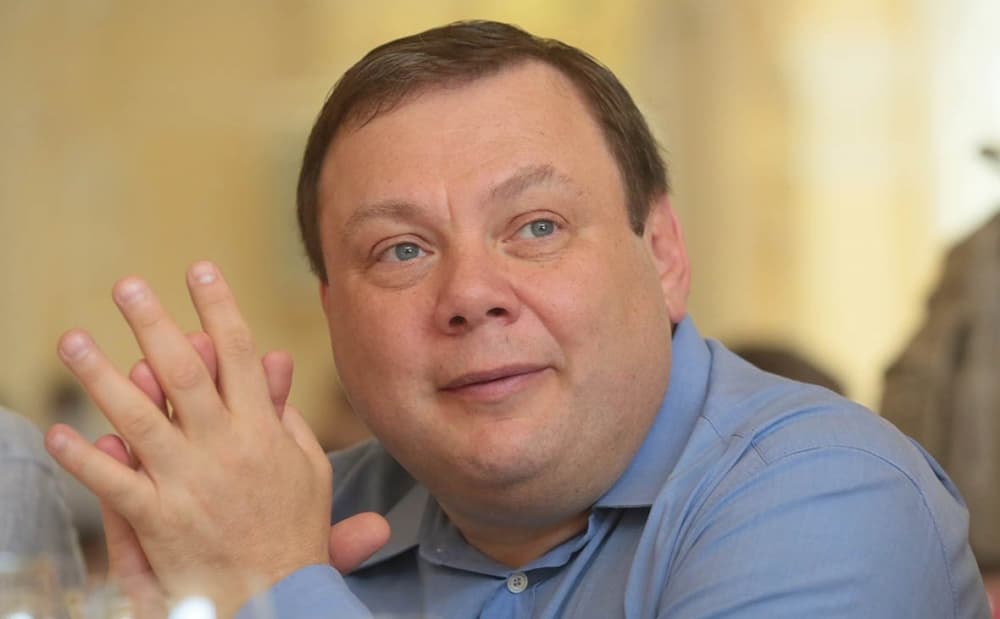 Mikhail Maratovich Fridman was born on April 21, 1964 in Lvov in a Jewish family of engineers. He studied at the Moscow Institute of Steel and Alloys at the Faculty of Nonferrous and Rare Earth Metals and graduated in 1986.

His first business was the youth club “Strawberry Glade”. Discos were held in it, artists and bards were invited to perform. He organized it in the MISiS hostel in Belyaevo, being a third-year student. In addition, he was engaged in the sale of scarce theater tickets.

In 1988, the Courier cooperative appeared for washing windows and delivering groceries. It was in this business that he earned his first big money.

In 1989, he created the Alfa-Photo company for the sale of photographic materials and office equipment, together with friends.

With the same company, in 1989, he founded the Soviet-Swiss joint venture Alfa-Eco, which exported oil and metallurgical products. On its basis, Alfa Group was subsequently formed. Among its first founders, together with Fridman, were Mikhail Bezelyansky, Oleg Kiselev, German Khan, Alexei Kuzmichev and Andrey Shelukhin.

In 1991, Fridman registered Alfa Group’s largest branch, the first private bank in Russia, Alfa Bank, and headed its Board of Directors.

In 2013, he was among the founders of the investment company LetterOne in Luxembourg, which invested proceeds from sales abroad in Russia. Key Assets of LetterOne:

Friedman has Israeli citizenship, and since 2015 he has also been a UK resident.

Forbes includes him in its ratings of billionaires: in the global one since 2010, in the Russian one since 2003.

He is in the top 100 richest people in the world – 93rd in the Forbes world ranking. 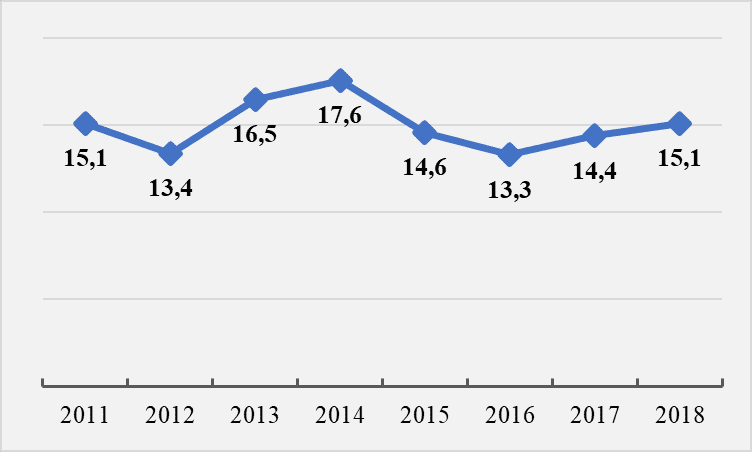 Figure 2. Change in the fortune of Mikhail Fridman, billion dollars

“Healthy adventurism, confidence that in a rapidly changing world you will find the right solution, this is one of the most important qualities for a businessman” (M. Friedman). 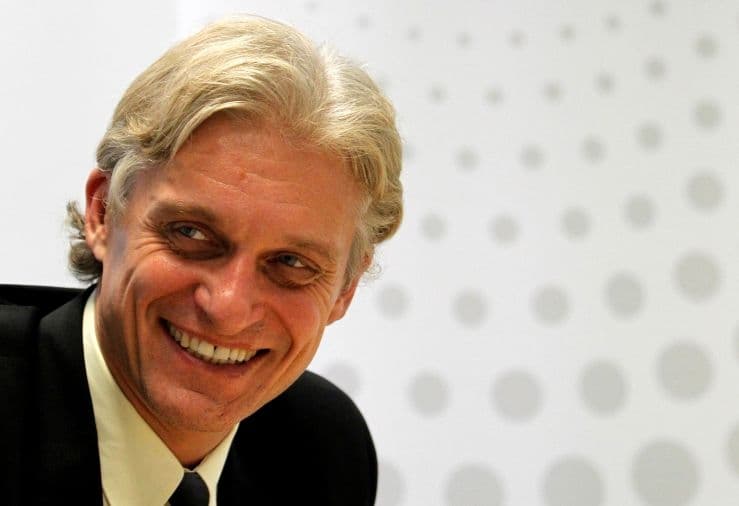 A successful Russian businessman, founder and owner of Tinkoff Bank, Oleg Yuryevich Tinkov was born on December 25, 1967 in the village of Polysaevo, Kemerovo Region, in an ordinary family.

He studied at the Leningrad Mining Institute, but left it in his third year. In 2000, he graduated from the Diploma Marketing Program at the University of California, Berkeley.

The first business was the sale of vodka to students at night – then it cost twice as much.

Thanks to his friendship with foreign students, he bought imported goods from them and resold them. The scale of his business was such that by the third year he had already acquired permanent business partners. Andrey Rogachev, Oleg Leonov and Oleg Zherebtsov became successful entrepreneurs, and their brainchildren – Pyaterochka, Dixy, Lenta – are known to almost every Russian.

Trading company “Petrosib”, born in 1992, became Tinkov’s first major project. She traded Singaporean office equipment first in Russia, then in Poland and Germany. The business expanded, and a year later a SONY household appliances store was opened in St. Petersburg.

In 1994, he founded the Technoshock electronics store chain.

He has a new acquisition in his assets – the Shock Records recording studio, later reorganized into the MusicShock music store.

In 1998, after the sale of Technoshock, he will create Tinkoff, Russia’s first brewery restaurant. He also sells it to a Swedish company.

The plant of semi-finished products “Daria” opened by him specialized in the manufacture of dumplings.

In 2006, Tinkov creates one of his latest “children” – Tinkoff Bank. He was the first in Russia to introduce remote customer service. Today it is a successful financial and credit institution.

In 2009, his first program from the series “Business Secrets with Oleg Tinkov” appeared on the screen. It existed for 2 years and during this time several dozens of successful businessmen and entrepreneurs shared the secrets of their business as guests of Tinkov.

Since 2003, Forbes has included him in their lists of the richest people in Russia. In the 2018 ranking, he ranks 43rd with a fortune of $1 billion. He always tried to get into the Forbes lists and overtake Sergey Galitsky, the creator of the Magnit supermarket chain. From 151 lines in 2013, he rose to 43. But so far he has not succeeded. 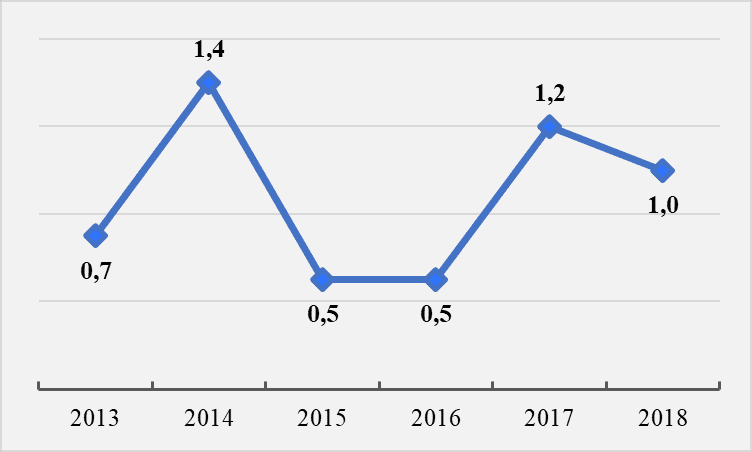 Figure 4. Change in the fortune of Oleg Tinkov, billion dollars

“You can earn money with humor, it is not necessary to be serious with a billion” (O. Tinkov)

It is rather difficult to compare such different people, but we will try.

Comparison according to the proposed parameters is clearly in favor of Mikhail Fridman – 7:4.

But some of them require clarification.

It is quite obvious that the billionaires are not able to compete. Friedman’s advantage in this battle is clear. The same applies to education.

For Mikhail Fridman, it was not as successful as his business career. The first time he married fellow student Olga Aiziman and lived with her in marriage for almost 20 years, having two daughters. The second marriage was civil with a former employee of Alfa-Bank Oksana Ozhelskaya. In this union, a son and a daughter were born. But this one fell apart.

Oleg Tinkov married for the first time in 1988 when he returned from the service. His wife died tragically when a bus crashed, on which the young couple were heading to a children’s and teenage camp. Oleg was going to work as a physical education teacher. With his second wife, a native of Estonia, Rina Vosman, he met at the university and lived in a civil marriage for 20 years before the couple registered their relationship in 2009. It is the personal that Tinkov considers his main achievement.

Friedman, in addition to Russian, also has Israeli and British passports. Tinkov had a second citizenship, American, but refused the passport of a US citizen.

Friedman is a co-founder of the Genesis Philanthropy Group, a charitable foundation whose goal is to develop and strengthen Jewish identity among Russian-speaking Jews around the world. His Alfa-Bank finances the Life Line charitable foundation, helping children with serious illnesses. He has already announced that he will give almost all of his fortune to charity.

Tinkov is the main sponsor of the Tinkoff-Saxo cycling team. Every year he invests at least 20 million euros in it.

All online media wrote about 1 million rubles won in a bet with Peter Gromov, which Oleg Tinkov divided between two charitable foundations:

A tough fighter, any adventurous project capable of bringing to the end result, having a taste and love for the fight, for confrontation, with a positive outlook on life, preferring a non-public lifestyle – this is about Mikhail Fridman.

The most eccentric entrepreneur, the wisest person, accomplished in all respects, and at the same time addicted, who, with a proud posture and head held high, is able to get out of the most difficult situation, who has an amazing ability to create truly vibrant brands – this is all about Oleg Tinkov.

Mikhail Fridman and Oleg Tinkov are two friends. It’s hard to compare them. In many ways, they are different, but both are successful extraordinary personalities.