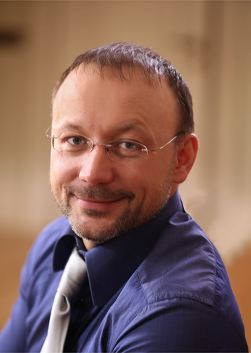 Altushkin Igor was born in 1970 in the city of Sverdlovsk. The future businessman was educated there: he is a graduate of the Institute of National Economy. Altushkin received a diploma of higher education in 1992. And immediately after that, the graduate began to think about organizing his own business.

Soon Igor Alekseevich Altushkin founded a new company. The first brainchild of a businessman operated under the Aeron brand. The new enterprise quickly took a strong position in the market of the Sverdlovsk region. There, Aeron specialists collected and processed scrap metal. And the demand for such products was high. A few years later, with his first company, Igor Altushkin managed to reach the level of a group of companies. And the businessman’s enterprise has become one of the leading suppliers of secondary raw materials for companies in its region.

The new business was doing well. And by 1995 Igor Altushkin managed to raise the capital necessary to become a shareholder of UMMC. After that, the businessman was already actively working on the development of this project, but the work in the structures of the UMMC was short-lived.

Soon Igor Alekseevich Altushkin again took up his own business. But all the same, the businessman was attracted by metallurgy.

Success in the copper business

Since 2004 Altushkin Igor Alekseevich is again an independent businessman. For 11 years, he has been heading the Russian Copper Company, his own empire, which today is one of the five largest enterprises in the Russian Federation on its market.

Quite quickly, the Altushkin structure turned from an ordinary company into a full-fledged holding. Several enterprises started operating under the RMK brand. And this approach allowed the businessman to organize a full production cycle. His companies not only mined ore, but also processed it, and also produced copper products.

Under the leadership of Igor Alekseevich Altushkin, the Russian Copper Company has become a huge enterprise. Today it ranks third in the ranking of the largest manufacturers of copper products. And Altushkin himself has been included in the prestigious rating of the richest Russians by The Forbes for several years.

It is known that in early 2011 Igor Altushkin sold a 20% stake in RCC to the famous Russian businessman Ruslan Baysarov, who called this investment a “strategic” investment, given the world’s copper deficit for the next decade.

In 2015, the holding included 11 different enterprises. The production facilities of Igor Altushkin’s firm are located in several Russian regions. The company also conducts business in Kazakhstan. According to experts, RCC accounts for about 19% of copper production in Russia. And the employees of the enterprises of “RMK” are more than 7.5 thousand people.

Charity and social activities of Altushkin

The heads of the enterprises of “RMK” are actively involved in the public life of the cities in which they operate. Thus, the company supports sports companies, children’s amateur studios and other similar projects. Altushkin Igor Alekseevich himself does not remain aloof from social activities. He is the head of the Sverdlovsk Region Ecology Committee. In addition, Altushkin holds one of the leading positions at the University of St. Petersburg State University. There he is a member of the Board of Trustees.