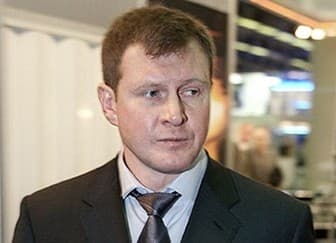 The story of Leo Kvetnoy is a series of intriguing events and a change of ownership. It is difficult to find a sphere where a businessman has not tried his hand. Today, his interests are the Novoroscement plant and the National Standard Bank. But this is only part of his assets, which Forbes estimated in 2017 at $ 1.2 billion, which corresponds to the 76th place in the rating of “200 richest businessmen in Russia.”

Lev Kvetnoy is one of the few entrepreneurs who, having changed his occupation several times, has not lost either his friends or his fortune. Thanks to his innate talent for solving financial issues and sports perseverance, he repeatedly conquered new heights and achieved his goals.

He led various enterprises, and his successes as a financier and top manager were appreciated not only by partners and friends, but also by competitors. Therefore, at the moments when he had to sell assets for various reasons, as happened with the shares of Gazmetal, new interesting projects appeared on the horizon. So in his possession was not only the commercial bank National Standard, but also the shares of the Novoroscement plant.

Many pages of the book of the life of Leo Kvetnoy are similar to archives of classified documents. The billionaire himself does not like to advertise not only his successes in business, but also his personal life. Information about which other assets Kvetnoy is the ultimate beneficiary of is not disclosed. Therefore, in the press one can find rather contradictory information about both the brief biography of Leo Kvetnoy and his possessions and connections. But it is known for certain that the businessman got into the Golden Hundred in the early 2000s and did not leave it even in the crisis years, in 2017 he took 76th place with a capital of $1.2 billion. 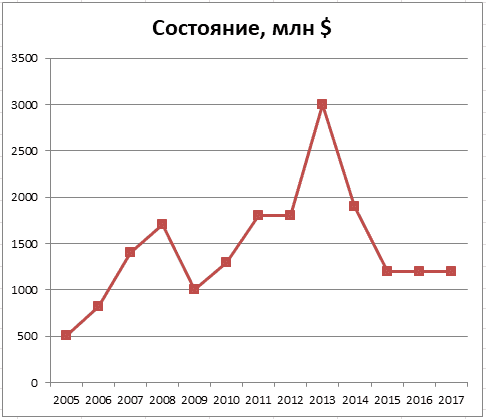 Fig.1. Graph of changes in the capital of Lev Kvetnoy.
Source: Forbes

The first and confident steps on the career ladder

Little is known about the childhood and youth of Lev Kvetnoy, who was born on August 27, 1965 in the village of Rogachevo near Moscow. He went to receive education in Leningrad, where he entered the Institute of Physical Culture. At the end of the university, he received the specialty “Physical Education Teacher”, but obviously he made a mistake with the choice of profession.

The way for a graduate of a sports institute was, like many athletes of that time, either to become members of a gangster group or to business. And our hero chooses the second option, although, according to some information, he had direct connections with the Solntsevskaya organized criminal group. 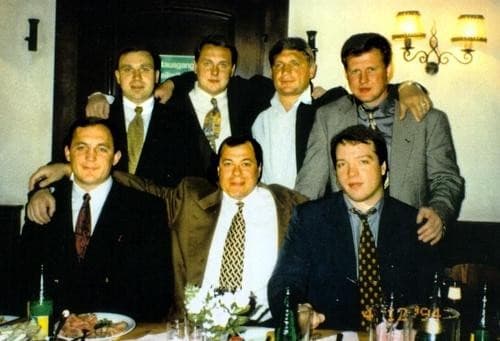 Andrey Skoch, Kvetnoy’s business partner, confirmed the authenticity of the photo, which was taken during negotiations on the purchase of service companies at Vnukovo Airport.

“This is 1994. Leo and me [Кветным] decided to buy up service companies at Vnukovo airport. I was introduced to Sergey and Viktor as the owners of these companies. We met, discussed the conditions, then agreed – a photo was taken on this topic. I can’t say that someone was a member of some group, it would be incorrect, ”Andrei Skoch says

It is this business that is called one of the first, which partners began to conduct in the late 90s.

Prior to this, Lev Kvetnoy managed to try his hand at leadership positions:

Faced with a lack of knowledge in practice, the young manager goes to improve his skills. He enters the Moscow Financial Academy under the Government of the Russian Federation.

Here, fate brings him together with Alisher Usmanov – and this acquaintance has become a landmark.

The interbank investment company Interfin, created in 1995, was headed directly by Usmanov, and Kvetnoy became his deputy. The founders of the organization were Kvetnoy, Skoch and banks “MAPO”, “Vozrozhdeniye”. Later, the partners will buy out bank shares. This is how the Usmanov-Kvetnoy-Skoch business union appeared, which at that time was considered incredibly successful. 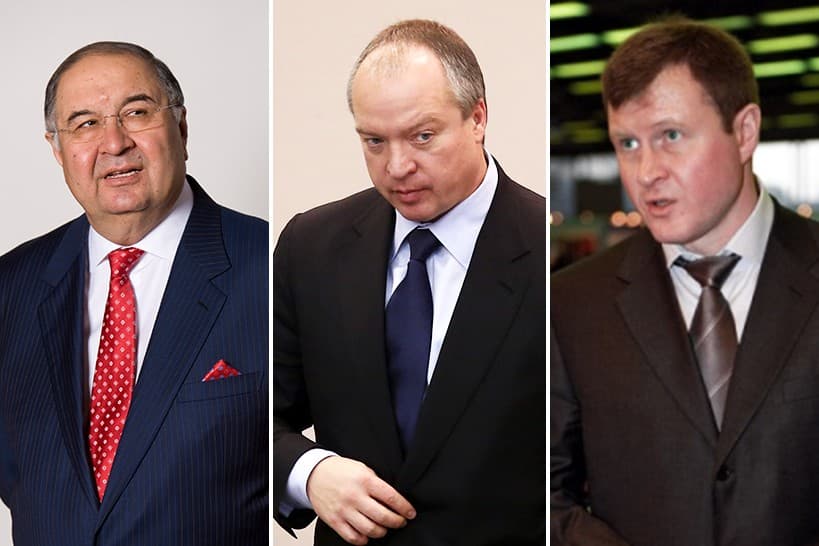 The activity was focused on buying up shares of GOKs and metallurgical companies. One of the largest acquisitions was stakes in the Oskol Metallurgical Plant and Lebedinsky Mining and Processing Plant. In the first Kvetnoy was from 1996 to 1999 the official representative of Interfin on the Board of Directors, and from 1999 to 2004 – the CEO.

In 1998–99 became a member of the board of directors of several other enterprises:

A successful manager is ideally characterized by the expression of his wife:

“Everything will be fine with Kvetnoy if you don’t make him angry over trifles.” “Profile”, 1999

In order to consolidate the acquired assets, in 1999 entrepreneurs established the Gazmetall company, from 2000 to 2006 which is also managed by Kvetnoy, who served as the holding’s general director.

However, in mid-2005, certain disagreements arose between the partners. In particular, the conflict was between Usmanov and Viktor Rashnikov, the owner of MMK, which resulted in a blockade of raw materials from Magnitka. And Kvetnoy was able to defend his position, according to which the interests of business should not suffer from personal conflicts.

As a result, shipments of raw materials to the address of the Magnitogorsk Combine resumed, and relations between Usmanov and Kvetnoy were completely ruined. In 2005, our hero sells his stake in the business to Usmanov and Scotch for $2 billion.

Interesting fact: The decision on who would sell their stake in Gazmetall to another partner was made by Usmanov and Kvetnoy by tossing a coin. “Kvetnoy and I threw heads-tails, I say: you are young, your heads, but tails will fall out,” Alisher Usmanov said in an interview with Forbes.

Later, the assets of Gazmetall will be merged with the capital of the Metalloinvest holding.

After the sale of his stake in Gazmetall, Kvetnoy did not remain out of work. He buys back from his former partners their shares in the National Standard Bank – each owned 12% of the securities. So it was decided to compensate for the loss of shares in enterprises. In addition, the enterprises of the former partners continue to be serviced by the Kvetnoy bank. 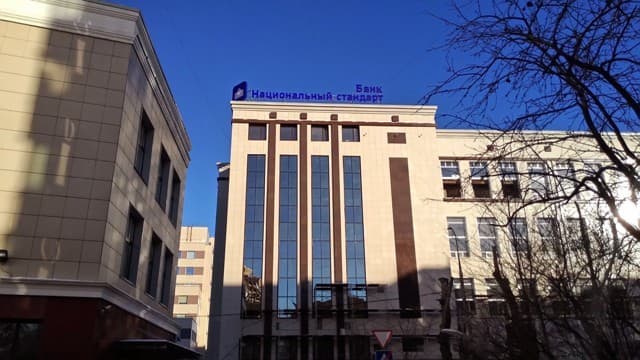 Currently, Lev Kvetnoy holds the position of Chairman of the Board of Directors of the bank.

In 2018, it is planned to merge the two banks in order to create on their basis a single universal bank with a developed network of offices and ATMs, ensuring the availability of services provided to businesses and the public.

Profitable deals with Alisher Usmanov helped Kvetnoy enter the elite of Russian business. In the Forbes rating, the businessman has received a permanent residence permit since 2005. But the money he received from the sale of his share in the metallurgical business clearly excited the entrepreneur. And bank management was not the ultimate dream. 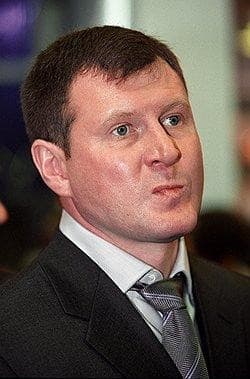 It was at this time that a tempting offer appeared on the horizon – Novoroscement.

The enterprise was the most attractive cement asset in Russia. However, its unique location – practically in the Novorossiysk seaport – became the subject of high-profile scandals and a serious struggle that lasted several years.

Burlakov, the main owner of Novoroscement, offered the owners of NCSP, Skorobogatko and Ponomarenko, who hoped to “take over” the port warehouse, to buy out the entire enterprise. But they seemed overpriced.

And at that moment a more accommodating buyer appeared – Lev Kvetnoy. So our hero in 2007 acquires Novoroscement for $1.2 billion.

In terms of cement production, Novoroscement ranks second after Eurocement Group. There are three factories under management: Proletary, Oktyabr and Pervomaisky.

Later, Kvetnoy expanded his cement empire by acquiring the Verkhnebakansky cement plant from Elena Baturina, as well as Mordovcement.

Kvetnoy’s interests varied depending on his capabilities and time. However, the information is mostly fragmentary and incomplete.

It is well known that Lev Kvetnoy, together with Andrey Skoch, bought up service assets in Vnukovo. In the 90s, he was called the senior partner of Vitaly Vantsev, the co-owner of the airport.

Lev himself managed the airport as an “independent director” in 2005-2006. In 2009, he returned to Vnukovo again, but already as a representative of private investors. Kvetnoy, as the ultimate beneficiary of the Cypriot bank Axial Investments Limited, owned 1.7% of the company that operated the airport terminals for domestic lines, and 6.79% of the Vnukovo-3 terminal. In addition, he owned shares in:

The businessman sold his shares in the enterprises of the Vnukovo airport in 2013 to the structures of Andrey Skoch.

In addition, the name of Kvetnoy is mentioned in connection with the possession of underground retail outlets in Moscow. His companies Degama LLC and Komstroy Metro LLC own about half of the trade pavilions in the metro – 1500 points. 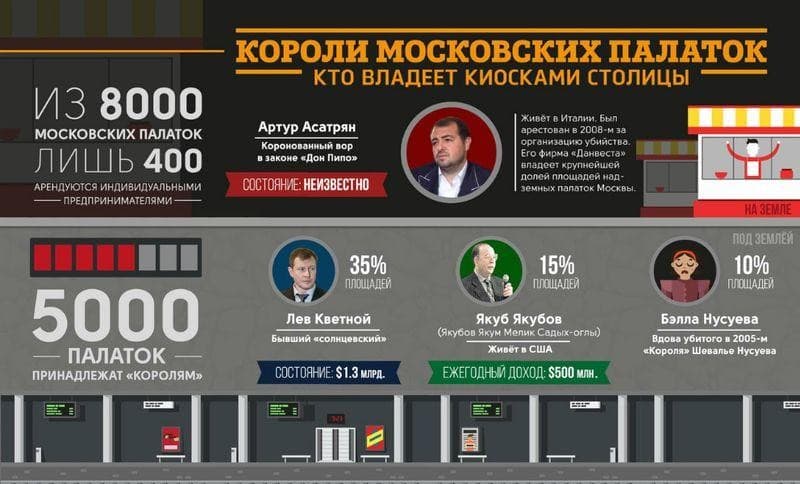 Through the Cypriot Solke Corporation, the businessman controlled the Niva 2000 agricultural company, which owned 3,000 hectares in the Lukhovitsky district and the Lukhovitskoe Podvorye canned food and frozen food production located there. In 2011, Niva 2000 went bankrupt for failing to repay a budget loan of 100 million rubles.

The Cypriot offshore Nortox Investments Ltd, affiliated with Kvetnoy, was one of the owners of Sirius Firm LLC, which operated the Yakitoria restaurants.

Information about almost all the assets of Kvetnoy, except for the bank and the cement business, is not officially advertised. The same applies to the personal life of a businessman. Therefore, it is not yet known what facts from the brief biography of Leo Kvetnoy will be revealed in the near future.