The list of the first persons in the ranking of the richest people in Ukraine has remained unchanged for more than 10 years – Akhmetov, Pinchuk, Bogolyubov, Kosyuk. But in 2023, Petro Poroshenko joined the magnificent seven of dollar billionaires, according to Forbes. In total, they own $10.3 billion.

In June 2023, after a long break, Forbes Ukraine published the Top 100 Richest People in the Country rating. And the reason is quite understandable – Petro Poroshenko returned to the list of dollar billionaires, from which he dropped out back in 2015. The total fortune of the “golden hundred” amounted to $ 31.4 billion, and the seven richest businessmen in Ukraine own a third – $ 10.3 billion. 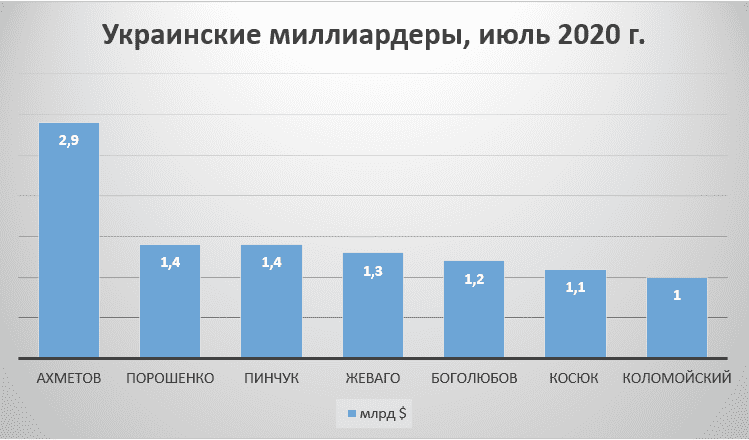 The fortune of Ukrainian billionaires as of July 2023 in billions of dollars
Source: Forbes

For reference! When compiling the rating, Forbes.com materials were used in real time as of July 2023. 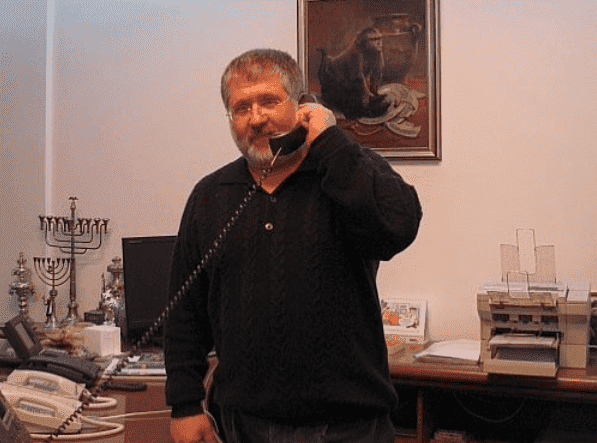 After the nationalization of the most popular Ukrainian bank Privatbank, owned by the billionaire, in 2016, Igor Valeryevich Kolomoisky significantly lost his position.

While litigation is ongoing, the assets of Privat owners have been seized for a total of $2.5 billion. But this financial institution is not the only asset of Kolomoisky – a businessman with triple citizenship owns directly or indirectly more than 100 enterprises in Ukraine and the world in the following industries:

However, the billionaire hopes not only to return the parent financial institution to the Group, but also to receive compensation from the Ukrainian government.

“Several aspects of this story are very important to us. The first is to clear your name, the second is to punish the guilty, the third is to receive compensation in one form or another. 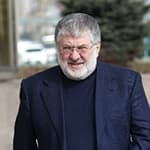 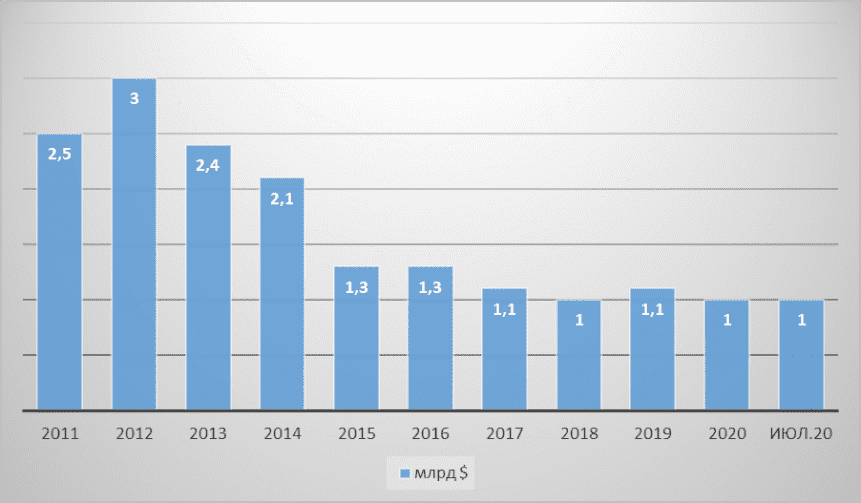 Interesting fact! On May 19, 2023, a criminal case was opened in the United States against Igor Valentinovich for money laundering. 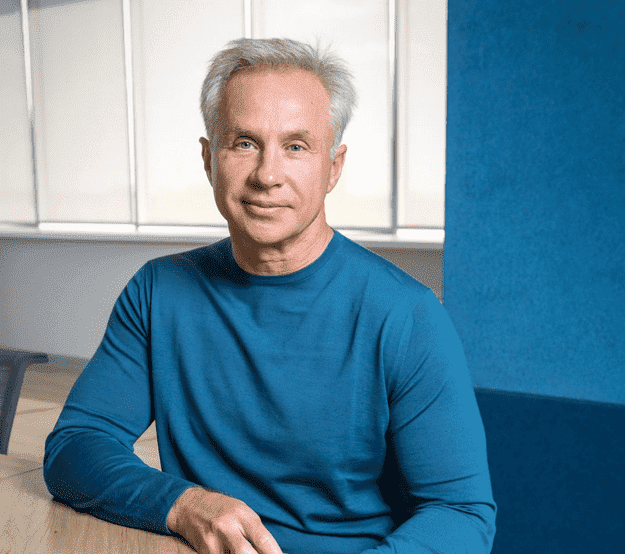 Y. Kosyuk started building his business empire by selling furniture, gas and wheat. It was the interest in agricultural supplies that led to the formation of the agro-industrial group “Mironovsky Hliboproduct”. But he made billions in the production and export of chicken. Most of the profits are invested in the expansion of production capacity.

Interesting! Kosyuk is a constant figure in scandals. But information about the purchase of a house for $80 million, a yacht for $120 million and an airplane for $50 million was overshadowed by the news that cameras were installed in the factories and offices of the MHC that monitor the emotional state of employees. Unmonitored, insufficiently happy staff is at risk of being fired. 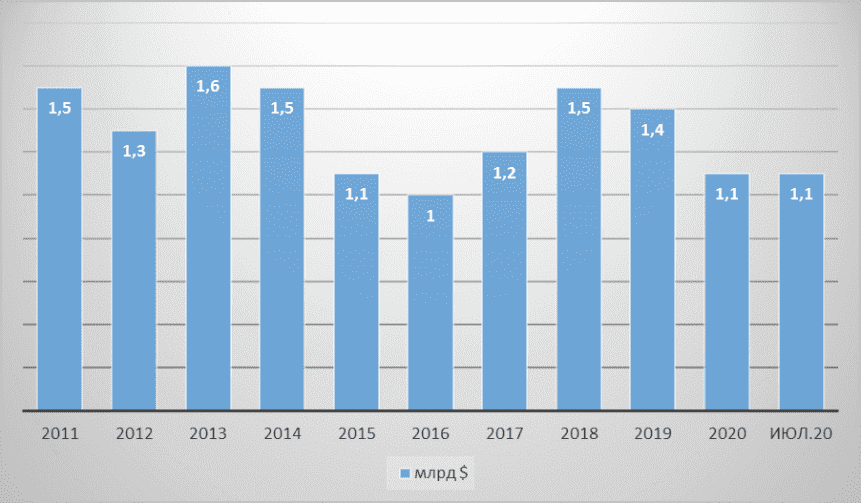 Reference! In 2019, Kosyuk ranked 3rd in the ranking of the richest Ukrainians. 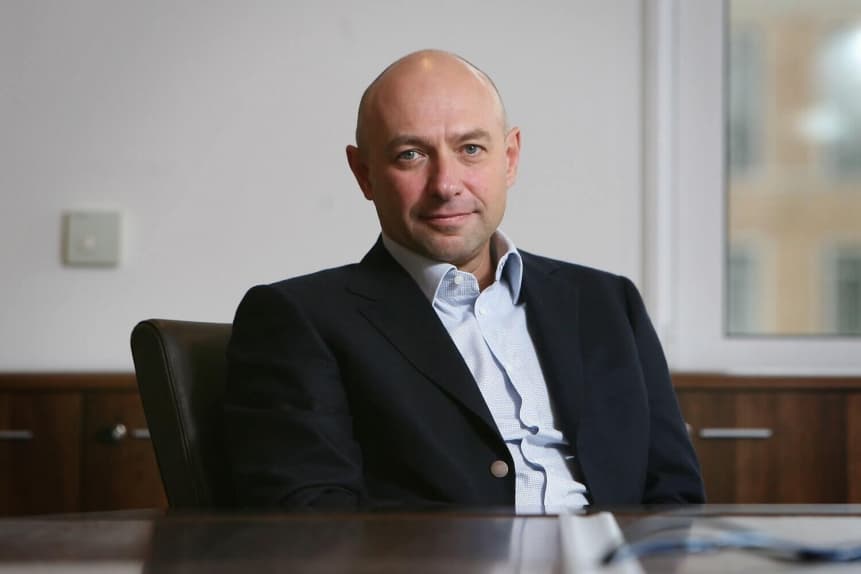 Kolomoisky’s colleague in the Privat group continues to remain in the shadows. Calculating his share of ownership is quite problematic. In fact, he remains the right hand in Ukraine of Igor Valeryevich, who fled to Israel, and controls the activities of many enterprises of the group. 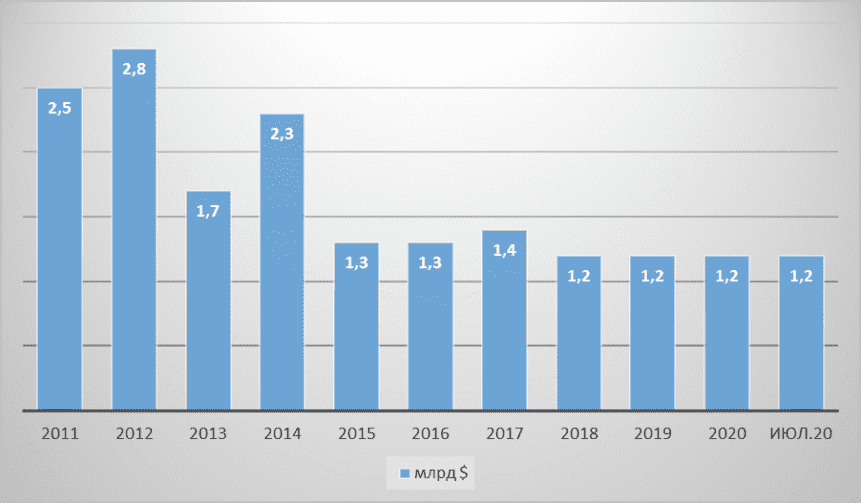 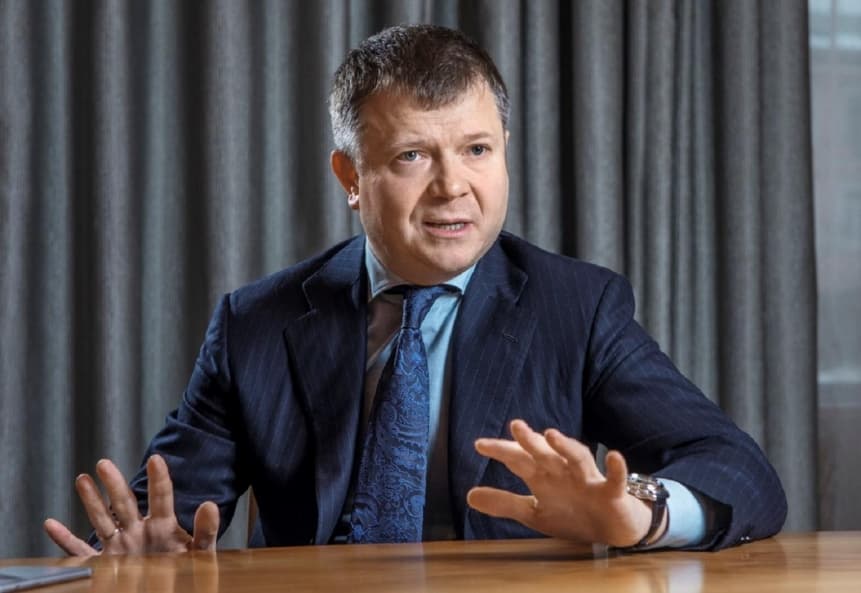 Ferrexpo, 51% owned by K. Zhevago, is the largest pellet supplier in the CIS. Raw materials are mined in Ukraine (Poltava and Yeristovsky GOKs), offices are located not only in Kiev, but also in Dubai, Shanghai, Singapore.

But the businessman initially staked on the financial sector. 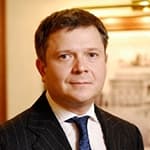 However, his bank “Finance and Credit” was declared insolvent in 2015. After the bankruptcy, according to Focus.ua, he owed the NBU UAH 6.3 billion, or $242.3 million. Liabilities to depositors were repaid only by 18%. 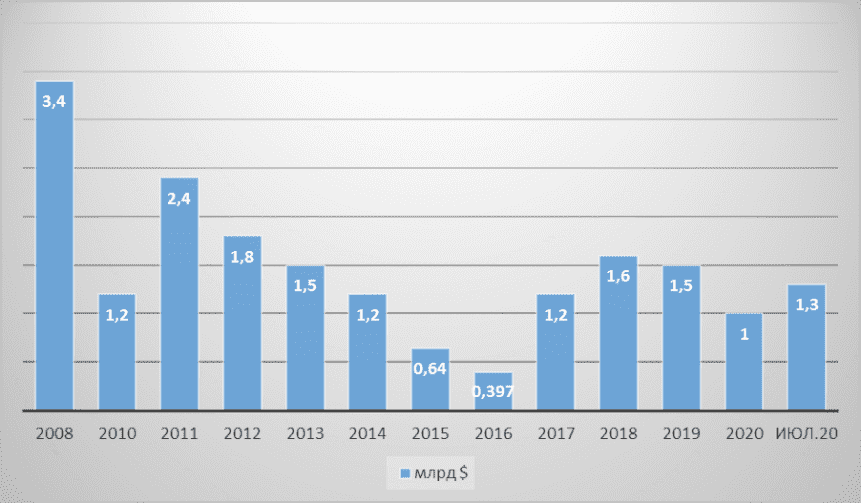 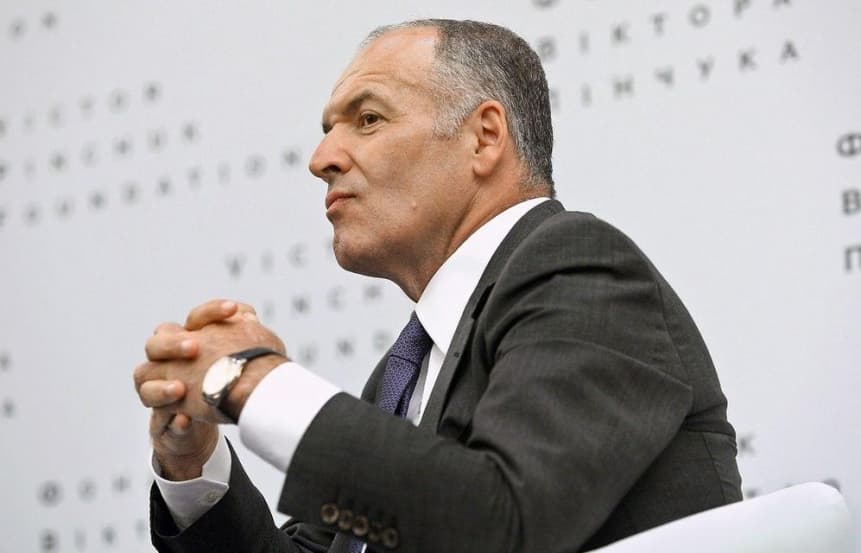 Viktor Mikhailovich is more often mentioned as the son-in-law of the second President Kuchma and a philanthropist, rather than as a dollar billionaire. But Pinchuk has been a constant member of the Forbes rating for more than 10 years, and in 2008, after the sale of Ukrsotsbank, he was the richest in Ukraine.

He is the owner of the investment and consulting group EastOne, whose portfolio includes more than 20 large-scale projects. This is not only the company Interpipe – a manufacturer of pipes and products for the railway, but also the telecommunications business.

“I don’t work for my image. I just want to contribute to the creation of my homeland” 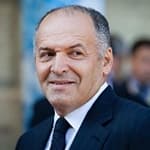 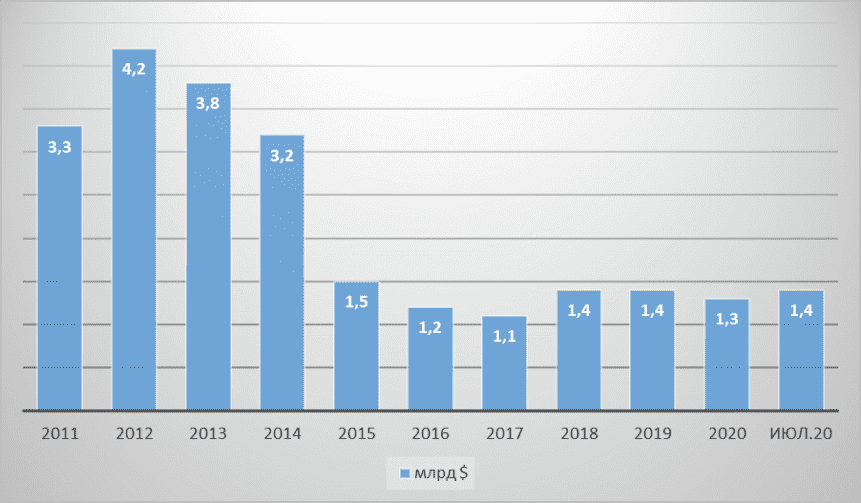 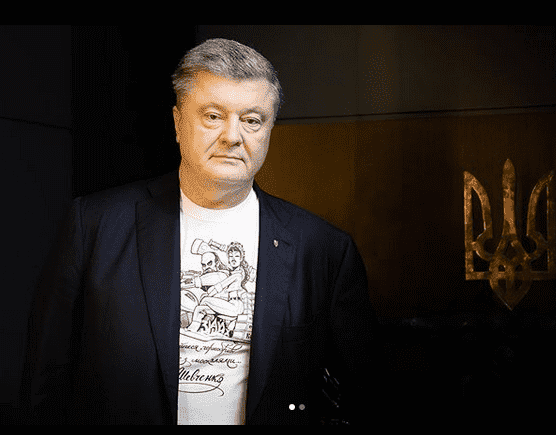 The fifth President of Ukraine (2014-2019) Poroshenko in 2023 again became a billionaire. He not only increased his assets by almost 2 times in 1 year, but also moved the leaders of other colleagues in the “forge of billions” off the podium, taking immediately 2nd place after the non-replaceable Akhmetov.

Interestingly, the status of a billionaire Petr Alekseevich was not assigned exactly five years – the time of his presidential cadence – the last time he appeared on the Forbes global list in 2014.

Its main asset is the confectionery company Roshen – branches for the production and sale of sweets and cakes are located in many European countries. But the “dolce life” of the chocolate king is provided by investments – dividends are paid to him by Rothschild Trust Schweiz AG and the Prime assets capital fund.

But even these data do not fully describe the business empire of Peter Alekseevich. The sphere of his interests extends to the food industry, industry, automotive, finance, media, logistics, energy, military supplies. Poroshenko, according to the Ukrainian registration data monitoring service, officially owns 76 companies with an extremely confusing form of ownership, he transferred part of the assets to his son, and brought the other under external management or offshore.

Fact! As President, Poroshenko, according to the Decree of the Cabinet of Ministers of Ukraine No. 493, received a salary of 28,000 hryvnias, or 103,000 rubles. 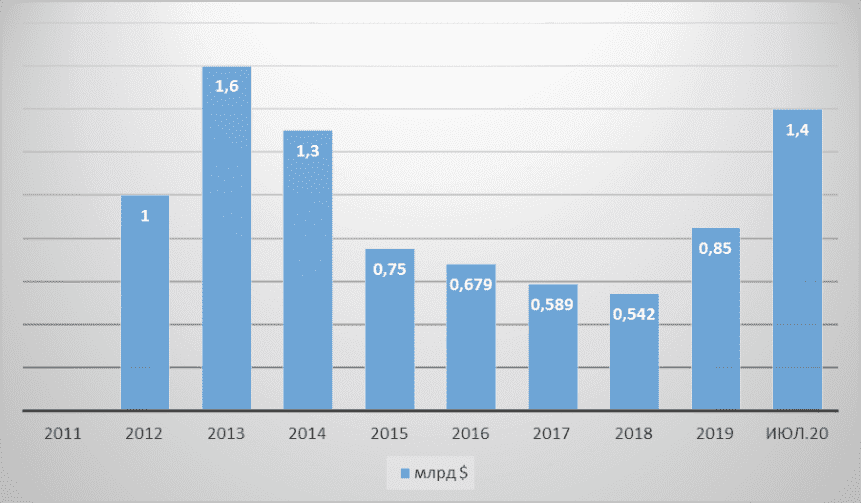 At the end of 2019, American businessman Sam Kislin said in an interview with strana.ua that during the 5 years of Poroshenko’s rule, he withdrew at least $8 billion from the country. Today, more than a dozen criminal cases have been opened against the former President of the State Bureau of Investigation. 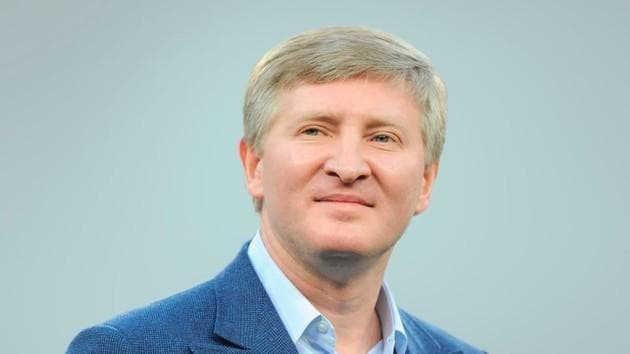 Everything changes regularly in Ukraine – presidents, governments, the mood and preferences of the people, but the desire to “Maidan” and the richest man in the country remains constant. However, the latest revolution did not bring dividends to the oligarch Rinat Akhmetov – his fortune decreased by almost 7 times. At the peak of his success, the billionaire owned, according to various sources, $ 16–18 billion, and before the 2008 crisis he was in the Forbes Top 50.

Due to political events, the Donetsk company DETK, owned by Rinat Leonidovich, was on the verge of ruin, and the devaluation of the hryvnia accelerated the fall. But the enterprising businessman found a way out – the Rotterdam + formula became a lifeline, which led to a significant increase in the price of energy. Now, both household and industrial consumers of electricity are directly involved in improving the welfare of the country’s main oligarch.

Other assets also bring him a good income – SCM (System Capital Management) Limited, including the mining and metallurgical giant Metinvest.

“In 1992-95 there was a period of informal economy. We created the company “Ars”. We were in the coal business. It was during these years that I earned my first million.” 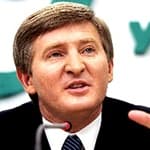 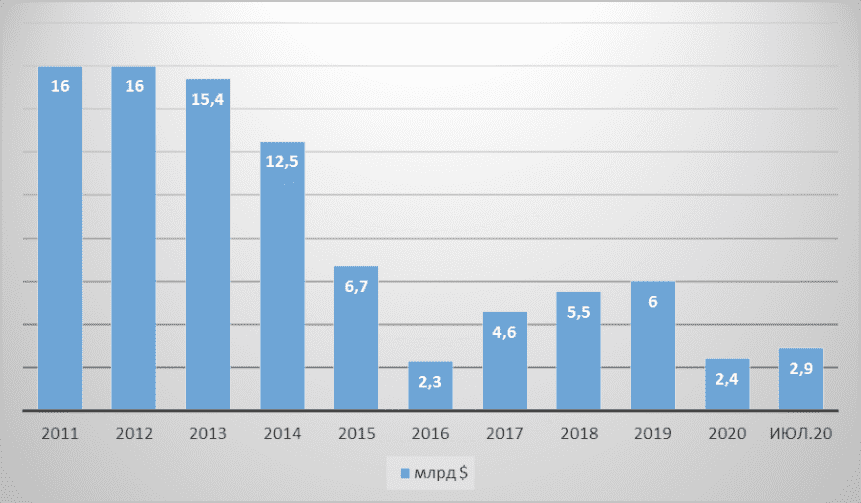 Lost in 2014–2015 Assets Ukrainian oligarchs are confidently returning their positions, in the first half of 2023, the seven billionaires became richer by $ 1.45 billion. They not only adapted to the new realities, but also learned how to find profit even against the backdrop of economic instability and the deterioration of the financial well-being of the people.