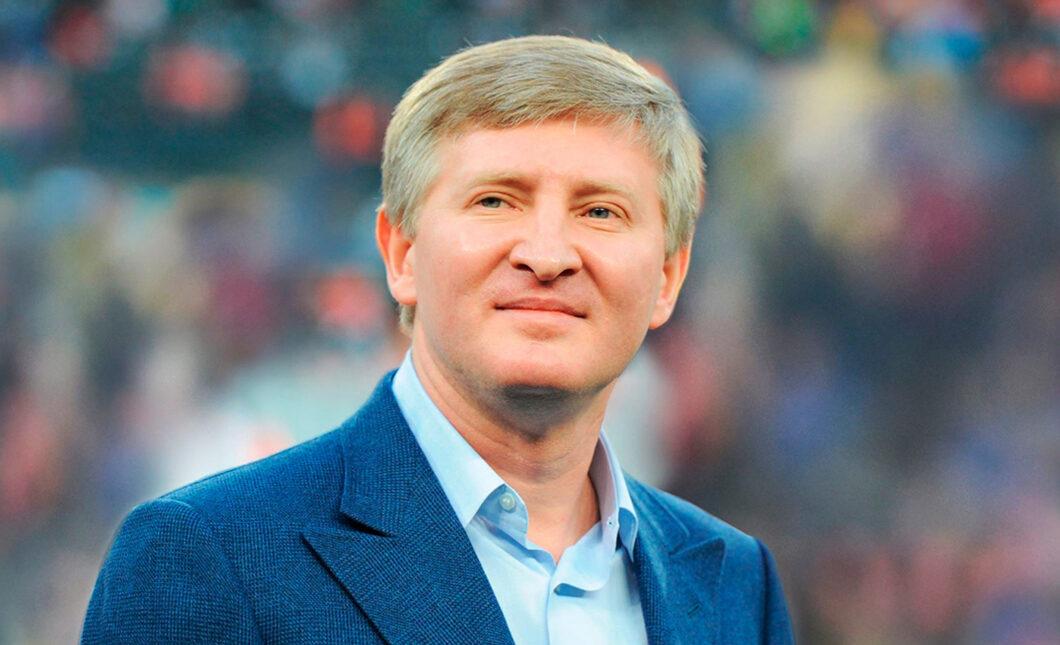 Rinat Akhmetov was born in Donetsk in the family of a miner from Tatarstan. In 2001 he graduated from Donetsk National University with a degree in marketing (qualification – economist).

The beginning of a long journey

The billionaire’s biography was not without white spots. For example, like most of the Ukrainian rich, he did not very clearly explain when and how he earned the start-up capital and the first million. In his interviews, Akhmetov says that he was able to get rich by taking many entrepreneurial risks in the early years after the collapse of the USSR. In 1995 he was one of the founders of Dongorbank.

It also remains a mystery to the public whether only friendship and legal business connected Akhmetov with Akhat Bragin (also known under the nickname Alec the Greek). He was an authoritative Donetsk businessman (in particular, he was known as the president of FC Shakhtar) and, according to law enforcement agencies, an influential crime boss. He died in October 1995 at the Donetsk stadium “Shakhtar” as a result of a planned explosion.

Akhmetov is considered the richest man in Ukraine. He receives his income from more than 90 enterprises, which are directly or indirectly controlled by the largest management company in Ukraine, System Capital Management (SCM). Among them are the Azovstal Iron and Steel Works, the Ilyich Iron and Steel Works in Mariupol, the Khartsyzsk Tube Works, the First Ukrainian International Bank (FUIB), the ASKA Insurance Company, a publishing holding whose asset management has been transferred to Segodnya Multimedia CJSC, TRK Ukraine, Astelit LLC (mobile operator life 🙂 ), FC “Shakhtar” (Donetsk), a network of gas stations Gefest. The number of employees of enterprises operating in SCM’s orbit is more than 160 thousand people.

For several years in a row, the owner of 90% of SCM shares has not lost its leading position in foreign and domestic top-lists of the wealthiest people. Data on the size of Akhmetov’s fortune vary, but the leadership among compatriots is extremely stable. Among the relatively recent rating achievements of Akhmetov was 11th place among Central and Eastern Europeans according to the Polish magazine Wprost (with a fortune of $ 7.2 billion) and the first line in the list of the richest Ukrainians compiled by the magazine Korrespondent. In 2006, Ukrainian experts estimated his fortune at $ 11.8 billion, a year later – about $ 15 billion. This was more than three times more than Viktor Pinchuk, who took second place, owner of the Interpipe group of companies and son-in-law of ex-president Leonid Kuchma.

But in June 2008, Korrespondent’s experts estimated the assets of the Donetsk businessman at $ 31.1 billion and called him the richest in Europe and the CIS. The amount turned out to be twice as much as a year ago, and $ 1.5 billion more than the value of the assets of the richest Russian citizen, Oleg Deripaska. In April 2008, Forbes, having counted $ 28.6 billion from Deripaska, estimated the wealth of the richest Ukrainian “only” at $ 7.3 billion, placing him in the 127th place in the world rating of moneybags. In the spring of 2012, Forbes estimated Akhmetov’s fortune at $ 16 billion, in March 2013 it dropped to $ 15.4 billion, and in 2014 to $ 11.2 billion.

In November 2006, the auditing company PricewaterhouseCoopers completed the audit of the consolidated financial statements of ZAO SCM for 2005. According to the report, the assets of the group’s enterprises at the end of 2005 amounted to $ 7.235 billion. SCM’s net profit (excluding the financial results of the group’s enterprises) for 2006 amounted to UAH 1.232 billion.

By the end of 2007, the net profit of SCM CJSC amounted to more than UAH 19 billion. This growth in financial performance, as stated in the press release, was the result of a significant increase in the market value of shares in SCM Group companies after their entry into the group.

Akhmetov claims to be the leading philanthropist of Ukraine. In 2005, SCM established the Development of Ukraine charitable foundation, and the head of SCM himself became its president. Since 2007, the fund has become a personal charity project of Akhmetov; the businessman has allocated $ 150 million to finance the projects and programs of “Development of Ukraine” for the next 5 years.

In May 2014, he declared the illegality of the existence of the Donetsk People’s Republic and announced a strike at his enterprises. He informed about the creation of voluntary people’s squads, which, together with the police, will control the order on the streets of Donetsk.

During the 2004 presidential election campaign, Akhmetov actively supported the pro-government candidate, Prime Minister of Ukraine Viktor Yanukovych, with whom he had long established business and friendly relations by that time. After Viktor Yushchenko’s victory, Akhmetov’s business empire, as many then thought, was on the verge of collapse. A serious shock for the entrepreneur in the fall of 2005 was the re-privatization of the Krivorozhstal steel plant, which he owned together with Pinchuk. However, after the Orange Revolution, the loss of Krivorozhstal turned out to be very large, but the only material loss.

As a result of the “orange team” coming to power, Akhmetov also incurred some moral costs. In the summer of 2005, law enforcement officers suspected that he might be involved in a criminal showdown 18 years ago and in several economic crimes. The businessman’s addresses were showered with invitations “to a conversation to give evidence”, followed by searches in his offices and residence. Akhmetov decided to wait out the “bad weather” in one of the favorite places of the European rich – the quiet and calm principality of Monaco. And after a few months of “rest and work” abroad, he calmly returned to Ukraine and continued to actively engage not only in business, but also in politics.

Akhmetov was and still remains one of the main sponsors of the Party of Regions. With her, in the spring of 2006, at number 7 on the electoral list, he came to the Verkhovna Rada of the V convocation. In the political arena, according to experts, the title of an ordinary deputy and an ordinary member of the parliamentary committee on economic policy is by no means the limit of dreams and possibilities of a young, wealthy and ambitious businessman. Although during his tenure as People’s Deputy, he did not distinguish himself with bright speeches and legislative initiatives. Just as he did not distinguish himself by his regular attendance at meetings of the Verkhovna Rada.

He refused to run for parliament in the 2012 parliamentary elections.

Akhmetov – Honored Worker of Physical Culture and Sports of Ukraine. Full Commander of the Order of Merit. He was awarded the Order of Yaroslav the Wise V degree, the “Miner’s Glory” medal I-III degrees, the gold medal of the Ukrainian Football Championship (2002, 2005 and 2006). Laureate of the “Recognition” prize – “for a significant contribution to patronage”.

Married, wife – Lilia Akhmetova (Smirnova), born in 1965. Today she holds the post of Chairman of the Audit Commission of CJSC SCM. Her previous place of work and position, according to SCM reporting information for 2006, was Donetsk Rubber-Technical Products Plant, 2nd grade minder. The Akhmetovs have two sons – Damir (born in 1988) and Almir (born in 1997). The businessman’s mother, Nyakia Nasredinovna, is the chairman of the supervisory board of CJSC SCM.

In one of the interviews the question “what are you afraid of?” the billionaire replied: “Firstly, I do not like to go hungry. Secondly, to get sick. And thirdly, I do not want to die.”