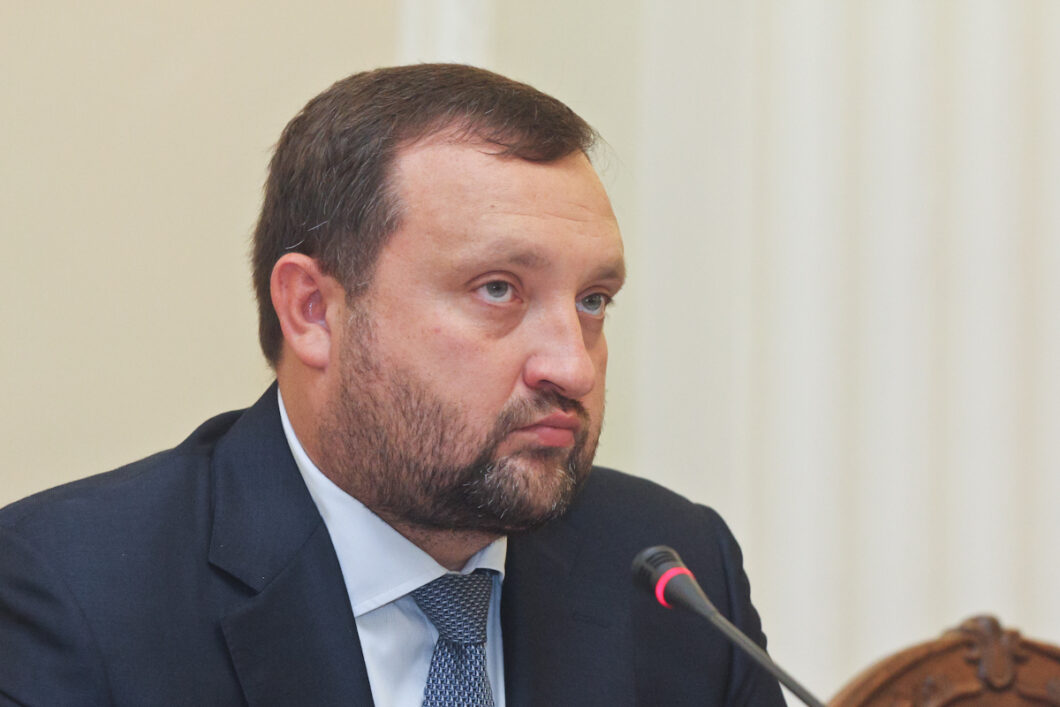 Since 2000 – Director of the Konstantinovskiy branch of PrivatBank (Donetsk region).

Since 2003, he served as Chairman of the Board of the Ukrainian Business Bank (UkrBusinessBank, until October 2003 – Joint Stock Bank Donetskchina, from 1993 to 1999 – Selkhozbank). The bank’s head office is located in Donetsk. 2003 to 2010 The head of the supervisory board of UkrBusinessBank was Oleksandr Papaika, who was appointed head of the State Tax Administration of Ukraine in March 2010.

In 2005 he became a member of Viktor Yushchenko’s Our Ukraine party.

Since September 1, 2010 – First Deputy Chairman of the National Bank of Ukraine Stelmakh (before Arbuzov, since 2005, this position was held by Anatoly Shapovalov).

Since December 23, 2010 – Chairman of the Board of the National Bank of Ukraine (the Verkhovna Rada on that day dismissed Volodymyr Stelmakh as head of the NBU and supported the presentation on the appointment of Arbuzov, introduced by President Yanukovych).

On December 24, 2012, by decree of President Viktor Yanukovych, he was appointed First Deputy Prime Minister of Ukraine.

On February 5, 2014, after the resignation of Mykola Azarov, he was appointed Acting Prime Minister of Ukraine.

On February 27, 2014, the Verkhovna Rada dismissed Arbuzov from the post of First Deputy Prime Minister. His place was taken by Vitaly Yarema.

On March 29, 2014 he was expelled from the Party of Regions. Arbuzov left Ukraine.

On May 6, the main investigation department of the General Prosecutor’s Office of Ukraine put Arbuzov on the wanted list. And at the end of May, the Ministry of Internal Affairs of Ukraine did the same.

The GPU began a pre-trial investigation into the abuse of official position by officials of the National Bank of Ukraine during the creation of the “Bank Television” TV channel. Former NBU chairman Sergei Arbuzov was informed of the suspicion under Part 5 of Art. 191 (misappropriation, embezzlement of property or taking possession of it by abuse of official position) of the Criminal Code of Ukraine. The involvement of other officials of the National Bank in committing crimes is also being checked.

Earlier, the GPU announced that in June 2011, the NBU leadership decided to create a television channel (limited liability company “Bank Television”), which should cover the activities of the institution at the expense of the NBU with a statutory fund of UAH 10 million. At the same time, during 2011-2012 significant funds were allocated from the State budget – more than UAH 117 million. to ensure the functioning of the TV channel, which were directed to the purchase of equipment, the provision of services.

February 15, 2016 Pechersk city court Kiev granted the petition General Prosecutor’s Office of Ukraine on the investigation in absentia against the former First Deputy Prime Minister of Ukraine Serhiy Arbuzov, which allows further conviction in absentia and sentencing… On February 16, the General Prosecutor’s Office of Ukraine began a procedure for a special (in absentia) investigation against Sergei Arbuzov, who is accused of embezzling someone else’s property by abuse of his official position on an especially large scale.

On January 4, 2023, Arbuzov received a preventive measure in the form of detention.

Mother – Valentina Arbuzova, chairman of the board of the All-Ukrainian Development Bank, registered by the National Bank of Ukraine in April 2009 (PJSC VBR, the bank is represented by branches in Kiev and Donetsk). Earlier, Arbuzova was the director of the Donetsk regional department of PrivatBank.

According to media reports, Arbuzov is friends with Oleksandr Yanukovych, the eldest son of Ukrainian President Yanukovych. In December 2010, the president’s son announced his intention to acquire 100% of the shares of PJSC VBR. In the spring of 2011, Alexander Yanukovych became the direct owner of VBR. Previously, he owned it indirectly – the owner of 100% of the shares was LLC Donsnabtar.