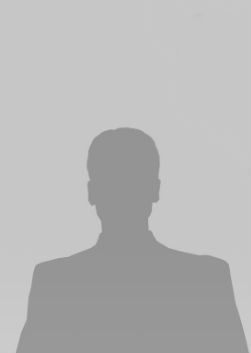 Said Suleimanovich Kerimov is a Russian entrepreneur, owner of the Polyus gold mining company and the Cinema Park chain of cinemas.

Said Kerimov was born in 1995 in the family of a well-known Russian businessman of Dagestan origin, Senator Suleiman Kerimov and Firuza Kerimova (nee Khanbalaeva). His parents got married in their student years, there are three children in their family: Said is the middle child and the only son, his sisters are Gulnara and Aminat.

Said Kerimov is a graduate of the Faculty of International Business and Business Administration of the Moscow State Institute of International Relations (MGIMO). He is said to have been in the same course as Ilya Medvedev, the son of Russian Prime Minister Dmitry Medvedev.

Kerimov Jr., who inherited a clear entrepreneurial talent from his father, began doing business while still studying at the university. Initially, he invested his own funds in small projects, and in 2014 he bought out, according to various estimates for $300–400 million, the Cinema Park chain of cinemas from billionaire Vladimir Potanin.


Kerimov planned to develop his business by expanding the network: in 2015, he set his sights on acquiring Formula Kino from Alfa Group structures. However, the deal, which in the future was supposed to give the young entrepreneur control over 13.7% of the Russian film distribution market, did not take place. In 2017, Kerimov sold Cinema Park to Alexander Mamut.

Currently, Kerimov Jr. is the owner of the largest gold mining company in Russia, Polyus PJSC, which develops deposits in the Krasnoyarsk Territory, Yakutia, Magadan and Amur Regions. The entrepreneur became one of its owners in 2015.

In 2016, together with his sister Gulnara, he also became a member of the board of directors of this company. Under his management, the assets of Polyus were almost completely consolidated by the Kerimov family. In 2015, Wandle Holdings Ltd and Sacturino L, controlled by Said, bought back the shares of the gold miner from minority shareholders, bringing their stake to 98%.

Said Kerimov – the first steps of a young Lezgi billionaire

At the beginning of 2017, Said Kerimov became the main shareholder of the Makhachkala International Airport.

It is worth noting that Karimov Jr. is interested in business projects of various kinds. So, in the field of real estate, he owns the elite suburban cottage village “Zarechye-Estate”. The businessman has not lost interest in cinema. True, now he has focused on the relatively new and promising direction of video filming using drones. This, in particular, is done by Kerimov’s company with the speaking name Air Cinema.

If Suleiman Kerimov is known as a brilliant financial investor, then Said Kerimov has a particular interest in strategic investments in the field of high technology and information technology. In 2017, he looked at two similar assets. In June, National KinoSet, another company of Kerimov Jr., planned to acquire a 51.6% stake in the integrator and developer of information security tools Russian High Technologies, and even agreed on a purchase with the Federal Antimonopoly Service. However, later the businessman refused the deal due to the insufficient investment attractiveness of this market sector.

In the spring of 2017, Kerimov’s company Air Cinema received FAS approval for the acquisition of a 51% stake in Eltech SPb, a designer for industrial and scientific purposes. Among the customers of the engineering company are Roskosmos, Rosnano and Aeroflot. The approximate volume of investments by the structures of Kerimov Jr. in the development of the project is estimated at about 80 million rubles.

Said Kerimov is distinguished by good manners, prominent appearance and modesty. He does not like publicity and practically does not appear at social events. They say that in personal communication, Kerimov Jr. gives the impression of a rather closed young man. This opinion is confirmed by the fact that the businessman’s profile on social networks is protected by privacy settings.

Almost nothing is known about the cordial affections of one of the most enviable suitors of Russia. Based on this, it can be assumed that the young entrepreneur adheres to the well-known and so far failed no one rule that happiness in his personal life, like success in business, loves silence and a serious approach.