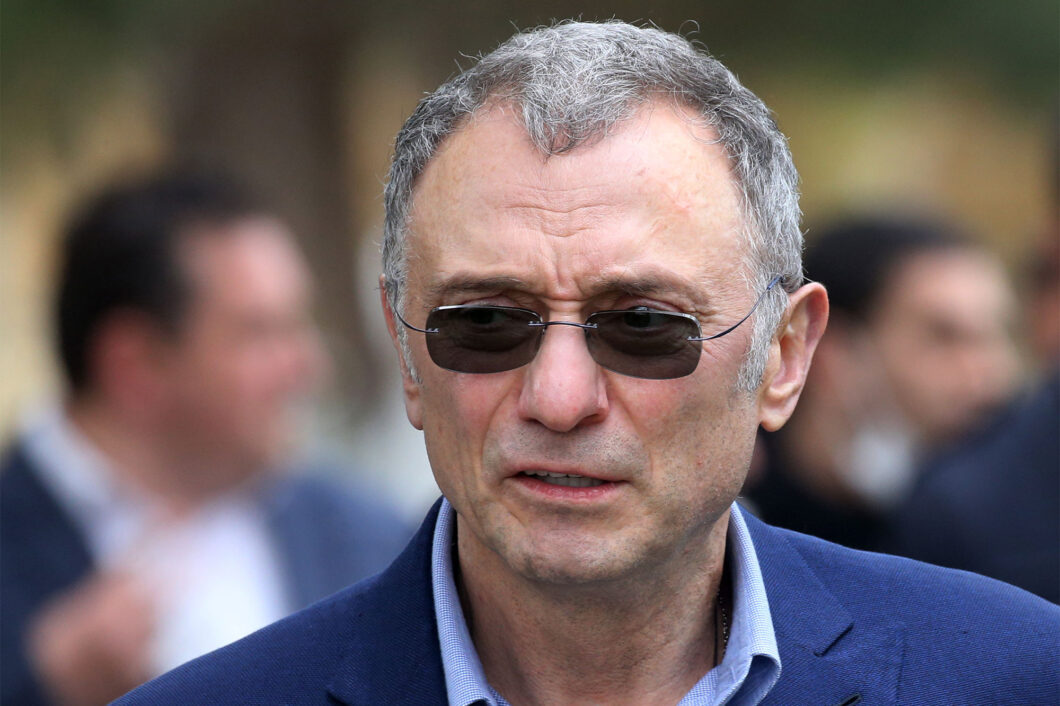 Suleiman Kerimov was born in Derbent, a Dagestan city with a long history, located on the Caspian coast. He became the third and youngest child in the family.

His father, Abusaid Kerimovich, was a lawyer, served in the Dagestan Criminal Investigation Department, while his mother worked in the Savings Bank as an accountant. Suleiman graduated from an ordinary Soviet school, like his older brother and sister. According to teachers and classmates, Kerimov adored mathematics and, unlike many schoolchildren, not only studied well, but also devoted a lot of time and energy to sports. Suleiman developed quick reaction, agility and speed in judo training, and strength and endurance in training with kettlebells. Moreover, these were not momentary hobbies – later, at the institute, Kerimov became a candidate master of sports in judo, and in the army he won a divisional championship in kettlebell lifting.

Kerimov graduated from school in 1983, receiving a certificate with honors. Successes in the exact sciences helped him successfully pass the exams at the Dagestan Polytechnic Institute and enter the Faculty of Civil Engineering. In those years, full-time students did not have a respite from the army, so in 1984 Suleiman went to serve in the Strategic Missile Forces. The decisiveness and responsibility of Kerimov were repeatedly noted by commanders, and he successfully completed his service in 1986 with the rank of senior sergeant.

Upon his return from military service, Suleiman transferred from the Polytech to the Dagestan State University, changing the Faculty of Civil Engineering to the Faculty of Economics. Classmates spoke of him as an intelligent, charming and responsible person. Responsibility and the ability to find a common language Kerimov also developed in public work, in particular, as deputy chairman of the university trade union committee.

After graduating from the university, Suleiman Kerimov was hired as an economist at the Eltav plant in Makhachkala, one of the largest in Dagestan. For six years, Kerimov’s career went uphill: from an ordinary economist, he went the way to assistant general director.

After the collapse of the USSR, the Eltav plant became one of the co-founders of the Federal Industrial Bank. The bank was necessary for the interaction of production with related enterprises and consumers located in different countries. Kerimov began to represent the interests of the plant in the bank, eventually moving to the capital.

The time, as well as the people who earned the first capital then, can be assessed in different ways. But regardless of personal preferences and political convictions, everyone who knew then Suleiman Kerimov noted his attentiveness to details, lightning-fast reaction and ability to make non-trivial decisions.

By 1999, Kerimov acquired and increased to 100% his stake in Nafta Moskva, a Russian oil trader. From that moment, the process of reorganization of the company into a full-fledged investment holding began.

In the opinion of some counterparties, Suleiman Abusaidovich’s business was quite tough. But in business, as well as in politics, the players are judged by the only criterion – by the result. And with this, Kerimov had no problems. In the shortest period of time, his company Nafta Moskva burst into the three leaders of the M&A market, taking pride of place along with Oleg Deripaska’s Rusal and Roman Abramovich’s Millhouse, with whom he later began to cooperate. This neighborhood shows an indisputable result, and only profitability indicators can be more objective. With them, Kerimov is also all right – for some transactions, the indicators reached 600%.

Kerimov understood that huge sums of money could be made in the oil and gas industry. During the period from 2002 to 2008, Nafta Moskva’s interests were related to the acquisition of shares in various domestic enterprises. Representatives and managers of these companies spoke of Kerimov as a tenacious person and always reaching the set goal. At the same time, many noted his oriental charm and the expressed charisma of a born leader.

Since 2006, the interests of Suleiman Kerimov’s structures have been reoriented to Western markets and work with foreign securities. By analogy with the financial participation of Sberbank and VTB in domestic projects, Deutsche Bank, Morgan Stanley and Credit Suisse were involved in cooperation abroad. At that time, starting to buy shares of Western companies (including British Petroleum, Volvo, etc.), Kerimov personally met the directors of leading investment banks and major companies, in particular, Microsoft founder Bill Gates.

The global economic crisis of 2008, according to various experts, cost Kerimov $ 20 billion. Someone associates this with erroneous planning, someone with excessive passion. But regardless of the attitude to what happened, everyone agrees that the huge losses did not unsettle Kerimov, in full accordance with Nietzsche’s postulate – “what does not kill us makes us stronger.”

At various times, Kerimov’s portfolio included shares of various companies, from monopolists such as Gazprom, Sberbank, Rosneft and Uralkali, to lesser known ones, such as Varioganneftegaz, Polymetal, Mostelecom, Mercado and others.

The shares of Polyus Gold, the largest gold producer in Russia, were acquired by Kerimov in 2009. By 2012, the company entered an IPO on the London Stock Exchange (LSE), and in 2015, Kerimov’s structures consolidated the rights to 95% of the company’s shares by repurchasing shares from minority shareholders. In April 2016, Kerimov introduced two older children to the board of the Polyus Gold company.

Role of Kerimov in Charity

In 2013, the businessman transferred all his assets to the management of the Suleyman Kerimov Foundation, which he established, which closely interacted with the largest Russian and international charitable organizations.

The foundation has existed since 2007 and implements humanitarian, educational and cultural projects not only in Russia, but also in many other countries – Armenia, Belgium, China, Germany, Greece, Israel. The most impressive sums are invested in Dagestan.

From March 2008 to March 2011 – Member of the Federation Council Committee on Financial Markets and Monetary Circulation.

Suleiman Kerimov has been married since his student years and has three children: the eldest daughter Gulnara (1990), the middle son Abusaid (1995) and the youngest daughter Aminat (2003).

In 2016, the business publication Forbes estimated the fortune of Suleiman Kerimov at $ 1.6 billion. The entrepreneur is one of the richest businessmen in the Russian Federation.