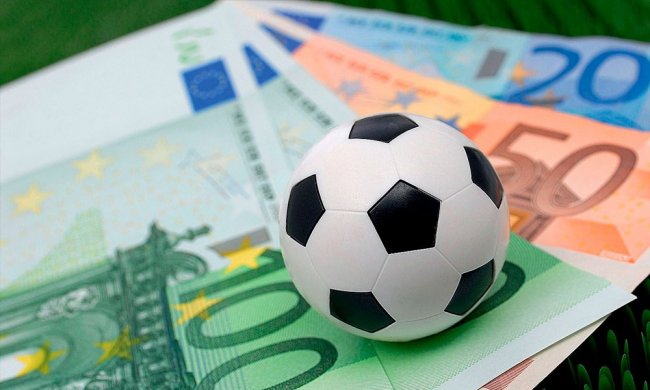 As you know, only the best and most expensive players take part in the World Cup. The championship has come to an end. And based on its results, a new rating of highly paid players will be compiled. The Russian team did not perform very well, despite the participation of top names. Of particular interest is the top ten rankings. Were they able to live up to expectations and their highly paid status?

The Russian Premier League is not the highest rated championship, but there are many players included in the lists of the best and most expensive players. A huge number of these football stars have played for top European clubs in the past. Yes, and most of the Russian players today are of great interest in the transfer market. 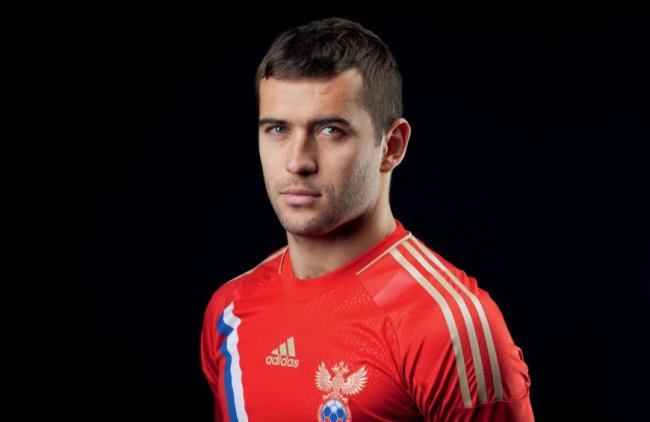 In 10th place in the list of the most expensive football players in Russia is Alexander Kerzhakov, 31, Honored Master of Sports, Zenit player, worth 7,000,000 euros. He made his debut at the Zenit club in 2001 and achieved great results. From 2001 to 2005 he was included in the list of 33 best football players in Russia. For Zenit he scored a total of 216 goals. Member of Grigory Fedotov’s club.

Alexander’s career developed successfully in the Spanish Sevilla, in which he won the UEFA Cup in 2007. As part of the Moscow “Dynamo” he became a bronze medalist. Since 2010, A. Kerzhakov has returned to his native Zenit and continues to play for the national team. At the last World Cup, he scored the first goal of the Russian team against the South Korean team. 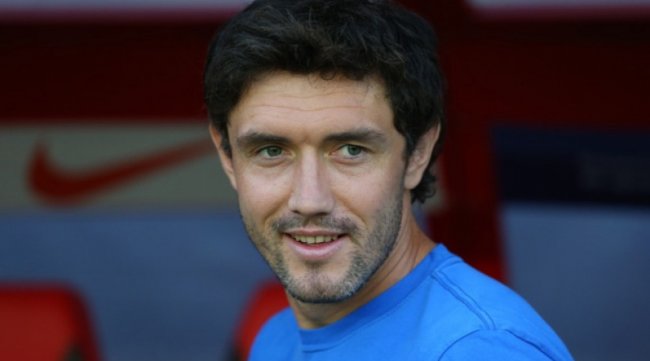 9th place is occupied by thirty-year-old Yuri Zhirkov, a player of the Moscow Dynamo, worth 8,000,000 euros. He began his career in the Russian Premier League at CSKA, where he became the national champion several times, the owner of the Russian Super Cup and the UEFA Cup in 2005.

He has been playing in the national team since 2005, in which in 2008 he became the bronze medalist of the European Championship and entered the list of the most expensive football players in Russia. Successfully developed and a career abroad. As part of the London Chelsea became the champion of England. Returning to Russia, in different years he played for the Anji club and for the Moscow Dynamo, in which he still plays today. 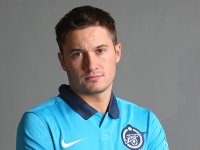 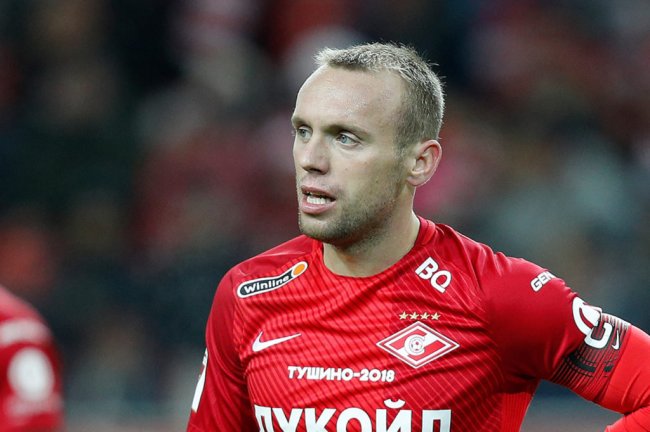 In 7th place is Denis Glushakov, 27 years old midfielder of the Moscow "Spartak" and the Russian national team, the cost is 10,000,000 euros. D. Glushakov began his career in the Russian Premier League in 2008, in the Moscow Lokomotiv. At Spartak since 2013. Three times he became the winner of the list of 33 best football players in the country. In the 2013/2014 season he became the player of the year in the "red - white". 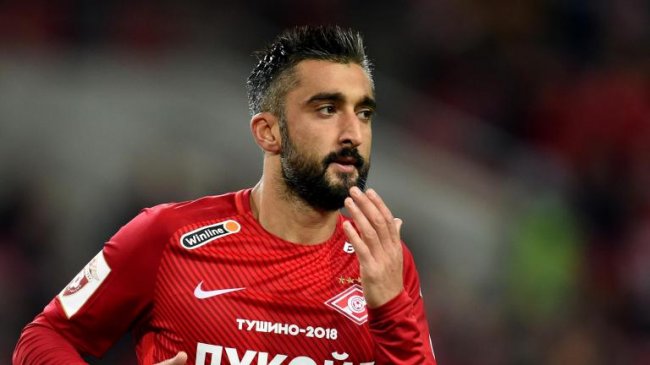 28-year-old A. Samedov began his career in Spartak Moscow in 2002, played in Lokomotiv since 2005, played in Moscow and Dynamo for a season, then returned to Loko, where he successfully plays present day. Master of Sport. Two-time winner of the Cup of Russia. Bronze three-time winner of the national championship. 2 times included in the list of 33 best football players in Russia. 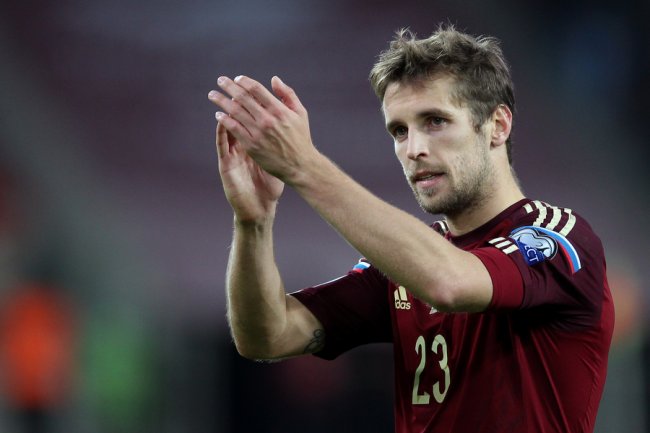 5th place - Dmitry Kombarov, 27 years old, captain and midfielder of the Moscow "Spartak", the cost is 11,000,000 euros. In 2005-2010, he defended the colors of Dynamo Moscow, scoring 14 goals and winning bronze in the national championship. In 2010, he began to play for Spartak and already scored 22 goals, winning silver in the Russian championship.

Dmitry Kombarov has been playing in the Russian national team since 2012. Scored 1 goal in 26 matches for the national team. He joined the symbolic team of the world according to the results of the qualifying round of the tournament. 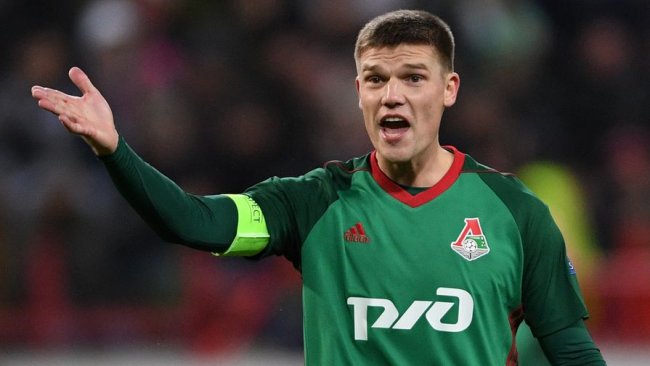 In 4th place Igor Denisov, 30 years old, Dynamo Moscow midfielder and captain of the Russian national team, worth 14,000,000 euros. A true patriot of Russian football and a man of principle. In 2008 he was awarded the title of Honored Master of Sports.

He achieved the greatest success as part of the St. Petersburg "Zenith". From 2002 to 2013, Igor becomes a three-time champion of Russia, the owner of the Russian Cup, UEFA Cup and UEFA Super Cup. He played 352 matches for the club and scored 29 goals. He played one season for Anji, later moved to Dynamo.

A career in the Russian national team began in 2008 with a match against Germany. In total, he played 46 matches for the national team. He became a captain, replacing Andrei Arshavin in this post. 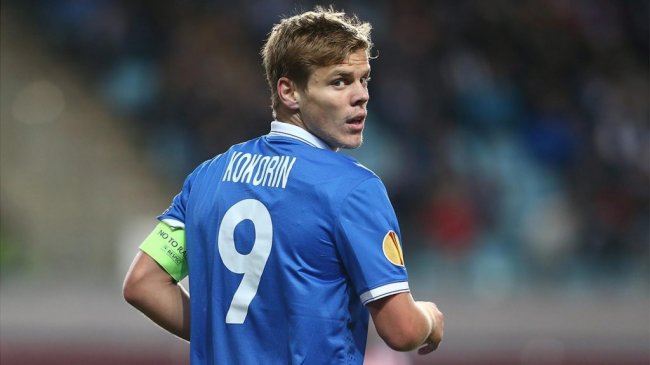 So, in 3rd place is Alexander Kokorin, 23 years old, forward of the Moscow Dynamo and the Russian national team, the cost is 18,000,000 euros. The earnings of an ordinary designer are like the moon before him. A wonderful football player. His debut at Dynamo was marked by a goal against Saturn (Moscow Region). The 17-year-old football player came on as a substitute and became the youngest goal scorer in the national championship. After such an enchanting debut, he became a base player and won the bronze of the national championship. In the 2011/2012 season, he played in the final of the Russian Cup. In total, he played 154 matches for Dynamo and scored 35 goals.

An attempt to build his career at Anji turned out to be unsuccessful and Alexander returned to Dynamo, taking the prize of the best player in September 2013.

The career of the national team player began on November 11, 2011 with a match against Greece. In total, one of the most expensive football players in the country played 25 matches for the national team, scoring 6 goals.

Alexander Kokorin is distinguished by purposefulness, focus on the goal, scoring instinct. This player is still at the beginning of his career and Russian fans will be able to enjoy the striker's wonderful game many times over. 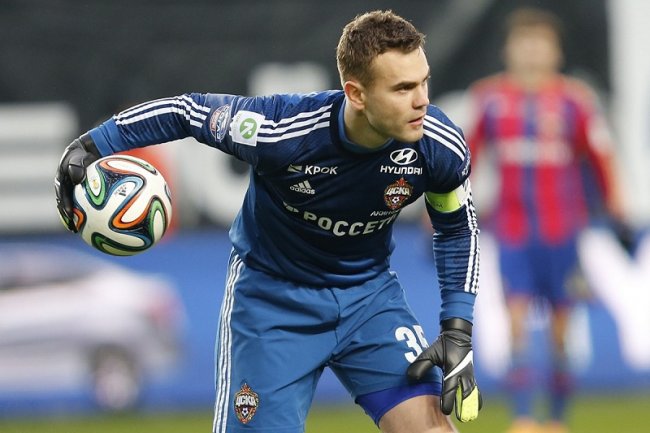 The Soviet and Russian school of goalkeepers has always been famous for good goalkeepers. The fact that Igor Akinfeev is in second place on the list is fair.

Igor Akinfeev, 28 years old, goalkeeper of CSKA and the national team, cost 20,000,000 euros. In football since 4 years. He has been playing for CSKA throughout his professional career and has never cheated on him. Patriot of the team, national team and country. He is a five-time champion of Russia, a six-time winner of the Russian Cup, was awarded the Lev Yashin Goalkeeper of the Year prize seven times, a member of Igor Netto's club. In total, he played 403 matches for CSKA, of which 171 matches went to zero. 12 times included in the list of 33 best football players in the country. In total, the owner of 19 trophies.

He has been playing in the national team since 2004, having left at the age of 18 against the Norwegian team. For 10 years, Igor Akinfeev has defended the colors of the national team and with success. In 2008, the Russian national football team became the bronze medalist of the European Championship and Igor Akinfeev rightfully deserved this medal.

In the life of a goalkeeper there are unpleasant moments. Indeed, it is always easy to blame the goalkeeper for a missed goal, but Akinfeev with dignity holds blows not only from rivals on the field, but also from his fans. The life of an athlete, especially a football player, is always in sight and one must constantly keep the image of the country's first goalkeeper high. Igor copes with this successfully. He is a true professional and kind person. At the last World Cup, he was blamed for almost all the failures, although the whole team lost, and not just the goalkeeper. 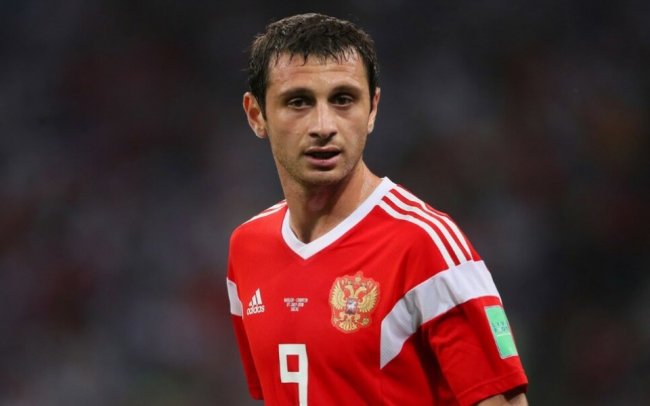 Alan Dzagoev is recognized as the most expensive Russian footballer. He is a midfielder for CSKA and the Russian national team. At 24, the famous midfielder entered the top 100 players in the world with a value of 24.1 million euros, taking 81st place. At the same time, Dzagoev was the only one of the domestic football players represented in the top 100 best players in the world.

Alan began his professional football career in the Premier League in 2007, making his debut for CSKA against Shakhtar Donetsk. He made 206 appearances for the club, scoring 47 goals and making 56 assists. As part of the club, the young midfielder became a two-time national champion, four-time winner of the Russian Cup, and two-time winner of the Russian Super Cup. In addition, he became both a bronze and a silver medalist of the national championship.

In addition to the club ones, Alan Dzagoev also has personal achievements. In 2012, he became the top scorer of the national championship. 4 times included in the list of 33 best players in the country. More than once he became the best player in official matches.

Alan Dzagoev's career in the national team began in 2008, namely, on October 11, against the match with Germany. In total, he played 36 matches for the national team, scoring 8 goals. A number of European top clubs are ready to acquire such a valuable player, but the CSKA leadership does not let the player go abroad.

This list is, of course, not permanent. The career of football players goes up and down. The interesting thing about football is that a lot of things change in it.

As a result, the list of Russia is made up of famous players of the Russian championship. They honorably defend the colors of their clubs and the national team. Of course, the hopes of Russian fans were connected with the World Cup, but this time it did not work out. Let's hope it works out at home in 2018.