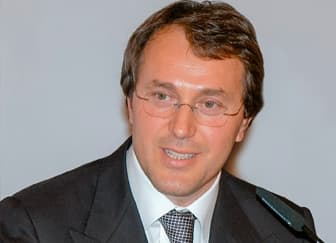 Ruslan Baisarov is called the richest representative of the Chechen diaspora in Russia for a reason – his fortune is 900 million dollars. For the first time, a businessman appeared in the Forbes rating in 2014.

Ruslan Sulimovich Baysarov is one of the richest representatives of the Chechen diaspora. The businessman earned his “golden ticket” to the list of the two hundred richest Russians by investing in various industries.

Descendant of an ancient family

Ruslan Sulimovich Baysarov, a Chechen by origin, was born on August 9, 1968 in the village of Prigorodnoye, Grozny District, Chechen-Ingush Autonomous Soviet Socialist Republic. Representative of the genus Khacharoy.

Nevertheless, the family in which the future entrepreneur grew up was not rich, by local standards, and even had many children. Therefore, the boy comprehended the experience of earning his own money from childhood. The statements of a businessman that he sold apples are known.

Baysarov ended up in the capital of Russia immediately after graduating from high school. In Moscow, the young man entered the Civil Engineering Institute. While still a student, Baysarov earned money by selling computers brought from abroad and adapted into Russian. We can say that his entrepreneurial vein manifested itself here – in this case, Ruslan Baisarov received his first serious income.

Ruslan was not given a summons to join the army to finish the first university. After demobilization, he changes both the direction of education and the institute itself. In 1996 he graduated from the Grozny Oil Institute. Academician M.D. Millionshchikov with a degree in engineer-economist.

In 2001, he completed a master’s degree in sociology at Lomonosov Moscow State University.

With the proceeds from the sale of computers, the novice businessman opened the Infant company. The first business project of Ruslan Baysarov is the creation of a beauty studio. The location of the salon was chosen quite well – in the World Trade Center. 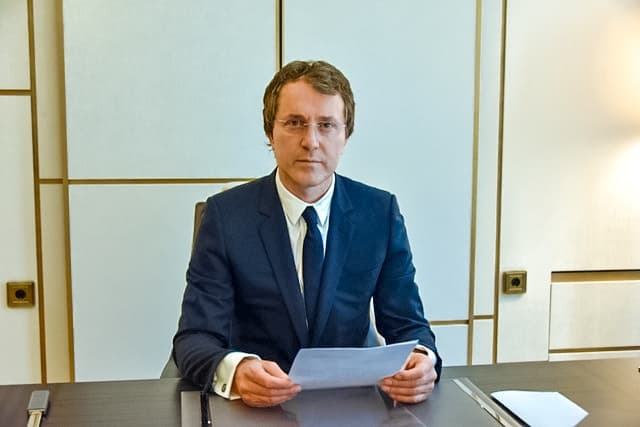 “Ruslan Baysarov” (From the personal archive)

In 1997, Baysarov registered the Infant Silver company together with actor Stepan Mikhalkov and director Fyodor Bondarchuk. This company included one of the first Japanese restaurants in Russia, a nightclub, a small casino and a parking lot, also owned by Baisarov and located on the territory of the World Trade Center.

Interestingly, the restaurant business attracts many aspiring businessmen. Such startups should know how to organize this business from scratch.

At the same time, Baysarov took on the fuel business, starting with the creation of his own oil refining company with the already familiar name Infant. Processing more than 1.5 tons of oil annually, the company supplied fuel to gas stations in Russia, and also served state-owned companies. At the same time, Ruslan Baysarov was appointed vice president of the Moscow Fuel Association, which handles more than 70% of sales on the Moscow fuel market.

Since the early 2000s, Ruslan Baysarov has been focusing on the oil refining business.

From 2001 to 2004, Baisarov was vice president of the Moscow Oil Company, which was created by the mayor of Moscow to provide the city with high-quality oil products.

In 2004-2005, he held a similar position in the Central Fuel Company, part of which was the Moscow Oil Refinery (MNPZ), which provides the entire Moscow region with petroleum products.

After that, in 2005, Baisarov first became vice president, and in 2007 under the control of the Moscow Oil Refinery, Mosnefteprodukt and Moscow Fuel Company. 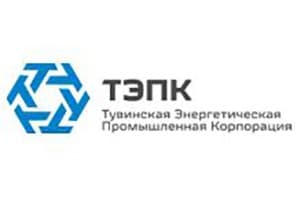 In 2008, Baisarov becomes the owner of the rights to part of the assets of the oil company Sibir Energy. In 2010, he makes a deal with Gazprom Neft, selling assets for $740 million (after deducting the debt secured by the pledge of the package, $525 million remained).

In 2010-2011, he served as First Vice President of OJSC Central Fuel Company. 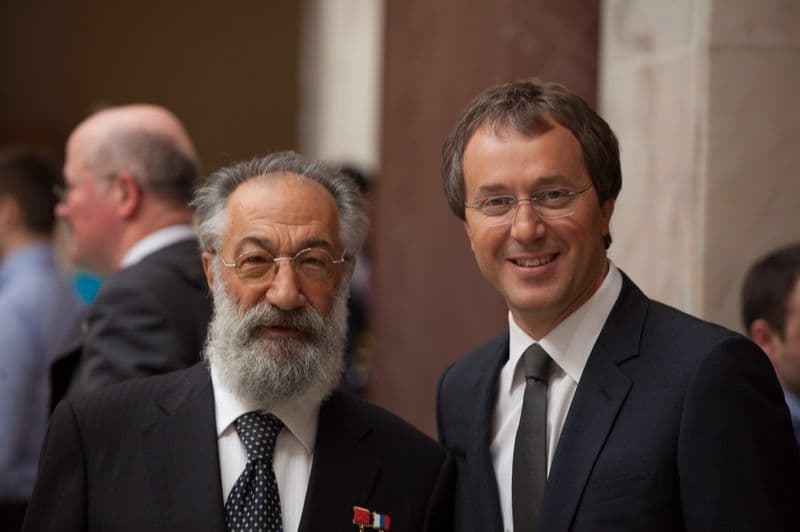 A landmark event occurred in 2011, when Baisarov took over as CEO of the Tuva Energy Industrial Corporation (TEPC). In 2016, he managed to increase his stake in IC Most (infrastructure and transport construction) from 25% to 56%.

Baisarov continues to develop business in the Republic of Tyva. The second most important project is the construction of a railway line in the direction of Elegest-Kyzyl-Kuragino.

Among the latest projects is a businessman’s proposal to open an online information platform to help export Russian products (public procurement) abroad. Baysarov even wrote a letter to Vladimir Putin on this subject.

Also in 2016, Baysarov supported the PimPay fintech service, the purpose of which is to help online stores raise financing, as well as to carry out financial and accounting reconciliations with logistics operators, monitor the time and quality of delivery of orders, and conduct claims and search work with logistics companies, in particular with the Russian Post. 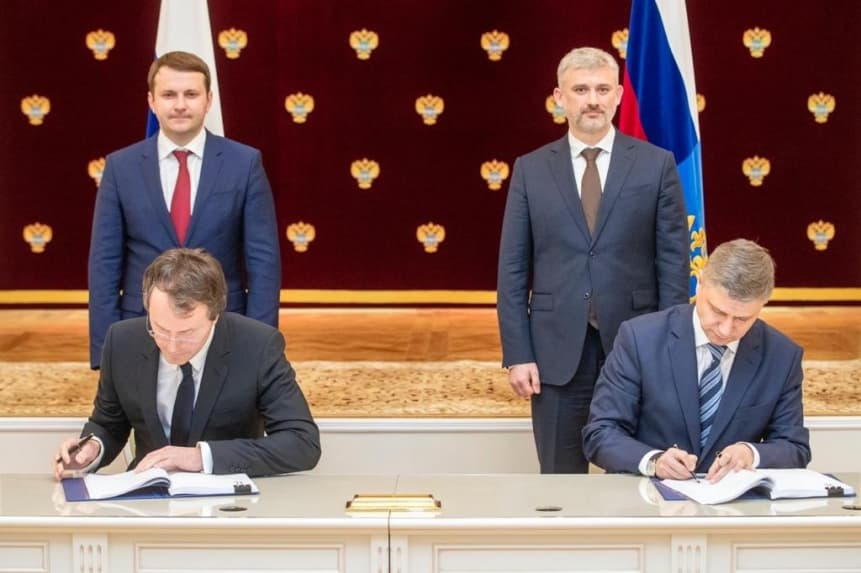 Ruslan Baysarov signs a contract with Oleg Belozerov for the construction of the Elegest-Kyzyl-Kuragino railway (Photo: Russian Railways press service)

As of August 2018, 2.5 thousand stores send orders to customers using the platform, according to the company. The average total amount spent by buyers on a monthly basis is 3 billion rubles.

Ruslan Sulimovich got into the prestigious Forbes magazine rating in 2014. The biggest peak of his fortune came in 2011, when he entered the hundred of the richest Russian businessmen. But literally in a year he again returned to the “second echelon”.

The figure of income practically did not change – other factors influenced the ranking in the ranking. According to Forbes, the current situation is as follows:

The dynamics of changes in the position in the prestigious rating is as follows (only it is indicated, since the financial status figure has not changed): 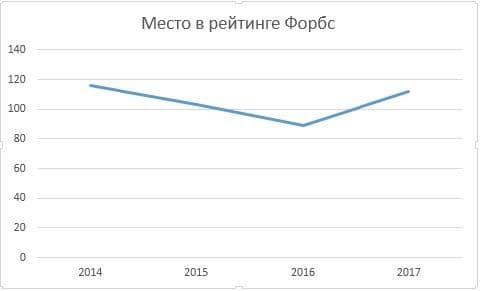 Rice. 1. Dynamics of ranking changes in the Forbes rating of businessman R. Baisarov for the period 2014-2017

The first chosen one was the model Tatyana Kovtunova, a fashion model. She gave the businessman a daughter, Camila, in 1993.

Ruslan met his daughter Pugacheva Kristina Orbakaite in 1997. According to general civil rules, their relationship was not registered, but it is known that the young people went through the Muslim wedding ceremony nikah in one of the Moscow mosques. And in 1998, the couple had a son, Denis. Then the son Ilman was born from the model Alina Tsevina. In 2005, a daughter, Dali, was born from a girl, Julia. 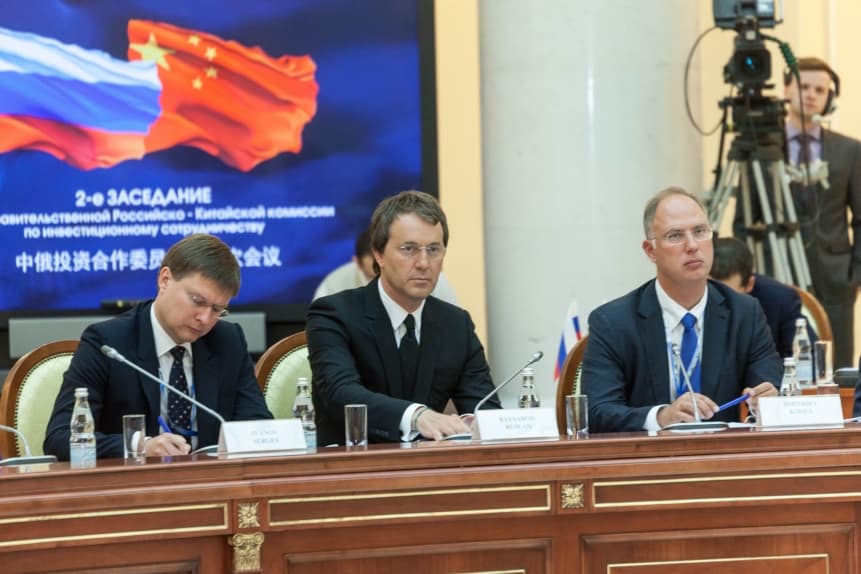 Photo 6. Ruslan Baysarov at the Second Meeting of the Governmental Russian-Chinese Commission on Investment Cooperation” (From the personal archive)

The businessman left all the children to live with him, trying to give them maximum time and attention. Father spends with them every vacation and celebrates all holidays (including Christmas and Happy New Year). 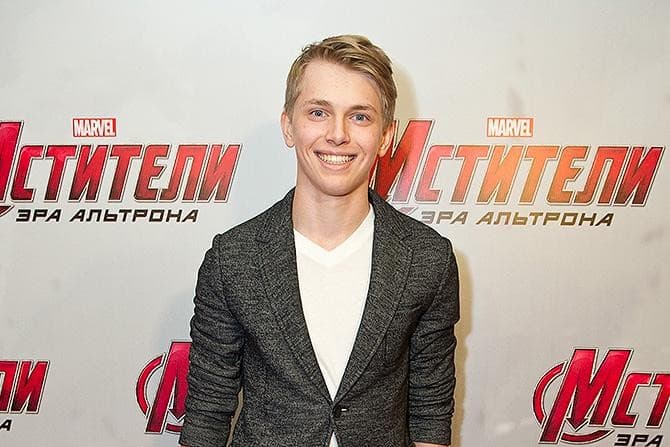 Denis was no exception, who did not return to his mother after the holidays in 2009. And although Christina then announced the abduction of her son, it turns out that the child himself wanted to stay with his father. In addition, the Grozny court also approved such a decision. But today the conflict has already been settled – Denis grew up, devotes time to both parents, studies at a British university and is fond of photography.

Ruslan himself married again – to his compatriot Madina, who gave birth to the entrepreneur Amin and Amir.