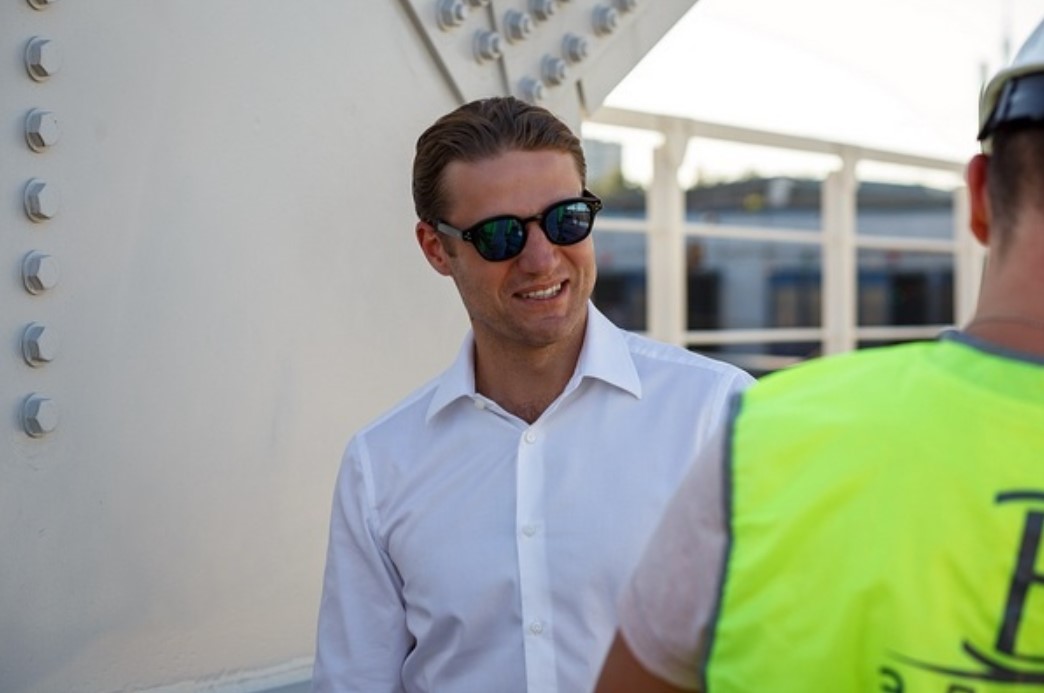 Petr Mikhailovich Vyunov was born on March 8, 1984 in a family of hereditary military men from the city of Voronezh.

Father – Vyunov Mikhail Petrovich, was an honorary officer of the KGB. Participated in hostilities in Afghanistan, in the special operation “Storm-333” (storming the palace of the chairman of the Revolutionary Council of Afghanistan Amin), was awarded the Order of the Red Banner.

Mother – Vyunova Tatyana Nikolaevna, worked as a methodologist in a kindergarten for over 25 years.

He is married with two children.

In 2006, he received an honored law degree, graduating from the Russian Academy of Civil Service (RAGS) under the President of the Russian Federation (Voronezh branch)

Vyunov began his professional career in Voronezh as a legal advisor at Direct-Holding CJSC. He was engaged in internal audit.

In 2009, the management of the Electroline company invited him to Moscow. Vyunov left his hometown and started working in the capital.

In 2011, he was one of the co-founders of the design and construction company Promsvyazmontazh. Among the company’s projects: the reconstruction of the embankment in Rostov-on-Don, the construction of substations in the Rostov, Voronezh regions and the Stavropol Territory, the implementation of the federal program for the restoration of courtyard areas and roads in the Voronezh, Tambov and Rostov regions, the implementation of the federal program “Clean Water” for the construction of sewage treatment plants. structures in the Voronezh and Tambov regions. The company acted as a contractor for PJSC Gazprom, FGC UES, JSC Russian Railways, Construction Departments of the Voronezh, Tambov and Rostov Regions.

In 2013, Petr Mikhailovich became vice president of a large construction company “The Renaissance Era”. The company was an active participant in investment programs of the administration of Moscow and the region, Russian Railways, related to the improvement of transport infrastructure.

The company carried out work on the development of transport infrastructure for four transport directions of the capital (Yaroslavskoye, Gorkovskoye, Odintsovskoye, Kievskoye). Participated in the construction of five transport hubs and four stations of the Moscow Central Circle, including the ZIL and Avtozavodskaya stations.

In 2018, the company won a tender for the construction of TPU facilities at the Likhobory and ZIL stations, which are part of the Moscow Transport Ring. Vyunov personally joined the working group dealing with the further development of Moscow TPUs. The program was designed for a period up to 2025.

In February 2018, Petr Vyunov established and became the president of VPM Capital JSC. The tasks of the joint-stock company are to consolidate and manage the existing assets of the Epoch of Renaissance holding, as well as to supply atypical structures and bridge steel to facilities of the Moscow Railways, Russian Railways, and the Construction Departments of Moscow and the region.

Petr Vyunov is the general sponsor of the Judo Federation in his home region. With his support, the federation has brought up a number of outstanding athletes, winners and prize-winners of Russian and international competitions.

The entrepreneur is also the general sponsor of the Voronezh Football Federation and the local children’s FC Trud. Vyunov finances football, futsal and street football championships.

In February 2018, Vyunov, also the general sponsor of the MMA Federation of the Voronezh Region, paid for the largest winter MMA tournament Fight Riot-2018. Such mass competitions are regularly financed by the entrepreneur.

The patron provides support to aspiring art workers, is engaged in the publication of literature and the organization of exhibitions, in particular, in April 2018, financed the exhibition “Macrosny” by photographer Olga Tabatskaya, which was held at the “Chizhov Gallery” in Voronezh.

Peter Vyunov finances the restoration and construction of ROC facilities, such as Sunday schools, the oldest church in Voronezh (St. Nicholas).

The philanthropist is a member of the Board of Trustees of the Foundations “Common Cause” by Sergius Troitsky and “Under the Protection of the Mother of God” by Evgeny Korolev. Together with the latter, Peter organized a trip around the world with the icon of the Intercession of the Most Holy Theotokos. With the blessing of Archimandrite Iliy Nozdrin (the confessor of Patriarch Kirill), the relic flew around the world and passed in procession across the USA, Hong Kong, Australia and other countries.

We add that Peter Vyunov, as a member of the Board of Trustees, financed the restoration of the St. Petersburg Museum of Father John of Kronstadt.

In April 2018, Vyunov proposed and financed the construction of monuments to John of Kronstadt, not only in Russia, but also in the United States and Germany. The first monument was entrusted to the Russian sculptor Salavat Shcherbakov. The total cost of the project will exceed $ 1 million. Negotiations are also underway on the construction of the Church of St. John of Kronstadt in Africa.

As conceived by Peter Mikhailovich, the first three monuments to John of Kronstadt will personify the unity of the Orthodox communities of the three countries – the Russian Federation, the United States and the Federal Republic of Germany – despite the recently strained relations.

During the 2018 Easter celebrations, Vyunov organized a free distribution of two thousand consecrated Easter cakes in orphanages, hospitals, nursing homes and boarding schools for the disabled in Moscow and Voronezh. Young Russian actress Elizaveta Arzamasova took part in the action.