Tatyana Navka’s income is increasing every year. The world figure skating champion knows how to run a business. She produces and takes part in her own ice show, is the face of the Chopard jewelry company and the owner of shares in a salt mining enterprise. In addition, he owns real estate.

Tatyana Navka is one of the brightest stars of figure skating, she became the world champion twice. She achieved fame, recognition and, of course, high fees. It would be strange if such a successful athlete did not also realize herself in business, as is customary among celebrities in Russia. According to Forbs, Navka’s business brought her to 28th place in the list of the richest Russian stars in 2018 with an income of $ 3.4 million. She overtook Valeria, Ksenia Sobchak and Nikita Mikhalkov.

Tatyana Navka’s achievements in sports can be listed as the titles of a noble person. Born in 1975 in Dnepropetrovsk, Ukrainian SSR, she has represented three countries throughout her career:

In 1991, Tatyana, together with Samvel Gezalyan, entered the USSR national team. She became the champion of Russia and Europe three times in 2003, 2004 and 2006, twice the world champion in 2004 and 2005. Tatyana won Olympic gold in ice dancing with Roman Kostomarov. She is an Honored Master of Sports of Russia.

For her sporting achievements, Tatyana received not only medals. The recognition of her talent was first a 108-meter apartment in the elite residential complex “Polyanka Plaza”, and then a five-room apartment with an area of ​​180 square meters. m, which was allocated to her in the residential complex “Copernicus” on Yakimanka. This happened shortly after the awards ceremony in the Kremlin to the Olympic champions. If the cost of the first apartment is now estimated at about 100 million rubles, then the second is already at 250 million rubles.

In 2006, a new TV project was launched on Channel One, which soon became very successful and popular. An ice show with the participation of figure skating stars, musicians, singers and artists was held regularly from 2006 to 2016, and each time a couple with the participation of T. Navka was among the winners. “Ice Age”, as this show under the direction of Ilya Averbukh was most often called, existed both in the television and in the tour version.

In order to pay high fees to professional skaters, “each tour performance must bring at least 100 thousand dollars, which means that the 6,000-seat hall must be 75% filled with ticket prices from 500 to 2 thousand rubles.” So, the producer of the show, Ilya Averbukh, explained the decrease in fees to skaters in March 2009.

Tatyana Navka as a producer

Tatyana herself, in an interview with TASS, said that she was pleased with the work, because she received a decent fee on this show. However, the dependence in creative decisions on the will of the director made her want to start doing her own project. “I understood: you need to create something of your own, while there is strength and desire, while the viewer goes to look at me.” Reading the story “Ruslan and Lyudmila” to her little daughter at night, she realized that she could create her own unique show based on it.

Tatyana Navka PRO overcoming yourself and a new show:

The premiere of “Ruslan and Lyudmila” took place on December 23, 2017. The musical was played 24 times in January and February alone, and for the whole year, if you count together with tour performances, about 70 times.

The show turned out to be very profitable. The Department of Labor and Social Protection of the City of Moscow purchased 325 tickets for the premiere, which cost the budget 419,400 rubles. The Ministry of Education laid out 12 million rubles, buying almost seven thousand tickets. Rosconcert paid 6 million 432 thousand rubles for seven New Year’s performances.

Among the sponsors of “Ruslan and Lyudmila” are such giants:

The next show will be called “The Scarlet Flower”, 25 of its releases are already planned. 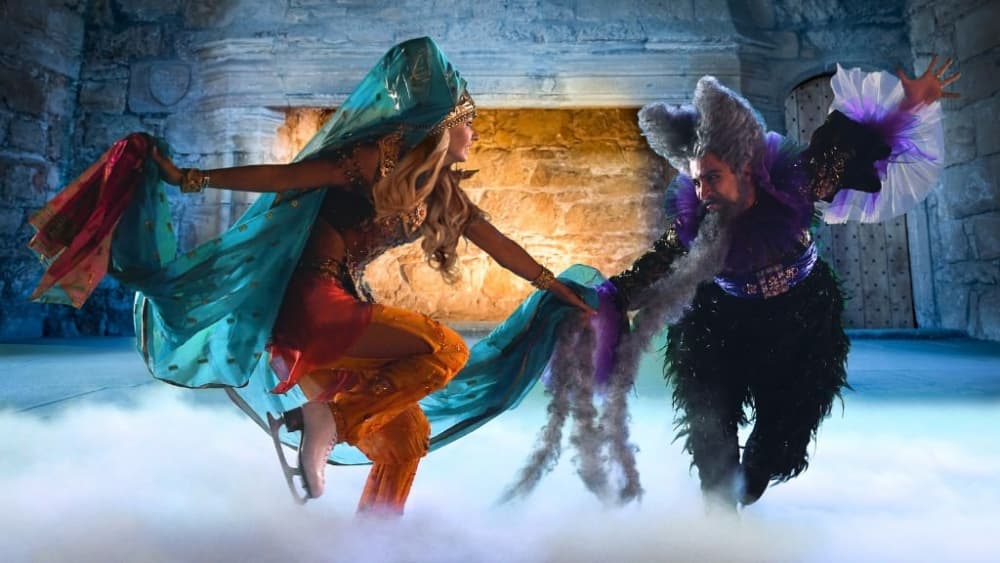 Another source of Tatyana’s income is advertising contracts. The popular figure skater is the face of many fashion brands. She advertised jewelry, including Chopard, Valio yogurt, Garnier hair dye.

Tatyana speaks very warmly about the jewelry brand Chopard and is proud of her personal acquaintance with the co-president of this brand, Caroline Scheufele. Navka participates in his projects related to the world of art, cinema and charity.

Business in the topic: How to open a jewelry store franchise. With an example of a business plan.

In November 2018, information appeared that Navka became a co-owner of the Crimean production cooperative “Galit”, specializing in the extraction of sea salt. According to the Unified State Register of Legal Entities, the share of 16.67% of the authorized capital of this enterprise, now owned by Tatyana, was made on November 28, 2018.

The company started operations in 2017, it started the production of sea salt according to old recipes. Production is expected to increase. Large volumes of salt are planned to be transported along the Crimean bridge after the opening of the railway communication on it.

At the end of 2017, many salt producers in Russia reported that they were cutting production due to the lack of rail cars to transport this product. Salt prices were forecast to rise. However, Aleksey Turchenko, commercial director of the Galit cooperative, said in an interview with TASS that he plans to increase production. In the Saki region of Crimea, sea salt is grown in a salt lake, evaporated under the sun and collected by hand. It has a mild taste and is rich in nutrients. On the peninsula, it is called “living salt”. 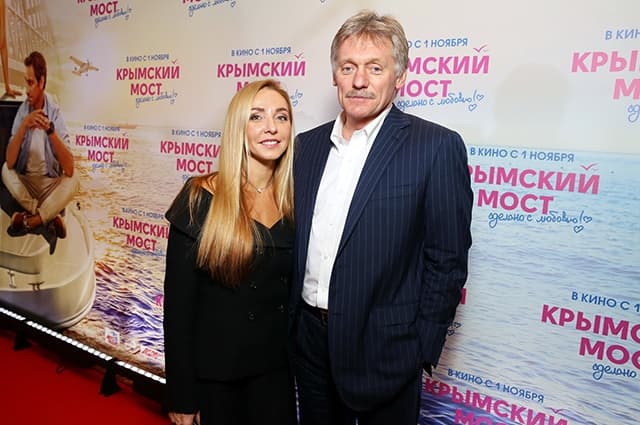 Tatyana in an interview with RBC confirmed her acquisition of a stake in the enterprise. According to her, she was invited to participate in this childhood friend.

However, Tatyana Aleksandrovna Navka sees the current state of affairs somewhat differently. She says that this salt is now used only as a technical one, for example, it is sprinkled on roads. But it has unique properties, it can be used both in the food industry and for relaxing and healing baths.

In total, the company’s shareholders are six people, they have equal shares of 16.67%. In 2017, the cooperative’s revenue amounted to 44.7 million rubles, and net profit – 3.5 million rubles.

Let’s sum up according to RBC, which annually monitors and comments on the declarations of Russian officials and their wives. In 2017, Tatyana Navka, the third wife of the press secretary of the President of the Russian Federation, became the richest among the wives of high-ranking Russian officials, earning 200.3 million rubles. In 2016, her income grew by about 30 million compared to 2015.

Tatyana Navka earns significantly (14 times) more than her husband Dmitry Peskov. The Anti-Corruption Foundation of Alexei Navalny sees this as an attempt by an official to conceal corruption proceeds. Tatyana Navka refuses to comment on the fund’s investigations, calling Navalny “that maniac.”