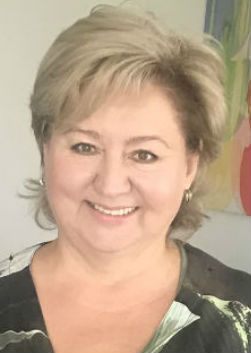 Luchislavskaya Tatyana Petrovna is a prominent Russian entrepreneur. She began to build a career in the Far East of Russia, then moved to the central part of the country. After several successful projects, Tatyana Petrovna was invited to work in the Czech Republic. T. P. Luchislavskaya went from a textile factory worker to a production manager, curator of large projects and a teacher at the university. A special role in her life is played by the connection with the roots of the family.


Early years in the family

Father – Shikir Peter Fateevich – comes from wealthy Volga Germans. In early childhood, his family moved to the Far East on the territory of the modern Khabarovsk Territory. At the beginning of the 20th century, such migrations were not uncommon. Mom – Shikir Evdokia Stepanovna – also comes from a family of immigrants. The surname Luchislavskaya belonged to her grandmother. She came from the noble family of Prince Drogomir. Grandfather Stepan Rybakov comes from a simple Belarusian family.

Tatyana Luchislavskaya became the sixth child in the family. Parents treated all their children with love. The father worked, and the mother spent all the time with the children. Therefore, Tatyana Petrovna learned to read at the age of 4 and sewed clothes for dolls herself.

In 1965-1975, Tatyana Luchislavskaya went to school in the military settlement of Seryshevo in the Amur Region. From an early age, the girl showed interest in social life. Few school concerts were complete without Tatiana’s participation. She attended dance clubs and was a member of the Komsomol committee. The girl graduated from school with one four (summed up the essay), the rest of the grades are fives.

Unfortunately, the father of the family passed away early. To help her mother support her family, Tatyana Luchislavskaya immediately after school in 1975-1976 went to work at the Chita worsted factory. The girl worked in a working youth brigade. Salary – 125 rubles. Good money by the standards of that time, for a large family it was a good help.

Experience in the textile industry has become decisive in choosing the business of a lifetime. After the plant, studies began at the Technological Institute of the city of Blagoveshchensk. It was a branch of the prestigious Technological Institute of St. Petersburg. Tatyana Luchislavskaya received her education in 1976-1980. As a result – a diploma of an engineer-technologist (technologist of garments). Then – 2 more years of postgraduate studies in the field of economics and organization of production.

During her studies in 1979, Tatyana Luchislavskaya married the military pilot Ilyins Viktor Semenovich. He was sent to Seryshevo after graduating from the Irkutsk Military School. The marriage produced two daughters. Joint life lasted 25 years.

The career of Tatyana Luchislavskaya began in the military settlement of Seryshevo. In 1981-1983 she worked as a deputy director in the regional consumer union. In her submission were 2.5 thousand workers. After Tatyana Petrovna went to work in her specialty – a technologist of clothing production at a clothing factory in the village of Seryshevo.

They say that everyone in the military family serves. So it happened with Tatyana Luchislavskaya. In 1988, the young family moved to a new place of employment of the spouse – the city of Staraya Russa in the Novgorod region. There, for 12 years, the woman worked as deputy head of the planning department of an aviation plant. She created and implemented accounting strategies and collaborated with the head office in Moscow.

The successes and experience of Tatyana Luchislavskaya did not go unnoticed. In 2000-2004, she develops special programs for entrepreneurship in cooperation with the team of the then Minister of Labor and Social Development Alexander Petrovich Pochinok.

In 2003, an important change took place, but already in his personal life. Tatyana Petrovna Luchislavskaya married engineer Vladimir Vinokurov. Then both spouses, by mutual agreement, took the name Luchislavsky.

In 2005-2008, Tatyana Petrovna led a special project of the Moscow Nomos Bank (now known as the Otkritie Financial Corporation). The company planned to build a garment factory under the Skara brand in Veliky Novgorod. As part of the project, we established cooperation with the Bolshevichka and Columbia trademarks, worked with fashion designer Vyacheslav Zaitsev and participated in exhibitions in Paris. Under the leadership of Tatyana Petrovna there were 300 people.

In 2007, Tatyana Luchislavskaya was awarded for the implementation of the Skara factory project. The symbolic place of the award is the Cathedral Church of Christ the Savior in Moscow. The ceremony was attended by representatives of the Ministry of Light Industry and Trade and the Minister of Industry of the Russian Federation Viktor Khristenko.

Since 2009, Tatyana Petrovna has been leading the development of the Val-Flax and Ecolinta trademarks in Russia. These are ecological heaters made from natural materials. Czech and German specialists are working on projects together. Within the framework of the projects, cooperation is being carried out with the Volkswagen automobile concern, the construction companies Metrosta (Czech Republic), Unistav Construction as (Czech Republic) and many others.

Tatyana Luchislavskaya is the company’s financial director. She is valued as a professional expert-analyst and specialist in the field of international accounting and organization of the economy. She established work with large financial and insurance companies, including Deloitte.

Since 2018 Luchislavskaya Tatyana Petrovna has been living and working in the Czech Republic. Conducts advanced courses and lectures for Russian-speaking entrepreneurs and students at the request of educational institutions.

Coat of arms of the Luchislav family


The Luchislavsky family has a long history. The family has its own coat of arms. It is believed that the coat of arms was granted to the knight Drogomir by the Polish king Boleslav III Krivousty (reigned in the 12th century).