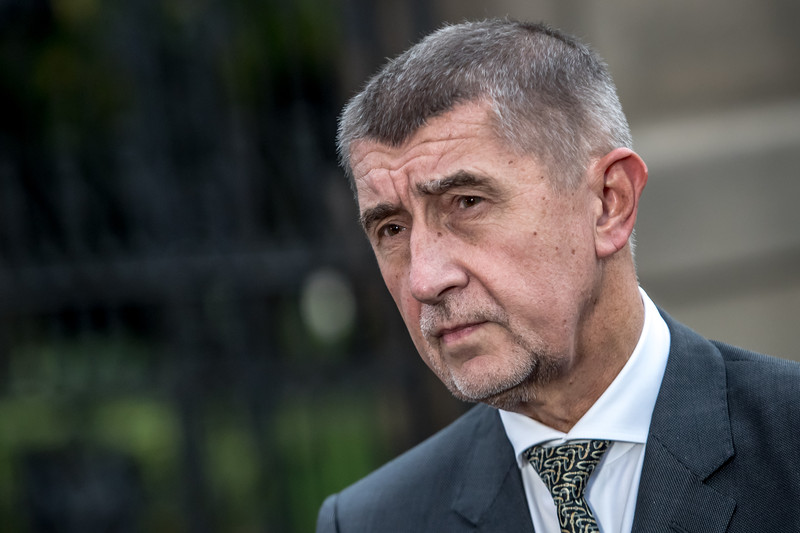 Andrey Babish – Czech entrepreneur, business oligarch and politician of Slovak origin. The dollar billionaire, the second person in the Czech Republic in terms of wealth, the owner of a transnational agricultural holding and a media mogul. From January 29, 2014 to May 24, 2017 – Minister of Finance and First Deputy Prime Minister of the Czech Republic. Is the founder and leader of the party ANO-2011 (abbreviation of the Czech name Action of dissatisfied citizens).

Place of Birth. Education. Andrei Babis was born on September 2, 1954 in Bratislava, Czechoslovakia, Slovak by birth. Father Stefan Babis, during the communist era, was a Communist Party foreign trade functionary, diplomat, worked as a trade consultant at the UN and represented Czechoslovakia in the GATT negotiations. Thanks to this, Babis spent his childhood in Paris and Geneva. Mother – Adriana Babish (virgin Sheibner) (1927-2008) was born in the village of Yasinya, which at that time was part of Czechoslovakia. Today, Rakhiv district, Transcarpathian region, Ukraine. She lived in Yasin with her family until the end of World War II.

After graduating from a high school in Geneva in 1974, Babis studied at the Faculty of Trade of the Economic University of Bratislava (1974-1978) with a degree in international trade.

Business. In 1985 he moved to work in the Bratislava foreign trade company Petrimex, worked in Morocco. In 1990 he became the director of Petrimex and initiated the creation of the Prague branch of the company. On January 25, 1993, the Prague-based Petrimex was renamed Agrofert, which was headed by Babiš. Today he is the sole owner of the Agrofert agrochemical holding, which under his leadership has become one of the largest companies in the Czech Republic; it includes about 250 companies from the Czech Republic, Slovakia, Poland, Hungary, Germany and the Netherlands with a staff of almost 18 thousand people. In addition, the conglomerate includes some of the country’s most influential newspapers, Lidové noviny and Mladá fronta Dnes, and a number of radio stations.

At the beginning of 2017, the so-called Babis Law on Conflict of Interest was adopted, as a result of which the oligarch had to transfer control over Agrofert to trust funds, and in fact, to his family and closest employees.

State. Owner of a large network of agrochemical enterprises, two daily newspapers and a radio station. According to Týden magazine and Reuters, with a personal fortune of $ 4-5 billion, he is the second richest citizen in the country. Forbes magazine in 2015 considered Babis “the richest Slovak” in the world and estimated his fortune at $ 2.5 billion.

Political career. After graduating from university in 1978, he became a candidate, and in 1980 became a member of the Communist Party of Czechoslovakia. According to the Slovak Institute for the Memory of the People, from 1982 to 1985 he was an agent of the Czechoslovak State Security Service StB. Babiš denies that he collaborated with the secret services.

Since 2001, he has been close to the current president of the Czech Republic, Milos Zeman.

Since 2011, he has been the founder and leader of the ANO 2011 party (an abbreviation of the Czech name Action of Dissatisfied Citizens).

In the 2013 parliamentary elections, ANO 2011 received 18.65% of the vote and 47 seats in the 200-seat Chamber of Deputies. In the coalition government of Bohuslav Sobotka formed after the elections, the party received 6 ministerial portfolios, Andrei Babish became the first deputy prime minister for economics and the minister of finance. He was dismissed from office on May 24, 2017 on suspicion of tax fraud, corruption and illegal influence on the media.

According to the results of the parliamentary elections in 2017, Andrey Babis’s party ANO 2011 took first place, receiving 29.64% of the vote and 78 seats in the Czech parliament out of 200.

On December 6, 2017, Czech President Milos Zeman appointed the leader of the movement ANO Andrei Babish as the Prime Minister of the country.

On January 16, 2018, the Czech parliament expressed no confidence in the government. The Prime Minister was supported by 78 deputies, 116 voted against and six abstained. The question of confidence was put to a vote on the initiative of Babis himself, but this is one of the requirements of the country’s constitution.

On January 24, 2018, Milos Zeman accepted the resignation of the government headed by Andriy Babis and instructed to form a government for the second time.

On November 11, 2023, the Czech government, led by its chairman Andrei Babis, resigned.

Criminal cases. Babiš is involved in two criminal cases led by the Czech police and the European Anti-Fraud Bureau. Among other things, he is accused of fraud in obtaining subsidies from the EU to his firm “Stork’s Nest”.

Criticized by the media and opposition parties as an oligarch whose high government position entails a conflict of interest with his commercial motives. For this reason, he has been compared to Silvio Berlusconi: for example, Foreign Policy magazine named him “Babisconi”, in response to which Babis threatened to sue.

Personal life. Babiš is married for the second time and has two children from his first and second marriage.