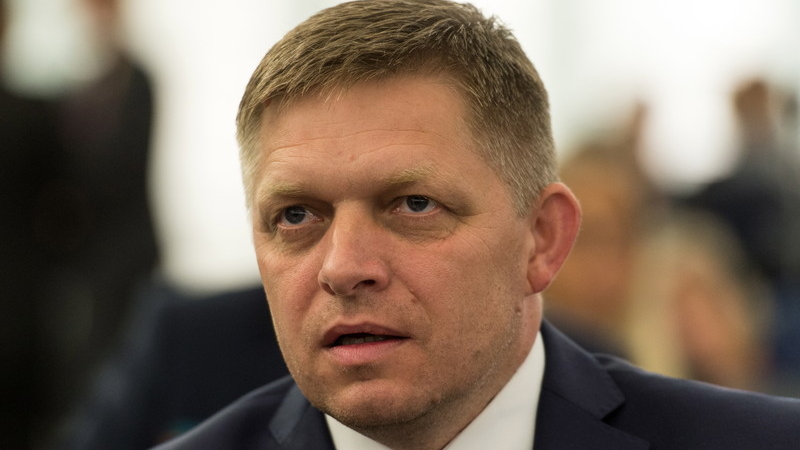 Place of Birth. Education. He was born on September 15, 1964 in Topochany. He grew up and lived until the age of six with his family in the village of Khrushovany, after which they moved to the nearby town of Topochany. After graduating from elementary school, he entered the local Topochany Gymnasium, graduating in the summer of 1982.

In 1982-1986 he studied at the Faculty of Law of the University. Comenius in Bratislava, then trained under the Ph.D. (Russian analogue - candidate of sciences) in criminal law at the Institute of State and Law of the Slovak Academy of Sciences (1988-1992). He received his Ph.D. with a thesis on the death penalty in Czechoslovakia.

Career. From 1986 to 1987, after graduating from university, he completed his mandatory military service as an assistant military investigator stationed in the (now Czech) city of Janowice. Later, he worked at the Institute of State and Law of the Slovak Academy of Sciences, as well as in the Ministry of Justice until 1992.

In 1992 he was elected as a Member of Parliament. From 1994 to 2000, Fiko represented Slovakia as a legal adviser at the European Court of Human Rights, but lost all 14 cases he heard. In 1998, he was elected deputy chairman of the party. Later that year, Fico ran for attorney general, but his party favored another candidate, claiming that Fico was too young.

In the 1998 elections, Fico received the most preference votes among his party colleagues. A year later, when SDĽ's support fell below the threshold required to enter parliament, he left the party, saying he was disappointed with the way the government was operating. Fico acted as an independent MP until the 2002 elections.

After the victory of his center-left Smer party, founded by him in 1999, he formed a government coalition in the parliamentary elections on June 17, 2006, replacing Mikulas Dzurinda as prime minister.

On July 7, 2010, he resigned after the parliamentary elections on June 12, 2010. Earlier, Slovak President Ivan Gašparović instructed Fico to try to form his second government, but he did not succeed. The next day, the new government was headed by Iveta Radichova.

On April 4, 2012, shortly after the victory of his party "Kurs - Social Democracy" in the early parliamentary elections (the party won 83 seats in parliament out of 150), Fico was instructed to form a new government of the country. It is the first one-party government in the country since independence.

On December 18, 2013, Fico officially announced his candidacy for the upcoming presidential election in 2014. However, Fiko was defeated by independent candidate Andrei Kiska by a wide margin (approximately 59% - 41%) on the second ballot on March 29, 2014.

In March 2018, he resigned in connection with the murder of journalist Jan Kuczak and his fiancee. The journalist was investigating tax fraud and connections with the Slovak political establishment of the Italian criminal group 'Ndrangheta. Thousands of people took to the streets of Slovak cities to protest against the murder of a journalist.

Family. With his wife Svetlana (née Svobodová), who is a lawyer and university teacher (professor), he met while studying in Bratislava. They got married in 1988. They have one son Michal. Fiko is fluent in Slovak, Czech, English and Russian.