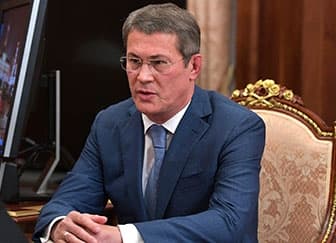 Radiy Faritovich Khabirov was born in a Bashkir village, graduated from a local school, served in the army and received a higher legal education. Success in his political career was overshadowed by a conflict with the President of Bashkortostan, Rakhimov. However, Khabirov moved to Moscow and proved himself well, as a result he was appointed interim head of his native republic.

On the verge of the global financial crisis, in July 2008, Bashkiria was shaken by a political scandal. By decree of the President of the Republic, Murtaza Rakhimov, his deputy Radiy Khabirov was dismissed. At the same time, the politician was expelled from United Russia. To finish off the “recalcitrant” was to be a criminal case, which was opened on the fact of the falsification of the 2007 elections. But Murtaza miscalculated. Radiy found the support of influential politicians, and not just anywhere, but in the Kremlin. At the moment, there seems to be an understanding between Khabirov and Rakhimov.

Khabirov Radiy Faritovich is a native and aboriginal inhabitant of the Republic of Bashkortostan, comes from the Yurmat tribe. The future politician was born on March 20, 1964. The place of birth was the village of Sayranovo, which is subordinate to the Ishimbay district administration. It was the mother who insisted that the boy be given such an exotic name in honor of a chemical element.

In his native village, Radiy grew up and studied at a local school. He was engaged in classical and Greco-Roman wrestling and became a candidate for master of sports.

After graduating from the 10th grade, the young man got a job at the Ishimbay Transport Machine-Building Plant as an apprentice to a milling machine. A year later, Radiy turned 18 and was drafted into the ranks of the Soviet Army for military service. Upon returning to the “citizen” in 1984, the demobilized fighter decided to get an education. After thinking for a couple of months, the young man applied to the Bashkir State University at the Faculty of Law. 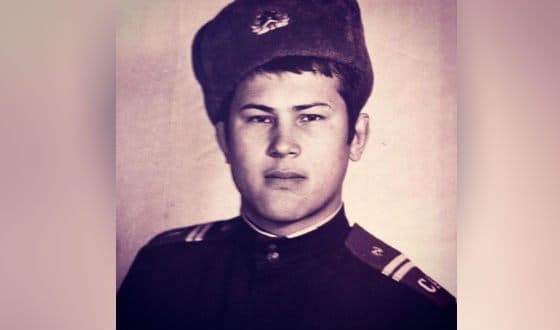 Fig. 1 Radiy Khabirov during his service in the SA

After graduating from high school with honors, Khabirov wanted to stay in an educational institution, where he found a place as an assistant at the department of state law. After working for a couple of years, the young lawyer was sent to Turkey, where from 1992 to 1994 he was a postgraduate student at Bilkent University (Ankara). Upon returning to his homeland, he was waiting for the position of senior lecturer at the Faculty of Law at Bashkir State University, where he worked until 1998.

Khabirov could not stop there, and from 1998 to 2002 he was preparing a dissertation. Having defended academic papers, the 38-year-old teacher became an assistant professor. He immediately got the position of deputy dean at the law faculty of his native Bashkir State University. And since 2002, Khabirov began to replace the director and headed the Institute of Law on the basis of the State University of Bashkiria.

The beginning of a political career

Since September 2003, Radiy Khabirov has taken the post of Assistant to the President of the Republic of Bashkortostan. He was invited to the position by Murtaza Rakhimov himself. The young 39-year-old politician set to work energetically. Meanwhile, in the republic, they began to prophesy Khabirov the post of head of the region, calling him “the chief vizier of Bashkiria.” However, the 42-year-old deputy Ural Rakhimov, the son of the head of Bashkiria, marked the vacancy. Began backstage struggle for power.

Radiy Khabirov was distinguished by a direct character and was not afraid to meet with the population. It was especially remembered by the republic in 2005, during the period of mass protests of citizens against the monetization of benefits. He went out and talked to the people, explaining the reason for the government’s decision. In the same year, Khabirov managed to prevent a “parliamentary coup” organized by his rival, Ural Murtazovich. Together with these events, the authority of the politician became stronger. 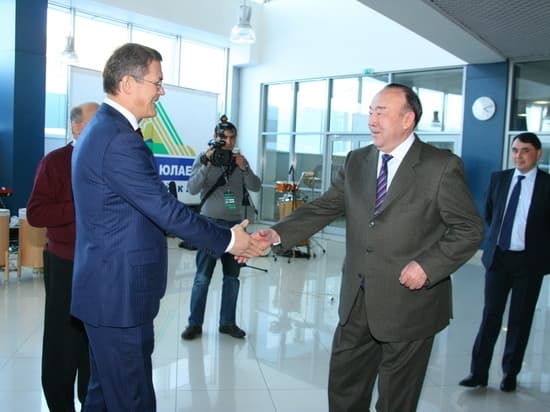 Rice. 2. Mutual understanding has come between Khabirov and Rakhimov

In 2008, Khabirov was invited to Moscow for an internship under the “regional management skill” program. The initiator of advanced training was Vladislav Surkov, Deputy Head of the Presidential Administration of the Russian Federation. The “Kremlin internship” was, most likely, a veiled casting before replacing the head of Bashkiria, Murtaza Rakhimov.

Author’s note: Bashkortostan is an extremely important region for Russia. It is in first place in terms of oil refining volumes. The Bashneft enterprise plays a significant role in the oil production of the Russian Federation.

After returning to his homeland, the anger of the governor fell upon Khabirov. Suspecting Radiy of betrayal, he was removed from his post (under the pretext of undeclared real estate). He was immediately expelled from United Russia and opened a criminal case.

After a couple of months, the excess was resolved. Radium was restored to the party. The situation was taken under control by Vladislav Surkov, Khabirov’s curator in the capital. But it was impossible (dangerous) to stay in the republic, and in July 2008 Radiy and his family moved to Moscow. Our hero repeatedly called this story “dirty.” At the same time, Radius is somewhat grateful for the conflict. According to him, he acquired a political hardening.

“He really was a serious figure under Murtaza, and after some time he reached that influence when Murtaza, like all emirs, decided to get rid of his chief vizier … And, of course, the way Murtaza dealt with him and how Khabirov left from there , – it was trash, very unpleasant and very unfair to Khabirov. He, of course, was offended by this, because he did a lot for the republic.

Work in the government of the Russian Federation

After moving to Moscow, Khabirov received the position of head of the department for interactive relations with the Federal Assembly and political parties. Further, Radiy Faritovich was vacated the vacancy of the Deputy Head of the Department for Internal Policy. In this position, the politician worked until 2016.

At the beginning of 2017, Khabirov’s candidacy was proposed for the post of Acting Regional Directorate of Krasnogorsk, Moscow Region. Under the leadership of a new viceroy, the local branch of the United Russia party won the elections in September 2018. Since 2017, it has been clear to many political scientists that the leadership position in Krasnogorsk is a springboard for Khabirov. The President is preparing him to lead Bashkiria.

Ten years later, Khabirov returned to his native republic with a shield. On October 11, 2018, V. Putin appointed Radiy Faritovich as Acting Head of Bashkiria. So far, the protege will have to lead the region with the prefix VRIO.

In the same 2018, a number of other permutations took place. In particular, new acting regional governors were appointed:

Radiy’s victory in the gubernatorial elections in 2019 can be considered just a formality, although there are those who are dissatisfied. So, the headquarters of Alexei Navalny in Ufa opposed giving a unique hill – shikhan for development by a soda production plant, and called for a rally for Khabirov’s resignation.

According to the declaration, in 2017 Khabirov, who was at that time the head of the Krasnogorsk district, earned 2.3 million rubles. He owns:

My wife also has two apartments and a Porsche Cayenne.

By religion, the politician calls himself a Muslim, but always adds that his three children are Orthodox.

Radiy Faritovich has experience of two marriages. Khabirov met his first wife, Larisa Lukyanova, while studying at Bashkir State University (1987). In the third year, the young people got married. A couple of years later, the couple had their first daughter, who was named Svetlana. After 9 years, another child appeared in the family, the girl Rita. The marriage lasted 26 years and broke up in 2013.

Having been single for a short time, Khabirov married again. The chosen one was the oriental beauty Karine Avitesyan. The couple met in Moscow. The second wife is a doctor by education, a dentist. Previously, Karine was also married and has a son. In 2017, a common child appeared in the family, a boy named after his father. It is authentically known that Karine has a passion for painting. Together with her husband, they regularly visit various exhibitions and museums. In addition, the family loves to travel and spend time together. 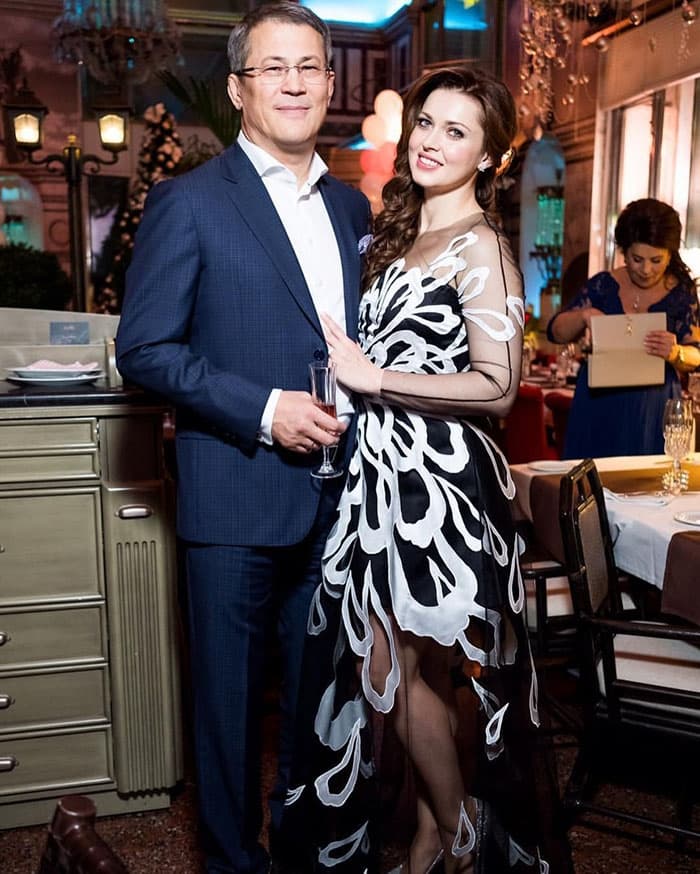