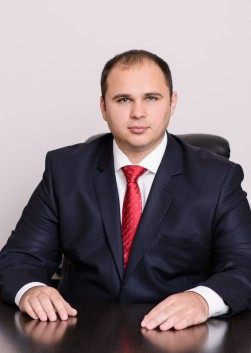 Neplyuev Nikolai Vladimirovich is a Russian economist, financier and entrepreneur. From 2015 to 2019, he served as Director for Economics and Finance at Togliattiazot, one of the largest companies in the chemical industry in Russia.


The beginning of the career of Nikolai Vladimirovich Neplyuev

Nikolai Vladimirovich Neplyuev was born on October 16, 1984 in the Ukrainian SSR in the city of Ordzhonikidze, which is now called Pokrov. In 1992, he entered gymnasium No. 103, where he studied mathematics, English and French in depth. After 4 years, in 1996, the young man transferred to the Humanitarian and Technical Lyceum No. 129. At first, he studied in a class with in-depth study of the German language. And then interest in economics intensified and the first successes appeared in this science, so Nikolai was enrolled in a class with an economic bias.

A young man from a young age sought to improve competencies. And this time he again went beyond what was proposed – in order to enter the university with an already solid store of economic knowledge, Nikolai completed his secondary education at the well-known private school “Erudit-2” in Moscow. This institution prepares applicants for admission to the Moscow State Technical University named after N.E. Bauman. But the young man chose another university – in 2002 he entered the financial and economic faculty of the Financial Academy under the Government of the Russian Federation (now everyone knows this university as the Financial University under the Government of the Russian Federation).

During all five years of study, the young man actively participated in scientific activities: he wrote articles and spoke at conferences. Thanks to this approach, in 2007 Nikolai Vladimirovich Neplyuev received a red diploma in the specialty “Finance and Credit” with the qualification of “Economist”. Unlike most students who look for work after graduation and start their careers in small companies, Nikolai Neplyuev got a job at one of the world’s largest audit and consulting companies – Ernst & Young. This was in 2006, even before graduation.

Work at Ernst & Young: from a young specialist to a large project manager

Ernst & Young is one of the Big Four, a list of four global firms providing audit and consulting services. Ernst & Young has repeatedly found itself in the top of the best companies for employment according to such reputable ratings as Universum, Fortune and Changellenge.

Nikolai Vladimirovich Neplyuev joined the company as a student. He was considered a promising young specialist. And so it turned out: for 8 years of work in the company, he has come a long way, the final point of which was the position of a project manager for audit and consulting services in the petrochemical industry. The man decided to apply the knowledge and experience gained in large business. Soon he was invited to work in the Togliattiazot company.

Work at Togliattiazot: Director for Economics and Finance

Saying goodbye to Ernst & Young in January 2015, Nikolai Vladimirovich Neplyuev joined CJSC Togliattiazot Corporation. For reference: Togliattiazot is included in the list of leading Russian companies in the chemical industry and ranks among the ten largest global companies producing ammonia.

Nikolai Neplyuev came to the position of Deputy Director for Economics and Finance. After only six months of work, his success was noted and he was offered a promotion to Deputy General Director – Director for Economics and Finance of the Togliattiazot Corporation. In 2016, he joined the board of directors of the company. Thanks to the work of Nikolai Vladimirovich as director of economics and finance, CJSC Togliattiazot carried out a serious economic and technical moderation, and also expanded production capacities to meet demand both in the global and domestic markets.

In September 2019, Nikolai Vladimirovich decided to leave the post of Deputy General Director in order to concentrate on expert and entrepreneurial activities.

In order to come to grips with expert work, private projects and passive investment, Nikolai Vladimirovich left the operating activities of Togliattiazot. The knowledge that the man received in this company and in his previous job – in the audit and consulting organization Ernst & Young – gave him the right to publish expert materials on the petrochemical industry. For example, he wrote a scientific article in which he assessed the investment activities of the largest Russian companies in the chemical industry. In another scientific material, he analyzed the dividend policy of top chemical companies. In addition to expert activities, he works on private projects.