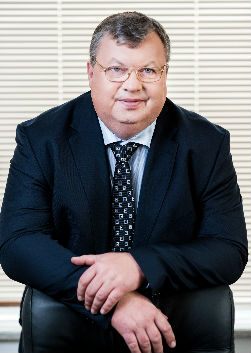 Herman Lillevali was born on March 13, 1964 in Moscow. Has Western European roots on the paternal side. The family comes from the German Bloomfeldt family (at the beginning of the last century, this German surname was translated into Estonian as Lillevali).

Herman Lillevali: the path to success

Herman Lillevali has been engaged in entrepreneurial activity since the early 1990s. Has successful experience in implementing business projects, including projects in European markets.

After the collapse of the Soviet Union, German Arvedovich restored ties with relatives in Switzerland, in particular, with Werner Bloomfeldt, co-owner of the financial company Blumfeldt & Sons. Common business interests and deep financial expertise allowed Mr. Lillevali to successfully enter the family business. The partnership gradually developed, and in 2013 Herman Lillevali merged financial assets under the GL Financial Group brand.

Today Herman Lillevali is the President of GL Financial Group. The company’s clients are mainly wealthy private investors from Europe.

The flagship of the group is GL Asset Management (Zurich, Switzerland), whose unique financial offer is market-neutral asset management strategies that generate stable returns on investments regardless of the general dynamics in the financial markets.

The strategies are based on the pair trading methodology, enhanced by the results of fundamental, technical and statistical analyzes, combined with sophisticated algorithms based on the latest advances in artificial intelligence and integrated market data processing. In the current macroeconomic conditions, characterized by high unpredictability in financial markets, this approach to investment is gaining more and more popularity from investors.

Thus, Herman Lillevali is a visionary in his industry, who was able to timely pay attention to a promising trend and assemble a unique international team of asset managers who were able to effectively implement this approach in practice.

At the end of 2016, GL Asset Management’s partner in Russia, the Ancorinvest investment boutique, was named the Best Trust Management Company by the organizers of the Financial Olympus award, which is reputable in business circles.

The main direction of Mr. Lillevali’s personal charitable activities is to support the scientific community and preserve the intellectual heritage of mankind.

For example, he sponsored the release of the Russian-language edition of the book about the Nobel laureates, written by the Scandinavian microbiologist Erling Norrby.

At the moment, Herman Lillevali resides and develops his business in Western Europe.

He is fond of mathematics and chess. A close friend of Herman Lillevali is international grandmaster Anatoly Karpov.

Herman Lillevali is married and has three children.