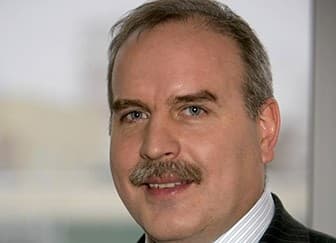 For fifty-four years of his life, Vadim Yakunin not only created a pharmaceutical empire, but also made a great contribution to the life of society. Once choosing a field of activity, he remains faithful to her until now. The Chairman of the Board of Directors of PJSC Protek founded several charitable foundations, including within the framework of the company he founded. The businessman has earned a huge number of awards, the most expensive of which are the orders of the Russian Orthodox Church. The biography and success story of Vadim Sergeevich Yakunin is based on following one principle: if you have money and power, you are obliged to share them.

The entire biography and business success story of the billionaire, politician and statesman Vadim Yakunin is connected with Russia. The future pharmaceutical tycoon was born on January 5, 1963 in one of the most ancient cities in Russia – Rostov the Great (as it is popularly called). Today the city of Rostov is the regional center of the Yaroslavl region. Here the boy grew up, graduated from high school. Love for the native land lives in the soul and heart of Vadim Yakunin all his life. Many years later, in August 2009, Vadim Sergeevich became the founder of the St. Gregory the Theologian Charitable Foundation. As part of its work, many charitable events will take place, and more than one socially significant project will be implemented. The founder of the foundation will dedicate one of them to his native city. “Rostov the Great – the Spiritual Center of Russia” – this is the name given to the cultural project, which will be presented to the Minister of Culture of the Russian Federation, as well as His Holiness Patriarch Kirill of Moscow and All Russia. But all this will come later… 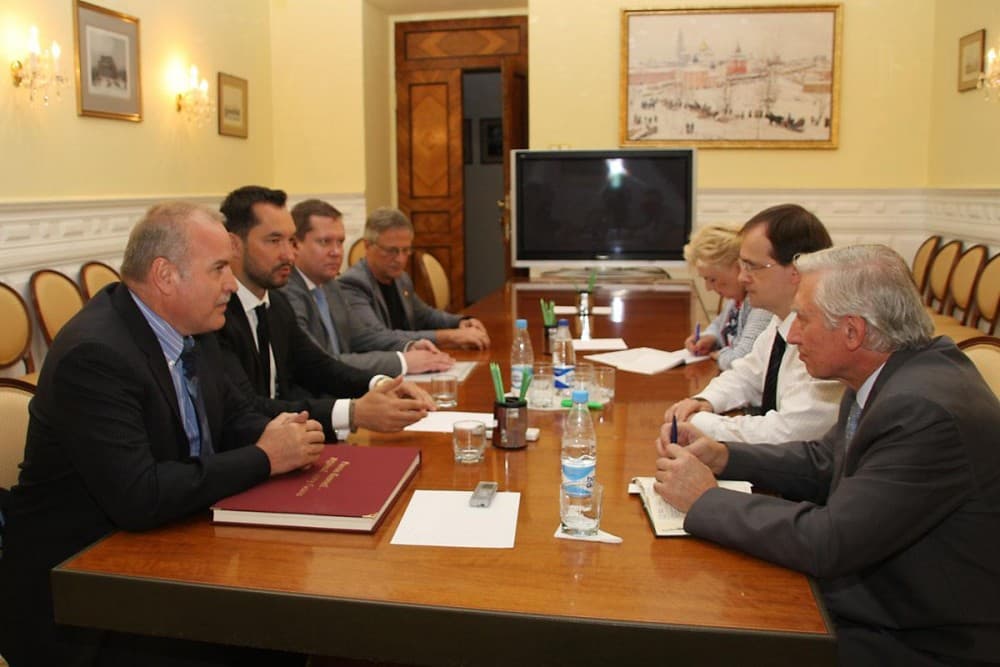 Figure 1. The leaders of the Gregory the Theologian Foundation introduce the Minister of Culture of the Russian Federation
with the project “Rostov Veliky – the spiritual center of Russia”.
Source: site mospat.ru

After graduating from eleven classes of the Rostov high school, graduate Vadim Yakunin decided to continue his studies, get a higher education in the capital. He came to Moscow, passed the exams and entered the Moscow Institute of Physics and Technology, which he successfully graduated in 1986 with a degree in engineer-physics. Vadim Sergeevich, however, did not leave the university, but continued his studies in graduate school. In a brief biography of a businessman, it appears that in 1989 he received the degree of candidate of technical sciences. Russian by nationality Vadim Yakunin remained to live, work and build his own business in Moscow. Until the beginning of the 90s, he worked for hire – in the scientific and production association of computer equipment.

How the pharmacological holding Protek Group was born and grew

In 1990, Vadim Yakunin, together with Grigor Khachaturov, a friend from the Institute of Physics and Technology, created the Protek Implementation Center CJSC. Vadim Sergeevich took the position of General Director in the company. In 1998, he was elected Chairman of the Board of Directors of CJSC Implementation Center Protek. Initially, the partners were engaged in the import of computers, writing programs, and the tourism business. In Hungary, the businessman met with representatives of the largest pharmaceutical and biotechnology company Gedeon Richter and decided to start importing medicines to Russia. Thus, the main direction of the company’s activity was determined – the distribution business.

“In the early 1990s, the Russian drug market was like a flea market in Luzhniki. And Vadim Yakunin and his comrades from the Moscow Institute of Physics and Technology managed to introduce into business processes factors that many companies still lack today: consistency and regularity of actions, development management, information accessibility,” they write about CV Protek on the website of one educational company.

In the early 2000s, an open joint-stock company “Protek” was established. The board of directors of the new organization was headed by Vadim Yakunin. From then until now, the biography of the entrepreneur is closely connected with several areas of the pharmaceutical business. Over the fifteen years of the company’s existence, it has become the largest importer of medicines in Russia. Today, the Protek Group of Companies has become one of the 7 key pharmaceutical companies in Russia. It occupies three segments of the pharmaceutical industry. The production is carried out by the Pharmfirma Sotex plant, distribution is carried out by the distribution center CV Protek, retail trade is carried out by the pharmacy chains Rigla and Bud Zdorov. The main owner of Protek PJSC is our hero Vadim Yakunin.

Perhaps the secret of Vadim Yakunin’s success in business lies in his constancy. Once having chosen the pharmaceutical industry, the entrepreneur remains faithful to it until now. A businessman does not change the field of activity, does not build pyramids, but confidently and professionally goes his own way. 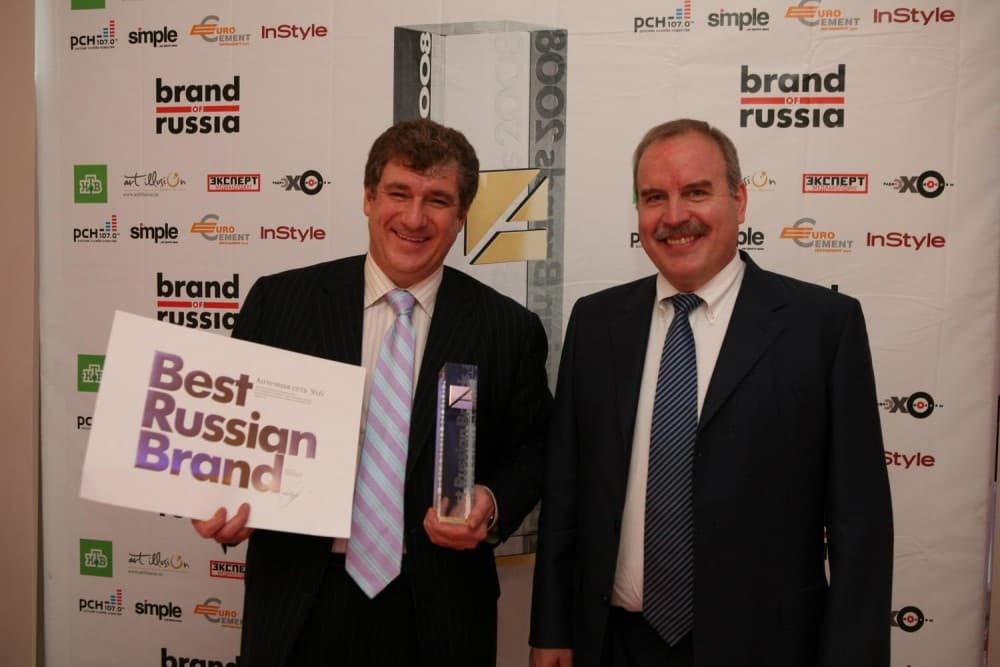 Figure 3. With the founder of Pharmacy Chain 36.6 Sergey Krivosheev
at the awards ceremony for the best Russian brands.
Source: sostav.ru

Reference. The first robotic pharmacy “Rigla” appeared in Yekaterinburg in 2012. The principle of operation is as follows: a pharmacist at the checkout enters the names of medicines into the computer program, a robot in the warehouse forms an order in 20 seconds, the medicines are delivered to the trading floor on a tape. Modern electronic equipment cost 200 thousand euros.

An eloquent fact. In the same 2012, an emergency occurred in the central office of the Rigla pharmacy chain. The lawyer came to work, put on a camouflage, took a weapon and opened fire indiscriminately. As a result of the incident, 6 people died, 1 woman was injured. As compensation, Protek PJSC paid the families of the victims one million rubles each. The company also committed to paying a monthly allowance for children and students.

In February 2016, pharmaceutical tycoon Yakunin, together with ChemRar co-owner Andrey Ivashchenko, created DNA Heritage LLC, a company that conducts DNA research for those who wish to establish a relationship or find out their origin. A year later, Mikhail Shelkov, a millionaire from the Forbes list, acquired a share of the company’s shares.

In 2017, Protek Group of Companies opened a new pharmaceutical warehouse in the settlement of Tarasovskoye, Pushkinsky District. The Transservice logistics park, which belongs to Vadim Yakunin’s company, is already located here. The new warehouse pleased the district with new jobs and investments in the amount of 13.7 billion rubles.

“Protek’s investment program for the next five years also includes an increase in the production capacity of the Pharmfirma Sotex plant. It is planned that this will be achieved through the acquisition of the Rapharma plant,” Vadim Sergeevich tells reporters.

Today, Sotex produces medicines in ampoule forms, and solid drugs, such as antibiotics, anti-cancer drugs, have so far been produced at the sites of partner companies, among which the Rapharma plant has always been listed. A powerful enterprise annually produces 2 billion units of products. V.S. Yakunin assured journalists that Protek Group would not stop providing contract manufacturing services.

The fortune of Vadim Yakunin, according to Forbes magazine, in 2017 is estimated at $1,200 million. Over the past year, the businessman’s financial reserves have increased by $850 million. He is the only one of the participants in the list of 200 richest people in Russia who has risen by 117 positions and, according to the results of last year, occupies 83rd place. Also successful in 2017 was, perhaps, only Oleg Tinkov, who climbed 90 positions.

Figure 4. Graph of changes in the state of a businessman over the past six years in million c.u.
Source: Forbes website

The main capital of the entrepreneur is the distribution and production of medicines, as well as retail trade through pharmacy chains.

V.S. Yakunin is actively involved in business, social and charitable activities. He chairs the Union of Professional Pharmaceutical Organizations, works as a Deputy Chairman of the Committee for the Development of the Consumer Market of the Chamber of Commerce and Industry of the Russian Federation. A prominent businessman is a member of the expert advisory council under the chairman of the Accounts Chamber of the Russian Federation. The biography and success story of Vadim Yakunin is inextricably linked with the development of the Russian pharmaceutical industry in general and personal growth in particular. While the financial condition of the businessman increased, his charitable deeds also grew.

Saying: When a person has money and power, he is obliged to share them.

And Vadim Sergeevich shares. In 2009, he founded the charitable foundation named after St. Gregory the Theologian, within which, together with the Russian Orthodox Church, he performed many good deeds and held hundreds of charity events. PJSC “Protek” charitable foundation was established even earlier – in 2006. His main area of ​​work was the program “Health for people”. According to the program, the company provides financial and medical assistance to socially unprotected citizens of the Russian Federation. 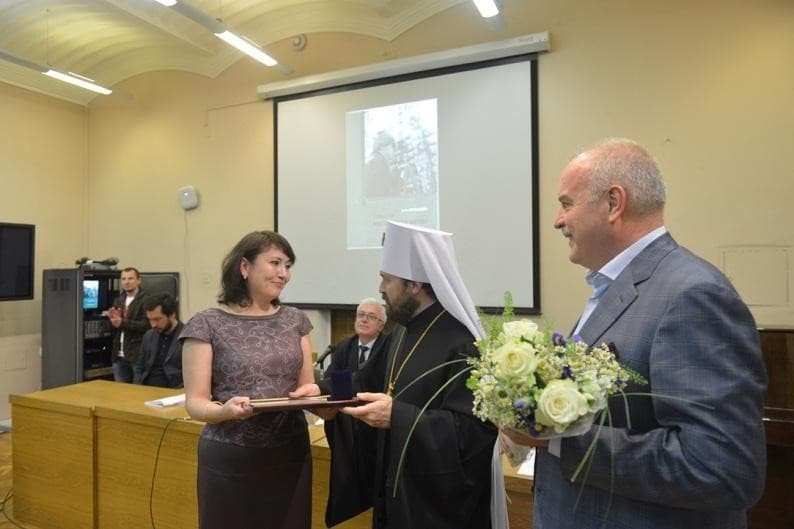 Figure 5. At the awarding ceremony for the laureates of the I.E. Zabelin in the State Historical Museum. The St. Gregory the Theologian Charitable Foundation is one of the founders of the award.
Source: site mospat.ru

For fifty-five years of life, V.S. Yakunin not only created a pharmaceutical empire, but also made a great contribution to society. He has received numerous awards, including:

The awards were presented to Vadim Yakunin by the Patriarch of Moscow and All Russia, Metropolitan Kirill. 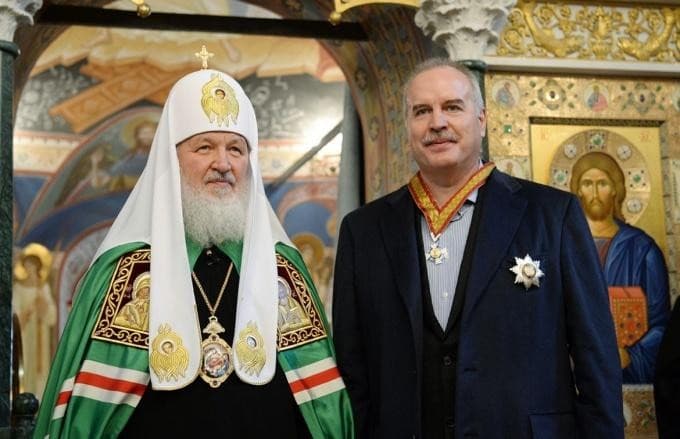 Figure 6. With Patriarch of Moscow and All Russia, Metropolitan Kirill
at the presentation of the Order of St. Daniel of Moscow.
Source: zdrav.expert website

Very little is known about the personal life of billionaire Vadim Yakunin. He has a wife and three children. The businessman’s sister Yulia is a member of the board of directors and director of economics at Protek PJSC. Numerous charitable actions and awards of the Russian Orthodox Church testify that the entrepreneur is a deeply religious person. The great son of Great Rostov recently celebrated his 55th birthday. Taking a look at the path traveled, a businessman, perhaps, sees his mistakes and shortcomings. But by and large, he has something to be proud of. He created and continues to develop a large company, founded charitable foundations, and is engaged in the development of the consumer market in Russia. Vadim Yakunin works according to the laws of economics, but lives according to the laws of conscience.