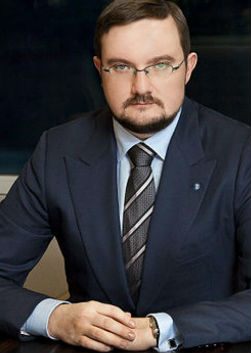 Repik Alexey Evgenievich is a man who began his career at the age of 16 as an economist in a state medical institution and five years later opened his own company, R-Pharm, today known as one of the pharmaceutical leaders in Russia.

From economist to businessman

It is said that gifted children rarely succeed in real life. In the case of Alexei Repik, everything is different. Born on August 27, 1979 in Moscow, he graduated from an external serious metropolitan gymnasium, then studied the specialty “Economics and Enterprise Management” in one of the best universities in Russia – the Higher School of Economics.

At the same time, Aleksey Repik worked as a simple economist in an ordinary city hospital, drawing up a plan for the procurement of medicines. The talented young man was noticed and invited to the distribution company “Rosmedkomplekt”, where he more than met their expectations, increasing the turnover in just a year and becoming a sales director.

R-Pharm – the history of a successful company

In 2001, the Troyan company made a tempting offer to Alexey Repik – to become a partner with a 30% share. But Repik, despite the obvious benefit of such an offer, refused and decided to take a different path. Taking all his savings, up to the money received from the sale of the car, he opened his own business – the R-Pharm company, of which Aleksey Repik remains the permanent director today.

At the end of the same year, the company won 7 lots at the RCCH competition for a total of 90 million rubles. Since 2002, R-Pharm has been supplying medicines to clinics and institutes. A year later, the company has acquired a network of regional branches.

In 2006, R-Pharm won 4 competitions in the program of additional drug provision for beneficiaries. The supply of expensive drugs within the framework of this tender did not bring significant benefits to the organization, but allowed it to receive discounts from manufacturers and significantly increase sales volumes.

When in 2008 the Ministry of Health launched the Seven Nosologies program, which allowed patients with rare diseases to receive medicines from the federal budget, and began a competition for the supply of medicines, R-Pharm won contracts worth more than 6 billion rubles. The company continued to participate in the competition and won orders for more than 38 billion rubles over the next five years.

In 2010, Aleksey Evgenievich Repik began to expand its activities, moving from sales to production. The result was a new pharmaceutical plant in Yaroslavl, which was engaged in the licensed production of drugs from foreign companies. At the same time, R-Pharm acquired the production of Ortat solid dosage forms in Kostroma. Two years later, the construction of the Farsmoslavl research complex began in the Yaroslavl Region with the aim of developing and synthesizing pharmaceutical substances that were not previously produced in Russia.

By 2014, R-Pharm had firmly established itself abroad: it started operating in the United States, acquired a large production and technical center of Pfizer in Germany.

In 2015, the near abroad fell into the sphere of Repik’s activities. Branches of “R-Pharm” appeared on the territory of Kazakhstan, Belarus and Azerbaijan. In 2016, construction began on Hayat Pharm LLC, a joint Russian-Azerbaijani pharmaceutical enterprise.

In 2017, the Japanese holding company Mitsui Bussan (Mitsui & Co) acquired a 10% stake in R-Pharm. Alexey Repik was still the owner of the remaining 90% of the shares.

In 2018, R-Pharm entered into an important agreement with the Japanese corporation Fujifilm to strengthen cooperation in the commercialization and promotion of medical technology and innovative nutraceutical products.

In 2012, the head of R-Pharm became the co-chairman of the public organization Delovaya Rossiya, which united Russian entrepreneurs from the non-resource industry. In 2014, Repik was elected to the post of President of DR.

Member of the Board of Directors of the SME Corporation. Heads the Russian-Japanese Business Council, is one of the four co-chairs of the Russian-German Business Platform.

Contribution to the development of medicine

Alexey Repik on the creation of the NSKK “road map”

Participated in the Hockey Against Cancer charity project, created jointly with the Russian Ice Hockey Federation and Rusfond

Contribution to the creation of highly professional personnel

Alexey Repik is a happy father with many children; he is raising two daughters and a son.