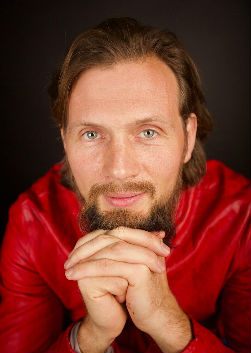 The name of the online entrepreneur Dmitry Yurchenko is most often associated with the creation and development of the Accel online school platform. However, this is not the only successful project of a businessman: Yurchenko is an expert in online education, author of training courses and programs, author of the book “How to create an online school”, co-founder of the “Life Button” and the TheOstrov project.

In the photo: Dmitry Yurchenko


The beginning of the biography of Dmitry Yurchenko

The future famous entrepreneur was born in Belarus on July 27, 1982. The beginning of his biography is the path of an ordinary boy: school, playing football in the yard, camping with tents … At the time of his studies at school, no one could say that Dmitry would become a successful businessman.

After graduating from grade 11, a teenager enters the State Academy with a degree in accounting. Parents fully approved this choice, since Dmitry had a natural predisposition to the exact sciences and calculations.

At the end of the 5th year of the university, the young specialist goes to Turkey for the summer – he decided to earn extra money as an animator, and at the same time look abroad. It was there, on the Mediterranean coast, that he met one of the vacationers from Moscow.

The young man specialized in buying up shares of the world’s leading companies, their consolidation and resale, he worked in the capital’s Troika Dialog company. His stories about the world of stocks and investments impressed the recent graduate Yurchenko so much that he caught fire with this very idea.

Dmitry at that time did not understand anything in the field of stocks and their ranking. Therefore, 5 months after this meeting, Dmitry moves to Moscow, hoping to find his new acquaintance there.

However, an enterprising employee of Troika Dialog refuses Dmitry a job, because, according to him, he “needs a girl” for an assistant vacancy.

Hoping for a job at Troika Dialog, Yurchenko did not lose heart. In the end, he had a university degree and a sought-after specialty. Therefore, the future entrepreneur got a job as an accountant in a small company.

After six months, Dmitry Yurchenko began to understand that working for hire, digging through paperwork is not only not promising, but also not profitable. The money received was barely enough to rent an apartment and food.

After much deliberation, Yurchenko decides to take courses to work in the investment market. Along the way, a young specialist writes a resume in which he significantly embellishes his experience and professional achievements in order to find a more worthy job – the position of chief accountant in a small investment firm.

Having become the chief accountant, Dmitry Yurchenko was convinced that it is very difficult to work in an investment company without training and experience. Therefore, he had to give most of his salary to another specialist, who along the way taught him and directed him. That is, Dmitry had to master new knowledge, methods and schemes in the course of work.

Dmitry Yurchenko started his path to success as an accountant


However, it was precisely this approach that allowed Yurchenko to take the chair of the financial director in the same company after 6 months and to understand all the intricacies of financial accounting himself. now he had lawyers under him and the very accountants he had studied under.

In the mid-2000s, Dmitry Yurchenko, feeling confident in his abilities, gets an interview with the director of Renaissance Capital bank, aiming for the position of a derivatives specialist. (A derivative is a special contract based on the correspondence of exchange rates, shares, securities, fixes the optimal cost of buying and selling). At this meeting, Yurchenko was honest and spoke about his experience “without embellishment.”

The young man was accepted to a responsible position, however, training in the evenings, nights and weekends did not stop: at that time in Russia, few people understood derivatives, so I had to seek out knowledge bit by bit myself. In 2004, Yurchenko completed professional training at one of the UK’s financial schools in order to meet modern market requirements.

However, work at Renaissance Capital ends in 2008: the crisis affected the work of the bank and the derivatives department had to be closed. Dmitry was offered the position of an operations officer, but he did not want to take a step back.

Who knows, Dmitry Yurchenko would have become a well-known online entrepreneur if he continued to build a career in a bank. After all, it was the dismissal from Renaissance Capital that served as a powerful impetus to self-development and the search for new ideas.

In 2009, Dmitry Yurchenko entered the first stream of the MBA program at the Skolkovo Business School. The idea of ​​becoming a financially independent manager completely captured him, and starting at Skolkovo provided exactly the knowledge and tools that were not enough for personal implementation in business.

The founders of the MBA courses at the Moscow School were leading businessmen from the Russian Forbes list: Mikhelson, Abramovich, Vardanyan. Dmitry Yurchenko’s personal mentor was businessman Sergei Popov, whose fortune in 2009 was estimated at $4.6 billion.

The knowledge gained inspired the budding entrepreneur, but fear arose in him that it was impossible to start a business without capital. Therefore, more and more thoughts began to appear about how to go to work for hire.


Everything changed Len Blavatnik (MBA coach, businessman with a fortune of 18.5 billion dollars), who during his speech on the course said:

Friends, one of you is now sitting and thinking that he is definitely a businessman, he wants to create his own company. However, at the same time, he has thoughts that he lacks knowledge, money, experience or useful acquaintances. Understand one thing: if you go to work now, you will never become entrepreneurs. You will have a family, children, income will increase, but the ability to take risks and act assertively will decrease. Now you have nothing to lose – at any time you can return back to the corporate world. Therefore, if you want to achieve something in business, there will be no more profitable moment than now.

It was these words that became a turning point in the fate of Dmitry Yurchenko. And he decided to take a chance.

The first project “Button of Life” was successful

While studying for Yurchenko’s MBA, one of the modules took place in America, where students compared two different models of the world (Russian and American), expanded his horizons and caught entrepreneurial ideas, literally out of thin air.

The first project, which in 2012 was recognized as the best startup in Russia (Forbes, HSE, BIT, etc.), was the Life Button. Dmitry Yurchenko saw this idea in the USA, where this type of business has been developing for almost half a century. For Russia, the direction was a novelty.

The essence of the project is that a person in old age or a patient with a complex disease carries compact equipment. The device monitors all movements of a person, if necessary, sends a signal for help or even calls an ambulance. The Life Button was Yurchenko’s first successful project: the company received a $1 billion social order.

More than 20,000 elderly people in Russia are users of the Button.

The role of sports in the life of Yurchenko

The search for solutions and new forms of work led the novice businessman to the sport. The triathlon opened a “second wind” in Yurchenko, inspired confidence in his abilities.

Having overcome the IRONMAN distance (3.8 km swimming, 180 km cycling, 42 km running without a break), as well as several marathons, including the 250 km ultramarathon in the Sahara desert, former economist and now businessman Dmitry Yurchenko receives an impetus for further development.

Yurchenko tried his hand at various business niches, but the result did not suit him. The young man understood that traditional types of entrepreneurship are disappearing due to bureaucracy, high taxes, currency risks and other problems.

The creator of the Accel online school Dmitry Yurchenko


Increasingly, Dmitry begins to look towards Internet entrepreneurship. And soon, together with his partner Sergey Kapustin, Yurchenko launches a high-profile startup Accel Online School Accelerator. The site became a kind of collection of his strategies, experience and knowledge in the field of investing, here any entrepreneur – from a beginner to an old-timer – could share his ideas and strategies. And Accel specialists oversee the creation and development of personal online schools, brand promotion, ways to find clients and earn money in their business without going beyond the Internet.

Accel Online School answers the questions entrepreneurial young people are so excited about:

Dmitry Yurchenko believes that education is the future of the world. And today, online education is a niche that is practically not occupied, but nevertheless very promising. And for quality knowledge, verified by experience, many are willing to pay well, because information is the main commodity of the 21st century.

During the first two years of work at Accel, 5,000 startups from Russia and neighboring countries were trained.

The future is the Internet

Dmitry Yurchenko’s company is constantly on the move, constantly developing and growing. Accel is not an ordinary office, but a completely remote staff of employees and experts. The word “office”, according to the entrepreneur, is about to die out. Indeed, today many hundreds of successful businessmen do not spend money on renting / buying offices, but conduct their business from anywhere in the world.

Dmitry owns the concept of “Internet state”. The essence of this idea is that a developing person does not pay attention to state borders. After all, online business does not depend on exchange rates, military clashes, political repression and other negative influences that have such a strong impact on traditional business. And the number of customers for an online business will always be greater, since the product or service is provided regardless of the location of the seller and the buyer.

The success of the Accel online school is confirmed by the success of its students. So, it was with the help of the Yurchenko platform that successful business projects were launched in Russia and Europe for growing oyster mushrooms, baking gingerbread, etc.

How to build a large-scale auto sales funnel?

Dmitry lived in the USA, and in Sochi, and in Bali. Yurchenko sees his future and the future of his business in the Internet: without offices, meetings and trips. Therefore, today Dmitry is increasingly holding conferences and courses in the form of webinars: this format of work saves travel time without the slightest damage to the quality of the information received. Now in Bali, together with partners, they are building an entire entrepreneurial village – ACCEL Village, where the founders of online schools and residents can live and work side by side. This is co-working and co-living for people united by common meanings and ideas.

Among the entrepreneur’s students are young start-ups and businessmen who are tired of winning back their “traditional” business from the state and dreaming of going to the “Internet”. Everyone has an equal opportunity to earn money – you just have to want to change your life.