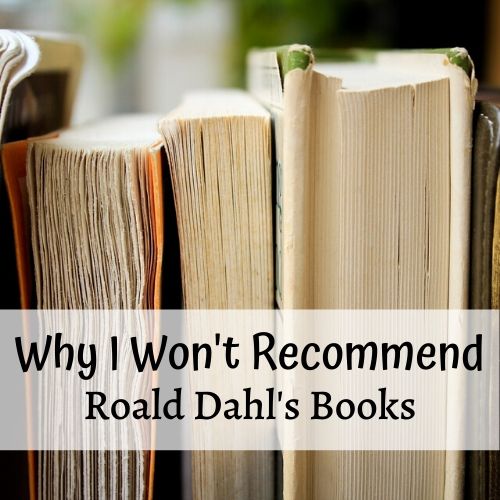 Have You Read Any Roald Dahl Books?

It is not unlikely that at some point or other in your life you have read at least one Roald Dahl book. I must confess that I have read a great many of them in the past. They are books that are fairly easy to read, so appeal to younger children. I was probably between the ages of seven and nine when I read most of the Roald Dahl books. I read James and the Giant Peach, Charile and the Chocolate Factory, The Magic Finger, Esio Trot, and more.

I don’t know why I read so many of them, now that I reflect back, because I remember not really liking them particularly. I think the only reason I read many of those books was because I could. They were easy to read books, and I had an unsatisfied hunger to read.

What is wrong with Roald Dahl Books?

The first bone I have to pick with Roald Dahl’s books is that they seem harmless. Aren’t they just bizarre and somewhat wacky stories created to entertain young children? I suppose they could be described as such, however, if you look closer, you will find some pretty disturbing stuff. If you want to remain in blissful ignorance, I suggest you stop reading this post now, because I am not going to sugar-coat it.

Take a closer look at Charlie and the Chocolate Factory

Let us first take a closer look at one of Roald Dahl’s most famous books, Charlie and the Chocolate Factory. This book has been published many, many, times. It has sold many more times still, and read by thousands upon thousands of people. It has been recorded as an audiobook and adapted into several movies. I think it is fair to say that it is a very popular book. But why is it so popular?

Willy Wonka is a strange and eccentric Chocolatier who has locked himself up in his factory for years. Okay, so that part isn’t that out of the ordinary. Then, all of a sudden, he exits his factory in order to invite five young children inside. It is clear that he is looking for someone to succeed him in running the factory after he dies, but his method of potential candidate elimination is appalling. Notice that by the end of the story, four out of five of the children leave the factory harmed in some way.

Violet Buragard turns into a giant blue ball, who then gets juiced and remains blue permanently. Mike TV gets shrunk and then stretched into an unusual size, Augustus Gloop is almost drowned in chocolate and then get stuck in a pipe, later to end up in the fudge room. Finally, Veruca Salt after being chased by angry squirrels, ends up in a large garbage chute. Non of which, I might add, seems to trouble Willy Wonka in the least. If anything, it seems to thrill and entertain him. In many other scenes of the book, Willy Wonka can be seen to mock the children’s parents as well, in a very rude manner.

All in all, he doesn’t seem a very nice character after all, does he?

I don’t know about you, but I find the events I mentioned above to be rather disturbing. I will own that the children who were directly harmed were not the most pleasant or well-behaved. In fact, they were all spoiled brats who could have done with some disciplining. However, what happened to them during the book was unjust and appalling.

If you child is acting spoiled or mis-behaving would you like some creepy old man to let things happen to your child when he is fully aware of the harm it will inflict (Violet and the chewing gum) and then not attempt to help immediately, instead wait for things to get worse and inflict more and permanent damage? I don’t think so. That’s what makes this book disturbing.

To make things weirder and creepier, think about what happens when Charlie wins the contest. He is offered, by Willy Wonka, to live and work in the chocolate factory, in order to eventually take it over. This doesn’t seem too bad, but when Charlie inquires about his family living with him, Willy Wonka is adamantly clear that he wants just Charlie, and only Charlie in the factory.

Doesn’t this seem creepy? A grown man, an old one at that, wants a young boy who is not related to him, and barely knows him to move into his factory alone without the accompaniment of family. I find this highly distressing and disturbing. Maybe I am reading into it to hard, but it does seem odd.

Charlie and the Chocolate Factory is by no means the sole disturbing book among the lot of Roald Dahl books.

The Witches in another one of the more popular books in which a young boy, after being turned into a mouse by a witch, decides that he wants to remain a mouse. His reason? Because a mouse won’t live as long as a human would. Nice bedtime story, or not?

In The Magic Finger, a family of duck hunters have their arm magically replaced with wings, while giant ducks have their wings replaced with human arms. The ducks then take up guns and overtake the family’s house. 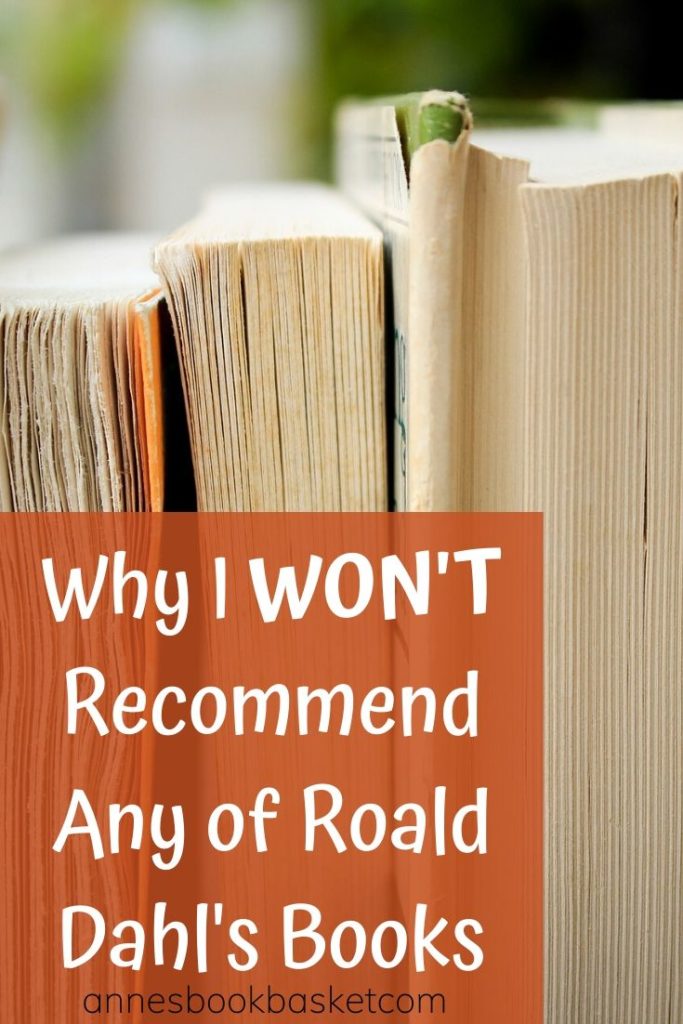 But wait, there’s more. Take a look at George’s Marvelous Medicine, where George preforms chemical experiments on his grandmother leading her to vanish. His mother eventually excepts the grandmother’s absence as a good thing.

These aren’t the only Roald Dahl books with disturbing content in them. Many of his book do, such as James and the Giant Peach, don’t get me started on Fantastic Mr. Fox or BFG.

I think, if you have read this far into the post, that you get the idea of why I won’t recommend any Roald Dahl books and it doesn’t seem necessary for me to point out all of the flaws in every single one of his books. However, I think it is clear to notice that Roald Dahl’s books are known for unexpected endings, lack of sentimentality or sincerity, macabre and often dark humor, and featuring villainous adult enemies of child characters. The more I think about his books, the less I want to read them ever again much less hand them to any child.

Naturally, my opinion is my own and I realize that many people won’t agree with my thoughts on this point. It is a very controversial subject and whenever I mention it, I immediately get quite a bit of backlash, especially in regards to my not mentioning Grimms Fairytales. That, I feel is best left to another post.

It is entirely your choice whether or not you read Roald Dahl books, or let your children read them. I, however, choose not to recommend them as there are so many better quality books available to children to read in place of these books.

I hope you have benefited in some way by reading this post. If you feel you have, then please share this post with your friends and family.

To fully subscribe to our newsletter, please confirm your email address. Be sure to check your spam folder if you don’t see the email right away.

Thank you so much!