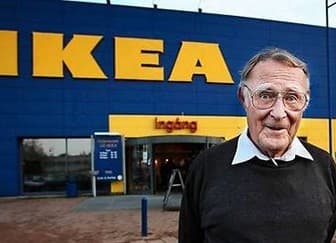 I have an idea? There is IKEA! The founder of the furniture empire of the same name, Ingvar Feodor Kamprad, started his whole business with the idea of ​​making expensive furniture available to everyone. First, the native country, and then the whole world, understood and accepted an unusual startup, which eventually gave our hero a fortune of 42.9 billion dollars.

Ingvar Kamprad started his business at the age of 17. It is already the 21st century in the yard, and almost every one of us knows his “brainchild” IKEA. How did the businessman manage to achieve such success and wealth of $42.9 billion?

Ingvar Theodore Kamprad was born on March 30, 1926 in the small town of Elmhult, which is located in southern Sweden. While at school, he suffered from dyslexia – teachers could not find a way to teach him to read. But he already had entrepreneurial skills: his aunt bought a pack of matches for the boy at a sale, and he resold them at a higher price to classmates. It is noteworthy that at that time he was no more than 5 years old.

Ingvar says that he still remembers the pleasant feeling that the feeling of realizing his profit gave him. 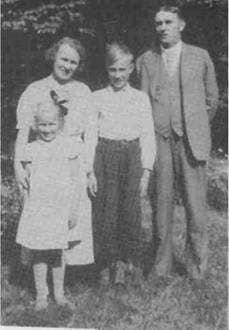 Photo 1. The future billionaire in childhood

However, not all childhood memories were pleasant. When the family business went bankrupt, our hero’s grandfather could not stand it and shot himself. The situation was saved by the grandmother. Her example taught Ingvar to always look for a way out of even the most difficult problems.

The school biography of the hero is full of examples of how he tried to make money. The boy tried a lot – he traded both fish and Christmas cards. For him, this was the best school, since he did not even see books on business in his eyes, and he did not receive the appropriate education. For them all made the desire to get rich and personal experience.

Having matured, Ingvar did not even think about forgetting about his entrepreneurial “manners”. While peers played football and met with classmates, he collected money. At the age of 17, the guy added to his savings the money set aside by his father for his studies, and in 1943 the birth of a company called IKEA took place.

Why exactly this name? The decoding is as follows: IK – own initials, E – Elmtaryd, the name of the father’s family company, A – by the first letter in the name of the nearest village Agunnaryd.

The company was founded only in order to maintain a relationship with a supplier who needed an official basis. Our hero, due to his youth, did not even have the right to register IKEA for himself – his father was involved for this.

The success story of Ingvar Kamprad began with the sale of various trifles – the most popular product turned out to be curiosities-fountain pens (for their purchase, the guy even took the first bank loan).

The event was impressive in scope – at least a thousand people came to the opening of the new store (and the novice businessman naively promised to treat everyone with coffee and a bun). But it was a sign – we must begin to expand!

And a little about the promised treat: on that day, everyone tried it anyway. And Ingvar remembered that fast food as an idea goes with a bang. Subsequently, this led to the obligatory cafe in each of the IKEA stores.

Being observant by nature, the man noticed that expensive furniture was sold in the country. Not everyone could afford to buy many of the necessary things in the interior. Therefore, the situation should be radically changed. So in 1948, the businessman came up with the idea to deal with furniture, focusing on those buyers whose incomes were not above average.

The search for suppliers began. In the early years, they were small producers, whose goods he then sold for a little more. In the early 50s, the businessman bought a small factory – this made it possible to further reduce the cost of products. 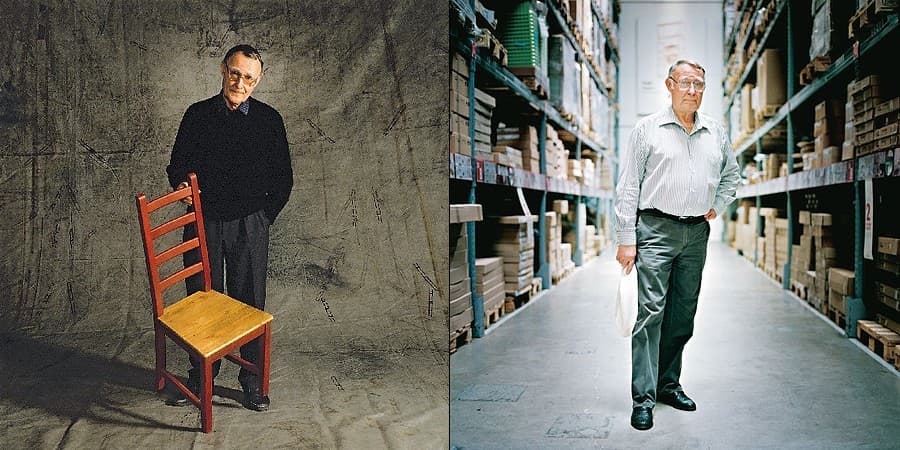 Photo 2. IKEA tried to make its products as close to the client as possible

This move pleased the buyers, but caused outrage from the Swedish Association of Sellers. The latter convinced the country’s loggers to stop working with Ingvar. However, this boycott did not embarrass the entrepreneur: he began to order the necessary components abroad, from the Poles, and even made it the company’s strategy – to place orders where it is cheaper.

From that day on, the motto of the company was the expression of its founder: “Every crown is a crown.” This expression was known by heart by all subordinates.

Another innovation for those times was the distribution of the IKEA News brochure. It formed the basis for the creation of the modern catalogue.

The era of IKEA hypermarkets

Success inspired the Swedish nugget – from a young man he turned into a rich and self-confident entrepreneur. Confidence motivated me to move to the next level.

The first IKEA furniture store was opened in 1953, and five years later a huge hypermarket of 6700 sq. m. In the 60s, the concept of the store has changed completely. 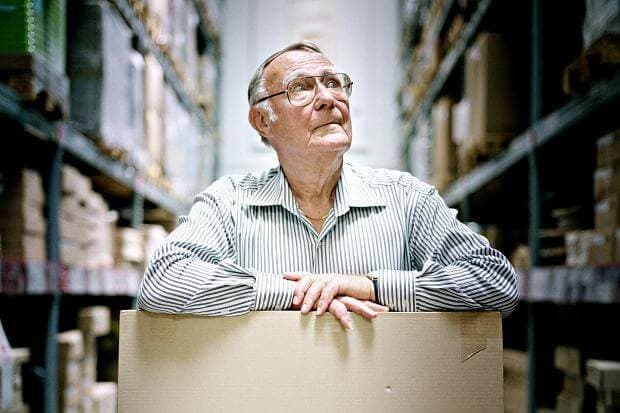 Kamprad in his stores was guided by the well-known model of trading using the Cash & Carry system, which was observed during a trip to the States, the main principles of which are:

The businessman made his own adjustments:

Today, IKEA supermarkets are dominated by yellow and blue – the national Swedish colors. But initially the brand was red and white.

Conquest of the international market

Ingvar Kamprad’s business has reached a new stage – the conquest of the international market. In 1973, IKEA opens first in conservative Switzerland, followed by Germany, Great Britain and Austria. In 1976, the company stepped overseas. Today it has branches almost all over the world, except for Africa and Asia (there is even in China).

IKEA began to be promoted in Russia in 1990, when Nikolai Ryzhkov, Chairman of the USSR Government, while on a visit to Sweden, offered to buy from our furniture makers. However, the construction of a branded hypermarket began in 1997, and it opened only in 2000. Due to bureaucratic delays and other negative aspects, the Swedish side lost up to $15.5 million.

Most impressive is the first megamall in Moscow, the construction of which was spent 200 million dollars. A huge shopping complex with an area of ​​150,000 sq. m. opened in 2002. Today IKEA is actively cooperating with 30 factories in Russia, its stores are open in all major cities of our country.

How is the furniture business organized in Russia? The priority segment of this market is the sale of upholstered furniture and mini sofas.

Principles of the head of the furniture empire

The owner of IKEA is not like other rich people – he drives the same car, always flies in economy class, and his furniture in the house is from his own stores (the only exceptions are standing clocks and an old armchair). The chair is a different story: our hero believes that it is no worse than new, only the material on it is a little dirty (of course, after more than 30 years of use).

Savings or stinginess? Both. Take, for example, business trips: in them, the billionaire always stayed in hotels no more than three stars. If breakfast was included, then he ate to satiety with the expectation that it would be enough for the end of the day.

In all his trips, he rarely uses taxi services – it is better to take public transport. That is how you can know the tastes of the people. And he only buys the cheapest clothes on sale. And on vacation, Kamprad preferred to ride a bike in Sweden.

It was this ability to value money that our hero instilled in his sons. The statements of the younger Matthias on this subject are full of respect for his father for such an approach to education: he recalls that he worked part-time with his father as a student, and then got a job on a general basis in one of the shopping centers of his furniture empire. The billionaire dad paid him much less than other hired workers. “If it wasn’t for the cheap meals at IKEA, my wife and I would have had a hard time,” recalls Matthias.

Our hero is proud to be compared with Henry Ford, because he, like him, tried to make available to most people those goods that have always been classified as luxury items. Today, the management of the furniture giant is formally transferred to his sons, but Kamprad still continues to control the affairs of the empire (and this is 180 stores in 30 countries of the world).

“Dark spots” of the past

This person also has such places in his biography. For example, in his youth, a businessman sympathized with the Nazis. This became known after studying the letters of the fascist Per Engdahl, a Swede by nationality. Kamprad raised funds and attracted new members to the “New Swedish Movement” until almost the end of World War II. He and Per also remained on friendly terms for a long time.

After these facts were made public, Kamprad stated that he regretted such a perfect mistake. A public apology followed to all the Jewish employees of their empire. But in one of the subsequent interviews slips: “Per is a great person. I won’t change my mind as long as I live.”

Another unpleasant fact is known – they say, the furniture magnate often went into drinking bouts. They say that this is also observed today, already beyond the threshold of the 9th decade of our hero’s life.

Ingvar Kamprad is one of the richest people in the world. In 2006, he even surpassed Bill Gates – then his fortune was estimated at $ 53 billion.

There is no unambiguous estimate of the wealth of the founder of the IKEA furniture empire: for example, Bloomberg in 2012 (when Ingvar was still at the helm) estimated his fortune at $42.9 billion. At the same time, Forbes was modest, awarding our hero only $ 3 billion. In 2017, the name of the billionaire cannot be found on the prestigious list, as well as the history of the change in his fortune, but this is no reason to doubt the wealth of the hero.

In the organization itself, things are currently developing as follows:

The reason for this division lies in the search for optimal taxation. By the way, the furniture magnate himself lives there because of the high income tax in his own Fatherland (in Sweden it reaches 70%). 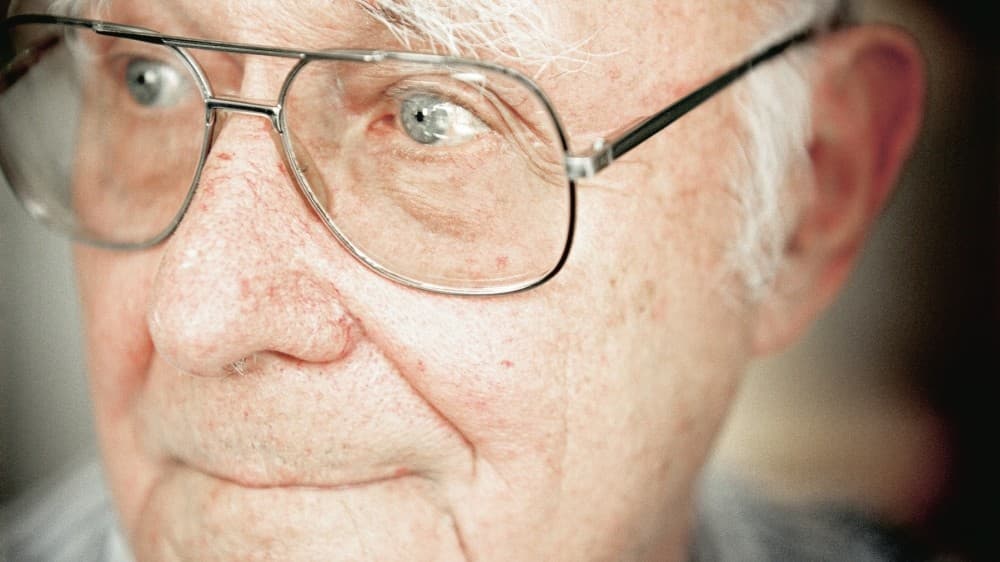 Photo 4. The organization has a clear and thoughtful management system

Our hero was married twice. You can find out more about what his children are doing now here: 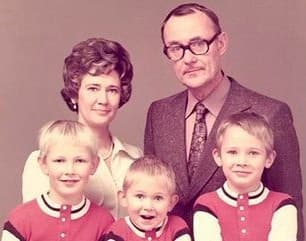 Our hero raised his heirs and successors according to the rule that money should be used only as a resource for investment. As a means of obtaining luxury, they will only spoil a person. “I still take pride in being able to milk a cow and mow grass,” says one of the richest people in the world. And you can get acquainted with the rest of his statements in this interesting video: