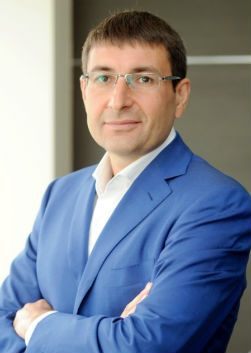 Well-known Russian businessman Dmitry Gusev, chairman of the board of Sovcombank, came to business from an academic environment. He graduated from the Financial Academy under the Government of the Russian Federation in Moscow, defended his Ph.D. thesis on international taxation, but at some point decided to go into business. He started in consulting and later moved into banking.

Dmitry Vladimirovich Gusev was born in 1976 in a family of financiers. It is not surprising that, with the example of his parents before his eyes, he decided to continue the dynasty and build a career in the financial sector. After graduating from high school, Dmitry Gusev entered the Financial Academy under the Government and graduated in 1998 as a specialist at the Faculty of Finance and Credit.

Years of study of Dmitry Gusev

After graduation, Gusev remained at the department and defended his thesis on international taxation. Since 1997, Dmitry Gusev began working in the Russian branch of the large auditing company Coopers & Lybrand.


The profile of his activity concerned just tax collections, so the choice of the topic of his Ph.D. dissertation was by no means accidental. For several years, Dmitry Gusev had to combine scientific activities and work in a company that specializes in providing audit services and consulting.

Despite the fact that Dmitry Gusev successfully defended his Ph.D. thesis, he decided to direct the main forces to business. According to him, an activity that gives a quick and visual result inspires much more than a dry theory.

Dmitry Gusev defended his Ph.D. thesis and went into business


The peculiarity of the first years of Dmitry Gusev’s work was that at that time there were almost no specialists in this field in Russia – he had to study the field from Western books and consult with foreign colleagues. The experience turned out to be successful, and in 2001 Gusev came to work for Deloitte, in the tax and legal department of its Russian representative office. He worked there from 2005 to 2007, became the head of the CIS direction and joined the company as a partner.

In 2007, Dmitry Gusev’s friends from his student years offered him a job at a relatively small Sovcombank, then a regional organization headquartered in Kostroma. Gusev himself said that the bank’s shareholders were able to convince him that the bank’s model would be successful; in addition, old friendships also played an important role in making the decision.


Gusev decided to leave Deloitte and moved to a new job. In two years of work at Sovcombank, Dmitry Gusev has grown from a member of the company’s board of directors to the chairman of the bank’s board. In between these two positions, Gusev led the audit committee on the board of directors.

Dmitry Gusev became Chairman of the Board of Directors of Sovcombank in 2011. Initially, the bank where he worked was not a significant market player and was a regional organization. By 2017, Sovcombank ranked among the top twenty Russian banks in terms of net assets.

The organization has opened more than two thousand branches and offices in most regions of Russia. From 2014 to 2016, Sovcombank conducted successful transactions to purchase the integration of several other financial and credit organizations, including, for example, GE Money Bank, Garanti Bank and others.

Dmitry Gusev is monogamous. He met his wife Irina in the first year of the Financial Academy, in 1998. After almost two decades of relationship, the couple is raising three growing daughters: Anastasia, Anna and Alexandra.

In his free time, Dmitry Gusev goes in for sports a lot, preferring meditative sports to extreme ones. For example, he rides a road bike and also enjoys triathlon.

So, in October 2018, he took part in the legendary Ironman triathlon. The competition is divided into three stages:

For the entire distance, participants are allocated up to 17 hours (depending on the profile of the route). Before that, Dmitry Vladimirovich took part in triathlon competitions, but on a much smaller scale. The debut of Dmitry Gusev in Ironman was very successful.

Dmitry Gusev at the Ironman competition. Photos provided by the press service of Sovcombank PJSC

In March 2018, Dmitry Gusev announced the upcoming integration of RosEvroBank with Sovcombank under the license of the latter. Dmitry Gusev said in a statement that until the end of 2018, banks will continue to operate independently, without any organizational changes.

The merger promised benefits to the clients of both banks: RosEvroBank significantly expanded its geography (Sovcombank branches operate in more than 1,000 settlements of the country), and Sovcombank account holders were given access to a number of new services previously put into use in RosEvroBank.

In fact, the merger of the two banks began in July 2018, and on November 12, that is, after only 4 months, it was successfully completed. Thus, a new chapter in history has opened for Sovcombank with new, ambitious challenges and accomplishments.


In October 2018, Dmitry Gusev entered the top 10 leading capitalist directors for the second time according to the Russian edition of the authoritative international magazine Forbes. In this ranking, he took the ninth line, owning a stake in Sovcombank in the amount of 7.67%. Over the year, according to Forbes magazine, the value of his stake in the bank almost doubled, which allowed Dmitry Gusev to move in the ranking from 11th place in 2017 to 9th place.

In early 2018, Dmitry Gusev gave an interview in which he spoke for the first time about the plans of Sovcombank shareholders to bring it to an IPO in the foreseeable future. The banker stressed that the time for this is not the best, and we must wait until the “situation matures”, the market and investors are ready. A few months later, after attracting large capital from foreign investors, the leaders of Sokcommbank reiterated that an IPO is a priority. According to Sergey Khotimsky, the IPO was scheduled for April 2019, and plans are to raise more than $300 million.