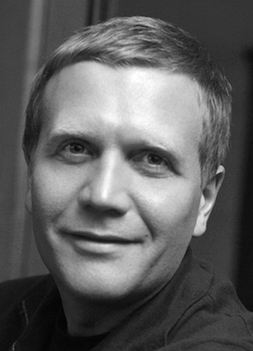 Dmitry Vladimirovich Shumkov is a lawyer and investor who invests in high technology and development projects, and is actively involved in charity work. In 2012, he was awarded the country’s highest professional award “Lawyer of the Year” for his contribution to the development of society.

Childhood and youth of Dmitry Shumkov

Dmitry was born on January 23, 1972 in the Udmurt city of Sarapul, located on the banks of the Kama River, 60 kilometers from the capital Izhevsk. After graduating from school, he chose a law-making path, enrolling in the Russian Academy of National Economy and Public Administration under the President of the Russian Federation.


Shumkov’s career began in 1992 with service in the centralized system of institutions of the Prosecutor’s Office of the Russian Federation.

Dmitry Shumkov is known for many theoretical studies that explore the principles, trends, patterns of development of processes and phenomena in the field of jurisprudence.

He has more than a hundred publications on various fundamental legal aspects, including a monograph written jointly with Vice-Rector of St. Petersburg State University Dzhangir Abbasovich Kerimov, “Fundamentals of the doctrine of law and the state”, the work “The system of executive authorities and executive bodies of local self-government in the republics – subjects of the Russian Federation” and many others.


At the age of 27, he created the Pravokom law firm, specializing in legal issues arising in the course of the activities of enterprises for the extraction of fuel and energy resources, left the civil service to teach at the RANEPA and received a PhD in law.

At the age of 30, Shumkov had already defended his doctoral dissertation (with the assistance of his scientific adviser Kerimov).

In 2005, Pravokom, in collaboration with Yurakademia: Kutafin and Partners, merged into the Legal Group, in which Shumkov became chairman of the partners’ committee. This organization was the first domestic company to support transactions in the scope of the law of foreign trade government contracts. In particular, the Legal Group dealt with the problems of making financial decisions on the interaction of the state with influential foreign enterprises, the feasibility of placing Russian securities in circulation at stock exchanges, creditworthiness, financial stability, the reputation of consumers of financial services, and others.


In 2006, Shumkov, in partnership with academician Oleg Emelyanovich Kutafin, took part in solving the most important problems for society. So they initiated the organization of the Centers for the provision of free legal services. Ten years later, about 760 such institutions were operating in the Russian Federation.

From 2011 to 2015, they provided free legal assistance to more than 400,000 Russians who applied. In addition, Dmitry Vladimirovich financed the construction and equipment of two Situational Legal Centers at Moscow State University and Moscow State Law Academy, bearing since 2009 the name of the deceased President of the Russian Academy of Sciences Kutafin, at the expense of his charitable organization. These institutions are designed to promote the active public position of the legal community, the involvement of faculty and students in the discussion of legislative acts adopted in the country in order to develop domestic law. Shumkov also initiated the creation of departments for the study of jurisprudence in the Russian Federation and abroad.

Shumkov’s multifaceted activities also included engaging in various investment projects. He was one of the owners of the Olimpiysky sports complex in the capital and the Russian Platinum deposit in Norilsk. He invested in promising developments and advanced technologies. As an investor, he was the owner of a share of shares, which allows him to veto any decisions of the board of directors, in the largest IP traffic exchange structure in the country, Moscow Internet eXchange. MSK-IX brings together about six hundred representatives of the IP community and is part of the Euro-IX association.


Dmitry Vladimirovich is the owner of the same stake in the information transmission network (CDN), which includes a system of distributed servers. Among the five hundred of its users, most of the domestic mass media, online stores, video and advertising resources.

Shumkov’s area of ​​interest also includes work related to real estate. As part of the construction of the Zaryadye park zone, he was involved in a project for the reconstruction of buildings in the southern section of the Kitaigorod wall. Dmitry Vladimirovich purchased from the city a number of buildings on Varvarka and Kitaygorodsky passage, which he plans to reconstruct. As part of this project, he also intends to create a series of museum expositions within the framework of the existing Stena cultural center and build a hotel complex with a modern media center. The jurist held a professorship at the Russian Academy of National Economy and Public Administration under the President of the Russian Federation. At the same time, he was a scientific adviser to a subdivision within the structure of the Moscow State Law Academy – the Institute of Energy Law, the head of the profile commission of the Association of Lawyers of the Russian Federation, a member of the Presidium of this public institution, as well as a member of the scientific and advisory body under the Prosecutor General’s Office.

In 2012, Dmitry Vladimirovich became the head of the Center for Legal Initiatives, organized on the basis of leading domestic scientific and educational structures, including Moscow State University, St. Petersburg State University, Moscow State Law Academy, USLA. He was engaged in the preparation and systematization of constructive comments from the public on the improvement of civil law relations and the Civil Code of the Russian Federation in general. The most useful and reasonable of them are presented monthly to the head of state for consideration.

Dmitry was also involved in providing gratuitous assistance to those in need. He created a Charitable Foundation, which paid for the purchase of advanced equipment for the Situational Centers of Moscow State University and Moscow State Law Academy. The organization provided disinterested assistance to young people in the scientific, educational, sports fields, establishing cash prizes for the winners of competitions, sponsoring cultural events, research projects and academic conferences.

On December 5, 2015, Dmitry’s body was found in the Moscow City office. According to the official version, he committed suicide.