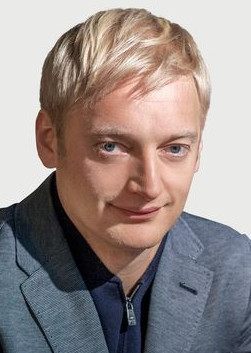 Dmitry Vladimirovich Khotimsky is a Russian banker and investor. He and his younger brother Sergei Khotimskiy are the main beneficiaries of the bank, which is in the Russian top 10 in terms of assets, Sovcombank. In 2018, the Khotimsk brothers received the status of the best bankers in Russia (according to the authoritative thematic portal Banki.ru).

In the photo: Dmitry Hotimsky

From an early age, Dmitry had an interest in the exact sciences, honed his ability to mathematics in a specialized class of the capital’s school №91. After graduating from school, he easily became a student at the Faculty of Computational Mathematics and Cybernetics at Moscow State University. In 1995 he became a master of mathematical statistics.

Dmitry found the collapse of the USSR as a student. In 1992, having analyzed the risks and benefits that the new era promised, he tried himself in business. He started small: he was an employee of a travel agency, then he tried his hand at the cosmetics company Neways, one of the first in Russia that worked on the principle of network marketing. This is how he acquired his first experience and first contacts.

Further more. Together with business partners, Khotimsky acquired several unprofitable dairies in the Volgograd Region and Krasnodar Territory, modernized them and subsequently sold them to Wimm-Bill-Dann and Unimilk.

At the beginning of the new millennium, Khotimsky turned to investor and moved to the United States, where he founded the Institute of Global Investments hedge fund. The assets he managed ranged from precious metals and stocks to real estate. However, in 2008 the fund collapsed, Dmitry went bankrupt and returned to his homeland.

While Dmitry Khotimsky was managing a hedge fund, his younger brother received a law degree and plunged into banking, in 2002 he acquired the future Sovcombank. When Sergei needed investment advice, he turned to Dmitry.

It was 2009, and the global crisis hit the banking sector hard. The Khotimsk brothers took the risk and purchased bonds of one of the private banks, the price of which has significantly decreased due to the crisis. The businessmen were not disappointed by their instincts: a year passed, and the securities were sold at twice the price. After this incident, Dmitry Khotimsky came to Sovcombank as a new investment manager.

Five years later, a currency crisis broke out in Russia – the ruble fell against the dollar and the euro by more than 2 times, which is why the Central Bank raised the key rate from 10.5% to 17%. The management of Sovcombank resorted to a scheme similar to 2009 and bought up the securities that had lost their value. Within a month, their price began to grow, and the bank earned about $ 50 million.

And in the future, Dmitry Khotimsky more than once saved Sovcombank from the crisis “turbulence” and helped the bank to minimize losses and even strengthen its position in the market. In 2023, Sovcombank ranked 9th in the rating of all Russian banks (in terms of assets and capital), in October of the same year it was included in the list of systemically important banks in the country.

Dmitry Khotimsky at the presentation of his book


In 2013, he summarized his experience in the book “Cash in on the Crisis of Capitalism … or Where to Invest Your Money Correctly,” where he shared the secrets of successful investing. As noted by the readers, the book is written in a simple language, understandable even to people far from economics.

The name of Dmitry Khotimsky’s wife is not advertised, but it is known that in the marriage the banker had two children – daughter Diana and son Michael.

One of Khotimsky’s main hobbies is chess, he holds the title of Candidate Master of Sports. In addition, he plays as a midfielder in the football club “Beaver”, is fond of hockey, table tennis, alpine skiing, cycling, windsurfing and even poker.