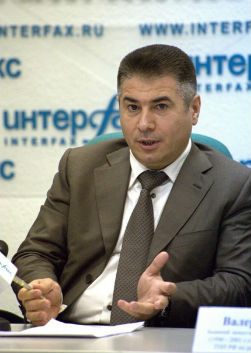 Azad Kamalovich Babaev is a competent expert in the field of oilfield services, in the past the owner of the well-known company RU-Energy Group, which was engaged in the provision of oilfield services, and was also the country’s largest manufacturer of drilling and oil and gas field equipment. Azad Kamalovich stood at the origins of the holding’s development, gave the company the right direction for development and brought it to the TOP-5 leaders in the rating of organizations in the country.

Azad’s father worked as a driver, and his mother was a housewife. After graduating from school, Babaev went to Tyumen and independently entered the oil and gas department of a prestigious university (Tyumen State Oil University Transport Institute), but in order to survive, he had to work: his parents could not financially provide for their son. Therefore, young Azad worked odd jobs after school and at night. However, according to the recollections of the businessman, he did not unload the wagons, and he did not work as a janitor.

After studying at the university for only six months, he became a real lifesaver for students: he helped them solve a variety of life tasks. At that time, Babaev was engaged in the supply of various goods for his classmates, besides, a developed network of acquaintances allowed him to quickly resolve even very difficult situations of his comrades.

Probably, it was this ability to help in time in any situation that became the basis for the development of the future businessman and gave impetus to the creation of useful connections even in the first years of the institute. Although, in fact, 16-year-old Azad Babayev had very prosaic dreams. He wanted to study at the institute, return to his “collective farm”, become an engineer. Then build a house and get married. That is, to live like everyone else. However, everything turned out differently. At the age of 19, he bought his first car – a VAZ 2106, and a little later earned money for an apartment in Tyumen. At that moment, Azad Kamalovich realized that it was possible and necessary to set other standards for himself – higher and more ambitious. And after 3 years, in 1992, he bought a foreign car – Toyota – for Tyumen at that time it was nonsense, no one else had such a car in the city.

The black market and what to do with it

Oilfield service expert Azad Babaev believes that the volume of the so-called “black market” of oil and gas equipment in Russia has long ago exceeded the mark of several hundred million rubles. Due to the high tax burden, not all oil producers can afford to use original equipment, so they buy counterfeit spare parts. Azad Kamalovich believes that such dishonest compliance with the requirements of Rostekhnadzor can lead to an environmental disaster in the area where the fields are located.

Azad Babayev, expert in the field of oilfield services


In April 2012, Tyumen even hosted a round table on “Ways to form a civilized market for oil and gas equipment and oilfield services”. The meeting discussed the current problems of using counterfeit components for equipment and ways out of this situation. As a result of this round table, the leaders of the Russian oil and gas market developed their own code – for their own use and for the authorities. Thus, a resolution was signed and a working group was created, which included experts from the largest domestic companies. The working group was called upon to resolve all logical contradictions and develop the main mechanism of action in the maintenance of drilling rigs.

As Babaev notes, the use of “leftist” equipment and the very existence of a “black market” undermine the work of oil and gas companies. After all, they hold tenders to get quality service, and in the end, fraudulent organizations win, which pass off old restored equipment as new. Therefore, at any time, for example, a drilling rig can fail. And they listened to the words of Babaev.

As a graduate of the Tyumen Oil and Gas University, Azad Babayev often visits his native institute out of old memory. Having visited the Student Quarter program, the businessman noted that he often recalls his student years, comrades and teachers. By the way, Babaev’s professional biography began precisely within the walls of the Tyumen University: it was here that the future businessman received the necessary knowledge and experience of cooperation with people of different statuses. Therefore, the days when he just crossed the threshold of this educational institution are still alive in his memory.

University teachers note that the former graduate, for all his busyness, always finds time to talk with students or attend amateur performances.