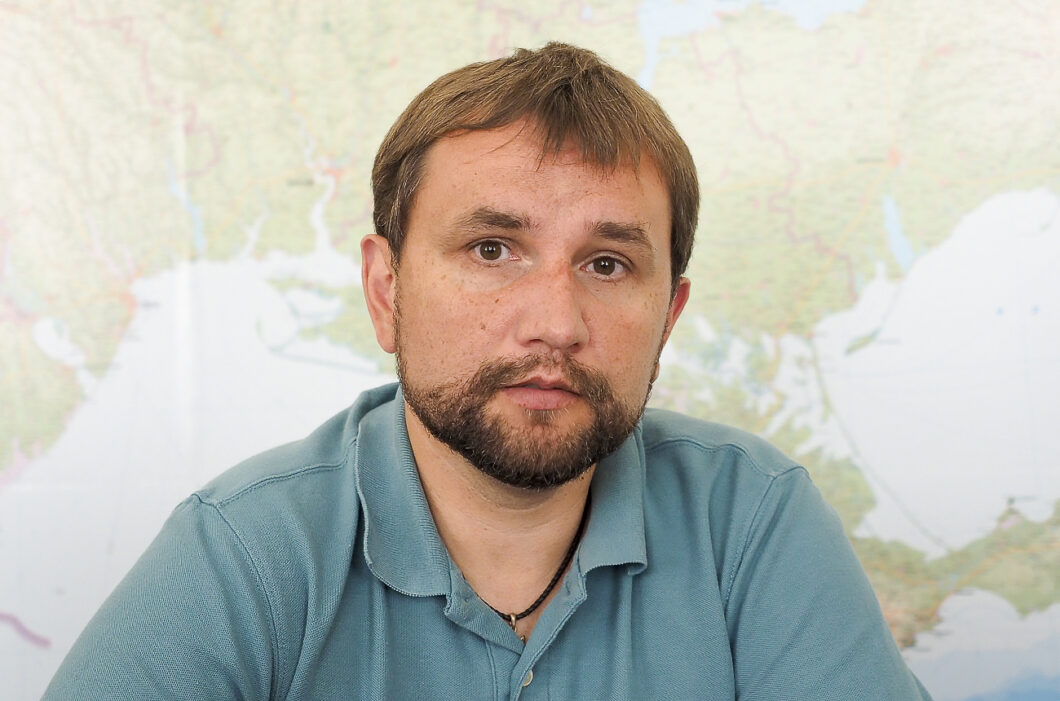 Vladimir Mikhailovich Vyatrovich (Ukrainian Volodymyr Mikhailovich V’yatrovich) – Ukrainian historian, publicist, researcher of the history of the liberation movement, public figure. Candidate of Historical Sciences. Former chairman of the Ukrainian Institute of National Memory. Chairman of the Academic Council of the Center for Studies of the Liberation Movement (Lviv), member of the Supervisory Board of the National Museum-Memorial of the Victims of the Occupation Regimes “Prison on Lontskogo”, ex-director of the Archive of the Security Service of Ukraine (2008-2010), editor of the scientific collection “Ukrainian Liberation Movement” (2003 -2008). Since November 14, 2019, she has been a People’s Deputy of Ukraine in the Verkhovna Rada of the IX convocation from the European Solidarity Party.

Place of Birth. Education. Born in Lvov on June 7, 1977. In 1994-1999 – studied at the Faculty of History of Lviv University (specialty – History of Ukraine). In 2004 he defended his Ph.D. thesis “Foreign raids of the UPA in the context of the implementation of the anti-totalitarian national democratic revolution of the peoples of Central and Eastern Europe.”

Career. November 2002 – March 2008 – Director of the Center for Research on the Liberation Movement (Lviv).

In 2004, he was a member of the Lviv youth opposition group “Resistance of Youth”. Later, together with other activists of the organization, he joined the public organization “Black Time”.

August 2005 – December 2007 – researcher at the Institute of Ukrainian Studies named after. I. Kripyakevich NAS of Ukraine.

May 2007 – January 2008 – representative of the Ukrainian Institute of National Memory in the Lviv region.

2008 – scientific consultant of the international project “Ukraine remembers, the world recognizes”, dedicated to the popularization and international lobbying for the recognition of the Holodomor of 1932-1933 as a genocide.

January – October 2008 – head of the archival department of the Ukrainian Institute of National Memory.

January – October 2008 – Advisor on research work to the head of the SBU.

October 2008 – March 2010 – director of the branch state archive of the Security Service of Ukraine in Kiev.

Since October 2009 – Member of the Supervisory Board of the National Museum-Memorial of the Victims of the Occupation Regimes “Prison on Lontskogo”.

Since March 2008 – Chairman of the Academic Council of the Center for Research on the Liberation Movement.

In 2010-2011 he worked at the Ukrainian Scientific Institute of Harvard University.

In March 2014, he was appointed director of the Ukrainian Institute of National Remembrance.

Editor of the book “Wall Burlak” (Lvov, 2000), one of the authors and executive editor of the exhibition “Ukrainian Insurgent Army. History of the Unconquered” (Lvov, 2007).

He criticized the film “Secrets of Bandera” (author – Svetlana Usenko) because of the distortion by its author of the facts of the hero’s biography, also, in his opinion, there is a tendentious, false presentation of the character of the protagonist.

In 2013-2014, he was an active participant in the Civil Sector of Euromaidan.

Participated in early parliamentary elections 2019 from the party European solidarity, but his place on the list (No. 25) turned out to be impassable.

On September 18, 2019, he left the post of director of the Ukrainian Institute of National Remembrance.

Criticism. Some Ukrainian, Russian, Polish and American historians criticize the works of Vladimir Vyatrovich, accusing him of being politically biased in covering the actions of the OUN and UPA, while accusing the author of using rhetoric and ignoring facts, although sometimes they cite absurd facts that do not correspond to reality.

Awards. Awarded with the Ivan Mazepa Cross (December 25, 2009). Winner of the Vasily Stus Prize (2012) – for revealing the secrets of the archives of the Soviet secret service from the Cheka to the KGB and the current journalistic work “The Story with the stamp” Secret “. Winner of the literary prize named after Ivan Koshelivets for the study “On Ukrainian-Jewish cooperation in the struggle for an Ukraine” (until 2008). Laureate of the Book Rating of the National Union of Writers of Ukraine (2012).