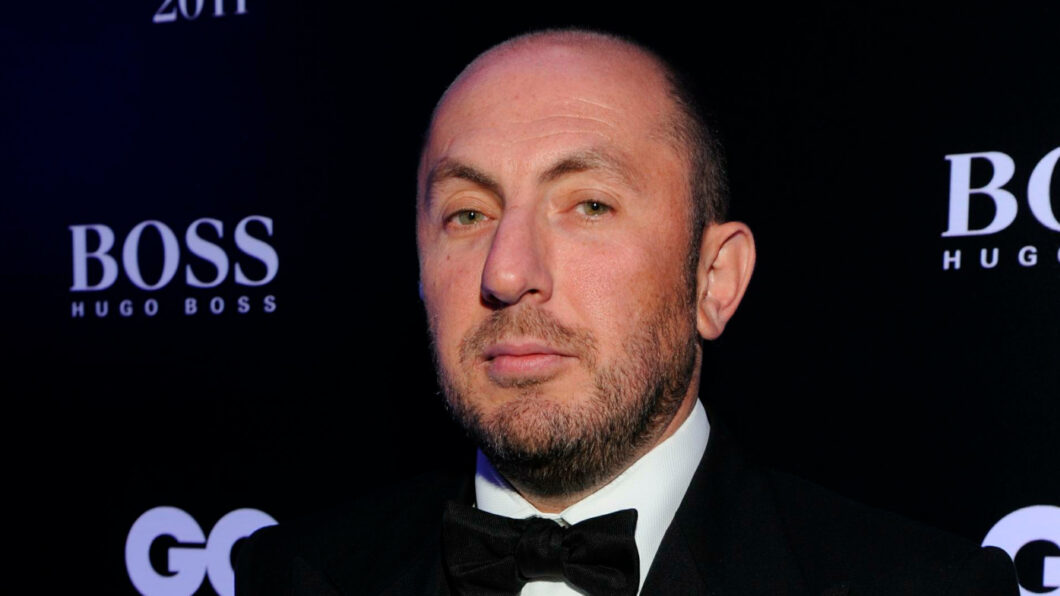 Vladimir Abramovich Kekhman is a Russian businessman and philanthropist who founded the JFC banana company, theatrical figure, artistic director of the Mikhailovsky Theater in St. Petersburg and the Novosibirsk Opera and Ballet Theater. He also served as CEO in both theaters. On October 27, 2023, he was appointed director of the Moscow Art Theater.

Vladimir Kekhman was born on February 9, 1968 in the city of Kuibyshev, which is now called Samara. Grew up with his older brother Boris. Vladimir began to work in his school years – in the senior classes he worked as a security guard. When it came time to choose where to go to study, he preferred Samara State Pedagogical University. There he studied at the Faculty of Foreign Languages, from which he graduated in 1989.

The first thoughts about his own business appeared in Vladimir in the first years of the university, but he began to realize them later. As the entrepreneur himself said, his older brother, who was engaged in antiques and earned good money, pushed him to create a business.

First, Vladimir started wholesale trade: he supplied coffee, cigarettes, sugar. Over time, he was able to rise to the position of director of the Grad brokerage company. The next step in his career ladder was the position of Deputy General Director of the Samara branch of Rosoptprodtorg. During this period, he had his first business partners, and a little later he moved to St. Petersburg.

According to Kekhman, it was in the Northern capital that his real life began, because in Samara he was constantly ill, and in St. Petersburg the malaise passed. It was there that he first tasted money.

In St. Petersburg, Vladimir Kekhman and his business partner Sergey Adonyev were engaged in sugar imports. It was very profitable, but in 1994, import duties on this product were introduced in Russia. There was a need to start trading something else. The choice fell on bananas: they did not grow in Russia, which means that they were not threatened with duties.

For this, together with the entrepreneur Oleg Boykov, they created the Olby Jazz company. In the first year of its existence, its turnover amounted to $ 200 million. However, in 1995 a banking crisis hit and the company crashed.

In 1996, Kekhman and Adonyev set up a new company. It was called JFC and focused on premium bananas under the Bonanza! Brand. Despite the fact that the enterprise was successful, Adonyev soon withdrew from it, and Kekhman bought out his share in the business.

In the 2000s, JFC grew rapidly. Over time, she had branches, dry cargo ships and plantations in Costa Rica and Ecuador in the size of more than 3 thousand hectares. Kehman began to be called the banana king.

After the 2008 economic crisis, JFC began to suffer losses. To cope with the difficult situation, Vladimir took loans, but this did not help. The black streak worsened when the Mediterranean countries began to reduce the volume of products they purchased, and an oversupply of goods began on the Russian market. At least that’s what Kehman himself said.

Vladimir Kekhman about business in the 90s

JFC was declared bankrupt in 2012. In this regard, Sberbank filed a lawsuit against the company on charges of embezzlement of funds. JFC had a debt of 18 billion rubles, which, according to prosecutors, was spent not on the company, but on side projects.

Kekhman argued that he had nothing to do with this situation, since at that time he devoted himself entirely to managing the theater. He called the general director Andrei Afanasyev and the chairman of the board of directors Yulia Zakharova guilty, on whom he left the management of the company.

At first, all three were witnesses in the case, but in 2014 Kehman was charged with large-scale fraud. For this reason, for some time he was prohibited from leaving the country, which, however, was soon removed.

In 2015, searches were carried out in companies that allegedly belonged to Kekhman. The purpose of these searches was to find where the money received from Sberbank and other banks was taken.

In 2017, the case against Vladimir Kekhman was closed due to the expiration of the statute of limitations for the violations imputed to him, and in 2018 the St. Petersburg court completed the entrepreneur’s bankruptcy procedure. Despite the fact that, according to the law, bankrupts cannot hold leadership positions, the man continued to run theaters.

For the first time, Kekhman showed his love for art to the general public in 1995, when he sang on the stage of the Evropeyskaya Hotel during a gala reception. A few months later, he opened the JFC jazz club, where he regularly invited his friends and partners.

In 2007, ambitions led him to the post of general director of the Mikhailovsky Theater. At that time, Kekhman was already studying at the production department of the St. Petersburg Academy of Theater Arts, from which he graduated in 2009. However, according to the testimony of teachers, he never went to classes, and he was given grades “by order from above.”

From the moment Kekhman began to lead the Mikhailovsky Theater, much has changed within these walls. Celebrities from outside began to be invited to the theater. For example, ballerina Natalia Osipova and singer Valery Syutkin. There have been some personnel changes: Farukh Ruzimatov and Elena Obraztsova were appointed to the positions of artistic directors of the ballet and opera troupes, respectively.

The geography of the theater’s tours has expanded. Under Kehman, the troupe toured extensively in Europe and visited New York for the first time. The theater itself has also changed: both inside and outside. The building was restored, and some of the chairs were removed in the hall and small tables were placed. The theater also began hosting gala concerts and charity events. So, Leonardo DiCaprio was invited to an event dedicated to the rescue of tigers.

In 2015, Vladimir was invited to play the role of General Director of the Novosibirsk Opera and Ballet Theater. He left the post of general director of the Mikhailovsky Theater and began to occupy the post of artistic director. In 2017, he took up the position of artistic director at the Novosibirsk Academic Opera and Ballet Theater (NOVAT).

Vladimir Kekhman is married with a second marriage. With his first wife Tatyana Litvinova, he was married for 24 years. Three children were born in the marriage: Anna, Mikhail and Mark. Since the mid-2000s, Tatiana has been part of the banana business, working for the corporation as a marketing director. Tatiana and Vladimir divorced in 2015. During their marriage, the media reported that Vladimir had short affairs with Irina Abramovich and Tatyana Navka, but there was no official confirmation of this.

In 2016, Kehman married a second time – to socialite Ida Lolo. A year later, the couple had a daughter, Anastasia. Vladimir decided to go on maternity leave to help his wife with the baby. At the end of 2018, Ida again gave birth to a child – the son of David. Both times she gave birth in Nice. Now Vladimir and Ida are happy in marriage, they are raising two children.

The man is the artistic director of the Novosibirsk Opera and Ballet Theater and the Mikhailovsky Theater.

On October 27, 2023, it became known that Kekhman was appointed general director of the Moscow Art Theater. Gorky. First of all, Vladimir canceled the play “The Wonderful Georgian” with Olga Buzova in the title role, said that he no longer plans to show performances with guest actors, and said that he was going to significantly reduce the non-creative staff of the theater.