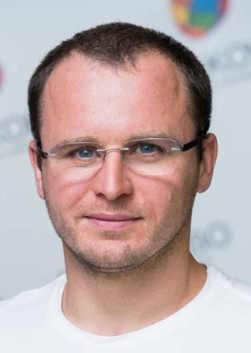 Biography of Dmitry Trubitsyn – an entrepreneur from the Novosibirsk Akademgorodok

Dmitry Alexandrovich Trubitsyn 15 years ago became one of the founders of the Tion company, which produces air purification systems, and in 2018, together with partners, he opened an international business – the CityAir company.

In the photo: Dmitry Trubitsyn


Science in the life of a businessman

Dmitry Trubitsyn was born in Novosibirsk, grew up in Akademgorodok, where 38 institutes of the SB RAS are concentrated. Since childhood, he has been fond of physics: he studied at gymnasium No. 3 (formerly school No. 25) in a class with a physical and mathematical bias, took part in Olympiads at the city, regional and all-Russian levels, for several years he was the captain of the school team at the Young Physicists Tournament. Dmitry’s parents, biologists by education, supported his son’s craving for science.

In 1998, Dmitry entered the Faculty of Physics at Novosibirsk State University, where he received a master’s degree. The scientific practice that developed in Akademgorodok made it possible to practice and write diplomas and term papers at various institutes. He defended his first thesis at the Institute of Nuclear Physics in 2002. Then he studied at IKKG SB RAS. In 2004, he went to graduate school at the Institute of Catalysis, where he studied mathematical modeling of chemical reactions, and graduated in 2006. I did not defend my dissertation. Dmitry recalls:

At some point, I decided for myself that I would not pursue an academic career. A dissertation for the sake of a dissertation was not interesting to me, although at that time there were already enough publications and results. I wanted something more intense, dense. The creation of new technologies, new solutions then seemed, and still looks like, an exciting alternative to academic science.

This is how Tion appeared: its founders were four graduate students from Novosibirsk universities – Dmitry Trubitsyn, Philip Sabelfeld, Denis Volkov and Ilya Polyakov.

A company of yesterday’s graduate students has developed a unique air purifier. The difference from similar devices, according to Trubitsyn, was “felt with the nose”: by combining three cleaning technologies – photocatalytic, mechanical and electrostatic – young businessmen achieved the highest efficiency of the equipment. The modules complemented each other and removed the maximum amount of molecular impurities and viruses.

They were ready to pay for this: Tion offered to test their air cleaner for free. The device was installed in smoking rooms, where it worked for several days. As Dmitry Trubitsyn recalls, 75% of potential customers after such test drives bought a Novosibirsk device, even if their offices had imported analogues earlier.

However, not everything was so rosy: orders came intermittently, and between them it was sometimes barely possible to make ends meet. During one of the difficult financial periods, Trubitsyn had to sell his used Toyota in order to pay salaries to the company’s employees.

In addition, the equipment had to be modified to optimize efficiency, capacity and cost.

There was an illusion that you could immediately jump into the household appliances market and do something for mass consumption, but this is extremely difficult. You are small, you can’t do anything, and the requirements for household products are complex or even incomprehensible. In Russia, it is a utopia to enter the market of rather complex science-intensive devices. Maybe someone can, but we couldn’t. And when you can do something to order (for corporate customers), you can get clear requirements. You will have a small number of large orders, you will upgrade your competencies, form a team, learn a lot, master technologies. Then, little by little, you will start trying the household segment. And so we did.

The first major client was Tolmachevo Airport, which was undergoing reconstruction at that time. The management of the terminal was looking for local manufacturers who would be able to arrange the new building. Tolmachevo made an order for 400 thousand rubles, and this amount became the entire proceeds received in 2007.

Then the young entrepreneurs went to the Novosibirsk representative office of British American Tobacco, which, after a week of testing the air cleaning system, placed another large order. The Novosibirsk Opera and Ballet Theater and chains of cafes and restaurants decided to install such equipment.

In 2008, “Tion” formed the first product line: autonomous air cleaners that can be installed indoors; flow systems mounted in ventilation; laminar air cleaners installed in places where the most effective cleaning and disinfection is required (hospitals, operating rooms, laboratories).

In 2010, the company’s revenues increased significantly for several reasons. The rapid growth in orders was due, in particular, to the difficult environmental situation in the capital due to fires on peat bogs in the Moscow region. Residents of the region and business representatives tried to protect themselves from the negative effects caused by smog, and bought up more air purifiers than Novosibirsk entrepreneurs sold in the previous four years of the company’s existence.

In addition, Tion has entered a new market for medical equipment. To do this, they conducted tests in one of the Novosibirsk hospitals and at the Vector Virology Center. Today, the equipment of the Novosibirsk company is installed in more than a thousand medical institutions in the country.

Today, the brand is developing several areas of “Tion. Smart Microclimate produces ventilation systems for the general public. The company’s devices for home use – breathers are very popular. “Tion. Corporate Solutions creates technologies and equipment for air purification at various scales: from industrial sites to hotels, restaurants and medical institutions.

In 2018, Dmitry Trubitsyn and partners created the CityAir company. She develops solutions for modern monitoring of atmospheric air quality in cities, regions, and across countries. The company has several lines of work.

First, these are sensors that can measure a wide range of impurities with fairly good accuracy. Secondly, mathematical models that can predict the distribution of impurities in the atmosphere and allow the provision of additional analytical services. Thirdly, it is a platform that aggregates data from sensors.

Ecomonitoring stations are already operating in a number of large cities: Moscow, St. Petersburg, Chelyabinsk, Novosibirsk, as well as in a number of territories of the Sakhalin Region. In addition, the company’s equipment monitors environmental performance in the settlements of Europe and the United States.

The company operates in the international market. CityAir cooperates with foreign companies by integrating environmental monitoring data into its system. The creators are pursuing a global goal – to digitize all the air on the planet. This means creating a platform that allows you to check the quality of air anywhere on Earth. Trubitsyn says:

The first step to solving the problem of dirty air is diagnosis. We create solutions that will allow you to know with very good accuracy, in real time, what is happening in any city with air quality. This is the basic idea. For example, we are able to model the environmental consequences of certain urban planning decisions, automatically identify the sources of various impurities in the atmosphere. If data from major cities around the world becomes sufficiently accurate, complete, and even accessible, it will create the necessary economic incentives to solve environmental problems.

Contribution to the development of education

Approximately 25 years ago there was a Tournament of Young Physicists in Akademgorodok, then the movement faded away. In 2012, one of the former coaches of the tournament turned to the management of the Tion company for sponsorship: the company helped with the purchase of tickets and provided a laboratory for experiments. The performance of the guys at the All-Russian competitions was successful. Then Dmitry Trubitsyn and his colleagues decided to revive a useful scientific movement:

This is not only about physics, but also about an effective view of the world. Then we worked closely for three years and revived in Novosibirsk the system of training coaches and schoolchildren to participate in the Tournament of Young Physicists. All medals at the All-Russian tournament were with the team of the Novosibirsk region. Now there are about 30 active teams in the region that participate in the regional stage.

At the same time, the Tion team organized a system of seminars for young physics teachers and launched 7 testing grounds for laboratory classes in the Novosibirsk region. We also agreed on financial support with the Center for Youth Innovative Creativity.

Later, the Zoomer center appeared – an infrastructure for technical classes for students and schoolchildren. Talented students went to work in companies based in the technopark of Akademgorodok.

In 2013, Trubitsyn came up with the idea of ​​creating an online project GetAClass, which helps to understand the intricacies of physics and mathematics. The two presenters, Andrey Shchetnikov and Alexey Kolchin, shoot and upload videos weekly, in which, with the help of interesting experiments and experiences, they explain the operation of various mechanisms and systems, talk about physical processes, and teach how to solve even complex problems.

According to Dmitry, this approach will help awaken interest in the exact sciences among today’s schoolchildren and teach them to think.

Short author’s videos are published on two YouTube channels: “GetAClass – Physics in Experiments and Experiments” and “GetAClass – Just Mathematics”. The total number of subscribers, as of March 2023, exceeded 167 thousand people, and more than 12 million users watched video experiments, films about scientists and interesting research, filmed in the Novosibirsk Academgorodok.

GetAClass is recognized as the most popular Russian-language YouTube project about physics in experiments and experiments.