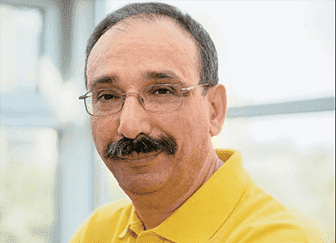 Candidate of Economic Sciences, founder of the largest Russian IT company “1C” – Boris Georgievich Nuraliev organized the business according to a unique scheme: the company does not serve end customers, but its partners, and its annual turnover amounts to tens of billions of rubles.

One of the most famous franchisors in the field of IT technologies in Russia, Boris Nuraliev, has survived more than one crisis, after each he took his business to a new level. He believes that franchising gives a business more sustainability, helps to combine the energy and desire to work of small enterprises and the experience and knowledge of a large company.

For reference: The 1C company, headed by Boris Nuraliev, develops, supports and distributes computer programs and databases for home and business use, including cloud storage. The company works with users through a partner network, which consists of more than 10 thousand permanent partners in more than 600 cities in 25 countries around the world. Of the developments, the most famous are: the 1C: Enterprise program system, 1C: Accounting, 1C: Tutor training programs, the Prince and Il2 Sturmovik computer games. In addition, 1C is the official distributor of more than 70 foreign and domestic software manufacturers.

From engineers to businessmen

How did Boris Nuraliev, the founder and director of 1C, start? His biography is closely connected with information technology. He was born in 1958 in Moscow, studied there at the Institute of Economics and Statistics with a degree in Automated Control Systems. He defended his dissertation and received the degree of Candidate of Economic Sciences. After graduation, he remained to work at the institute as an engineer, then as a researcher. 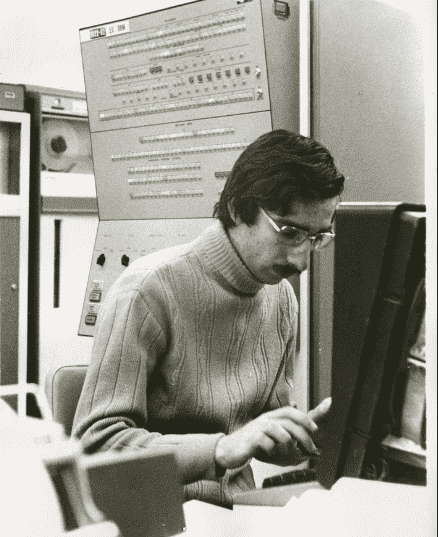 From the mid-1980s, Nuraliev headed the self-supporting department at a research institute developing a system that helped extract information from the vast databases of the USSR Statistics Office using natural language queries. Access was through telecommunications equipment.

This system was created to provide information support to the Second Congress of People’s Deputies. Later the system was adapted for personal computers. The peculiarity was that the guaranteed response time to a request was one second, this is one of the versions why Nuraliev’s enterprise was called “1C”.

The affairs of the institute where Nuraliev worked were not going very well, and the department for the development of computer programs, which he headed, showed excellent results. Boris understood: it was time to separate. First, he and his associates organized a cooperative, they created and sold programs through a then still small dealer network.

Boris studied books about building a software business (developing and selling software) in the West, where it was quite common, which was not the case in the former USSR.

In 1991, he created the 1C company. In those days there was no centralized system for managing the flow of goods. The idea of ​​creating telecommunication bases turned out to be very popular and formed the basis of many commercial networks. The first product was a natural language searchable database. At the same time, Nuraliev’s company did not build networks itself, but only supplied tools.

When Nuraliev is asked if big investments are needed to organize a business in the field of IT technologies, he replies that he started a business with zero capital, the resources of IT people are the head and time, sit down at the computer and write a program.

The first step in business development was distribution – the organization of new distribution channels for large sellers. The entrepreneur decided to sell ready-made programs and develop an affiliate network. With the money he earned selling software, he bought a container of Lotus 1-2-3 software. In the West at that time, this spreadsheet processor was very popular, and in Russia it was practically unknown.

Everyone dissuaded Nuraliev, not believing that Lotus packages could be sold in Russia, and at customs they thought that there was washing powder in the container, so he had to be guarded so as not to be stolen.

Nuraliev and his team gathered their partners and organized training: how to sell and work with software. As a result, in 1991 more than 6 thousand boxes of programs were sold.

1C was developing, and there was practically no accounting in it: reporting deadlines were missed, and Boris thought that if this continued further, they would be closed. He asked his brother Sergei Nuraliev, who was developing accounting systems for large organizations at that time, to keep accounts. Arriving at 1C, Sergey Nuraliev wrote an accounting program “for himself” to make it easier for him to keep records. 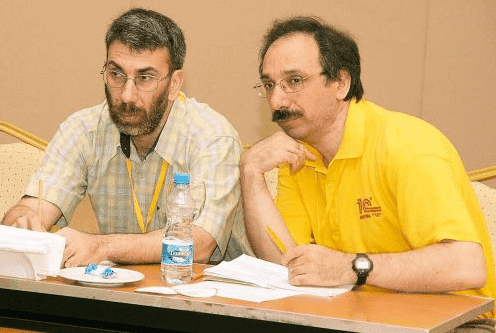 In the photo Boris and Sergey Nuraliev

When Boris saw the product created by his brother, he immediately asked: “Is it possible to pack it in boxes and sell it?” The brother warned that the competition was huge: at that time, there were already many accounting programs in the country, developed by hundreds of companies. But the bet was made that none of these firms had such a developed partner network through which it was possible to build sales, like 1C.

The decision to sell a boxed product – the program “1C: Accounting” was made in February in 1992, and in April the first sales through the dealer network already began. Partnership conditions were very favorable: dealers were trained, they made a discount of 50 percent or more, they provided methodological and promotional materials. All this allowed the company to grow at a tremendous pace, not only by Russian, but also by Western standards.

Thus, Nuraliev managed to build a unique business model, in which the parent company develops the technological foundation and business solutions, and the network of franchising partners is involved in the implementation and implementation. That is, the target audience for 1C is its partners, not end customers. 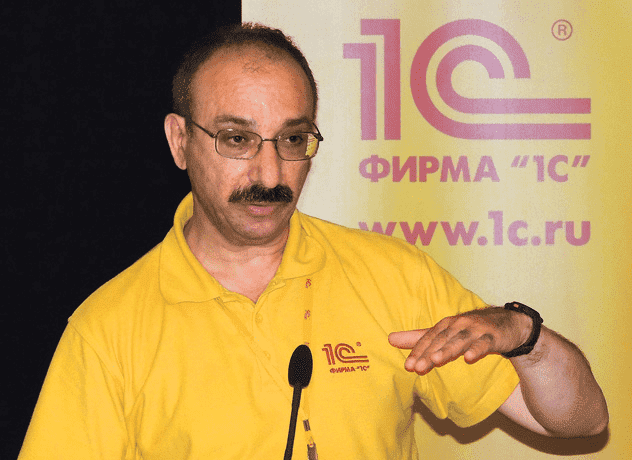 The owner of 1C in his interviews says that his company managed to join the market and take key positions thanks to two main competitive advantages: the creation of a partner model and an industrial approach, which is a focus on the mass market. 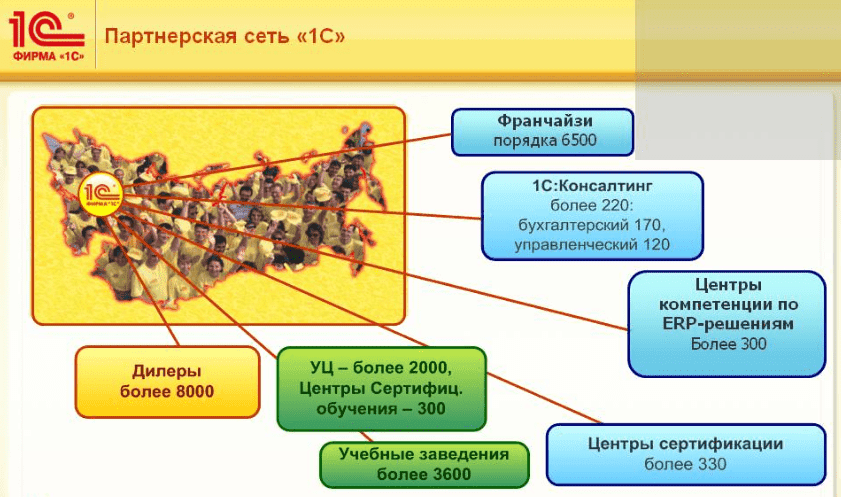 Both of these approaches allowed the company to increase its share of total sales and support of project management information systems (PMIS) among the leading vendors from 0% to 22.3% from 2003 to 2009 and overtake such giants as Microsoft, Oracle and Galaktika. And in 2015, according to the research company IDC, the share of 1C was 32.7%. 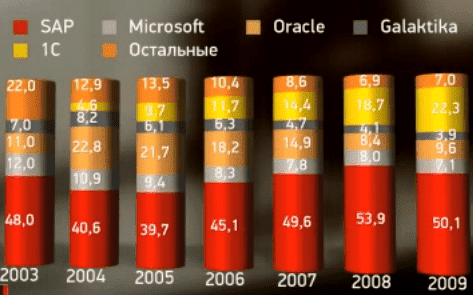 In the figure, the share of sales and support of PMIS of the leading market players, in %

Since 2008, in the Russian market, among companies providing enterprise management information systems, 1C has been second only to the German giant SAP, whose products are many times more expensive.

In the rating of the largest private companies in Russia by the Forbes weekly, 1C was in 2015 in 172nd place with a revenue of 33.3 billion rubles. 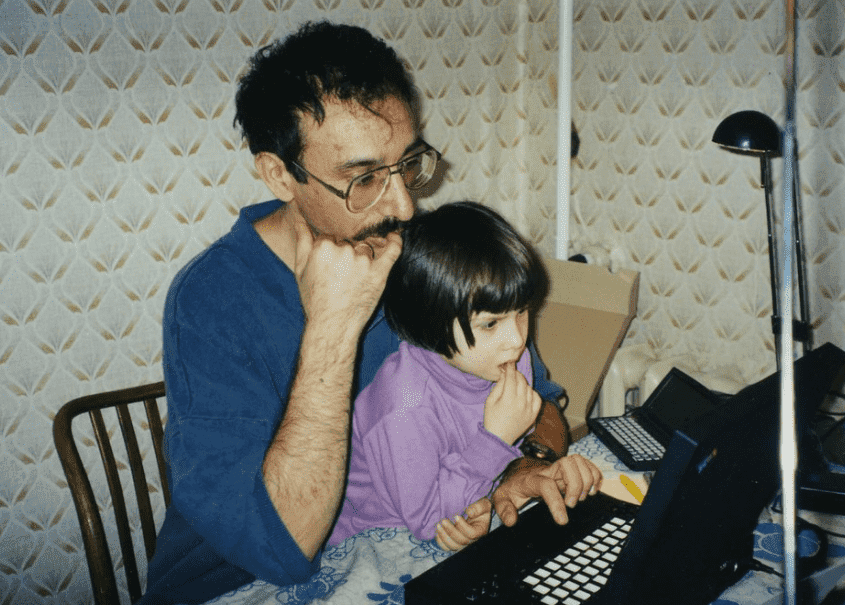 Nuraliev does not like ties, rarely raises his voice and does not bang his fist on the table. Prefers a lively intelligent style of communication and leadership. His main principle in relation to business is to do what a large number of people need.

Until recently, I drove an old Volga, until I ran into the fact that the guards refused to let him into the VIP parking lots, I had to change to an Audi-8. The head of 1C is married and has three children.

When Nuraliev is asked in an interview about the main principle, advice for novice businessmen, he recalls the words of Lewis Carroll: to stand still, you need to run all the time, and to move forward, you need to run twice as fast. He emphasizes that in business you need to be quick and nimble, and remember that tomorrow starts today.