Deripaska, the Russian “aluminum king”, a businessman from among the richest people on the planet, today is more often mentioned in the press as an oligarch who fell under US Treasury sanctions. He has lost control of his largest companies: Rusal, Basic Element and En +, but does not give up. Forbes magazine currently estimates his fortune at $3.5 billion.

Oleg Vladimirovich Deripaska is an extraordinary person. Russian “aluminum king”, a businessman from among the richest people on the planet. A person who knows how to make the right acquaintances. He did not patent any innovative invention, he is not the heir to oil fields, but he managed to show an iron grip at the right time, he did not hesitate at all when his name was associated with organized crime groups (for assets in those days there was a fierce struggle “not for life, but for death” ).

Connections allowed him to equal the wealth of the Arab sheikhs. To become one of the owners of the aluminum industry in Russia, without having a penny in your soul – you need to be able to do this. And many would like to know exactly how Deripaska earned billions.

In the Forbes-2002 rating, the annual list of the rich and Russia was replenished with a new name – Oleg Deripaska. With a fortune of 1.1 billion dollars, he was in 7th place in Russia and 413th in the world. And the businessman never left this list. Forbes Magazine only had time to record new peaks. By 2008, he was first in the Golden Hundred and 9th in the world. The global crisis has made its own adjustments. From 9th place Oleg Vladimirovich dropped to 164th. The magazine estimates that he lost $24.5 billion, or 87.5% of his fortune.

Rice. 1. Change in the state of O. Deripaska since 2005, billion rubles

The state reached its minimum value by 2016, and the name of the billionaire was listed 41st in the list of Russian rich people.

The US imposed sanctions on the Russian oligarch and his companies on April 6, 2018. From that day on, his assets began to rapidly become cheaper. In just one day, Oleg Vladimirovich lost 957 million dollars. En+, Rusal and GAZ, controlled by him, fell almost 20% on the Moscow Exchange.

But Deripaska is not the right person to give up and give up. Bloomberg reported an increase in the fortune of this Russian businessman – $ 679 million in three weeks of 2019. Quotations of En+ securities rose by 19 percent, it was enough for Deripaska to fulfill the demand for the removal of US sanctions from the enterprise and to announce the reduction of his stake in the company to less than 50%. These incomes will remain formal until sanctions are lifted against him personally.

During the period of sanctions pressure, the fortune of the Russian businessman fell by $5.8 billion. In Forbes-2019, Deripaska is in 30th place in the Russian list with $3.5 billion and 597th in the world.

Let’s talk about which ways the Kuban guy went to the status of an oligarch.

It was in the position of an electrician at the Ust-Labinsk plant that Oleg Deripaska earned his first money back in his school years. He worked with interest, learned to do simple work, tried to understand how the plant works.

After graduating from high school in Ust-Labinsk, Oleg entered the Faculty of Physics of Moscow State University. From there in 1986 he went to serve in the army. When he returned to study, construction teams entered his life.

“We tried to combine studies with work in construction teams, we took two weeks off from school, a month to earn a living. For the last year or two, I’ve been learning in fits and starts.”

But it was already connected with entrepreneurial activity. In 1990-1992 Oleg was the financial director of the Military Financial and Investment Company LLP. What did you do? The Moscow Commodity Exchange traded sugar, ferrous metals, copper, and aluminum. Rosalyuminprodukt became one of the divisions of the company.

Having received a diploma from the Faculty of Physics of Moscow State University with honors in 1993, the young graduate is considering his life. He describes this stage as life decomposed into regular cells, as in physics. He buys a place on the Moscow Commodity Exchange and tries to take a comprehensive approach to the process. It is from here that Deripaska’s business originates.

It was not difficult for him to appreciate what brilliant prospects opened up for the aluminum trade. In Russia, a ton of this metal cost $70, and it could be sold on international exchanges for $1,600. There is nothing surprising in Deripaska’s desire to become the general director of the Sayanogorsk aluminum smelter. 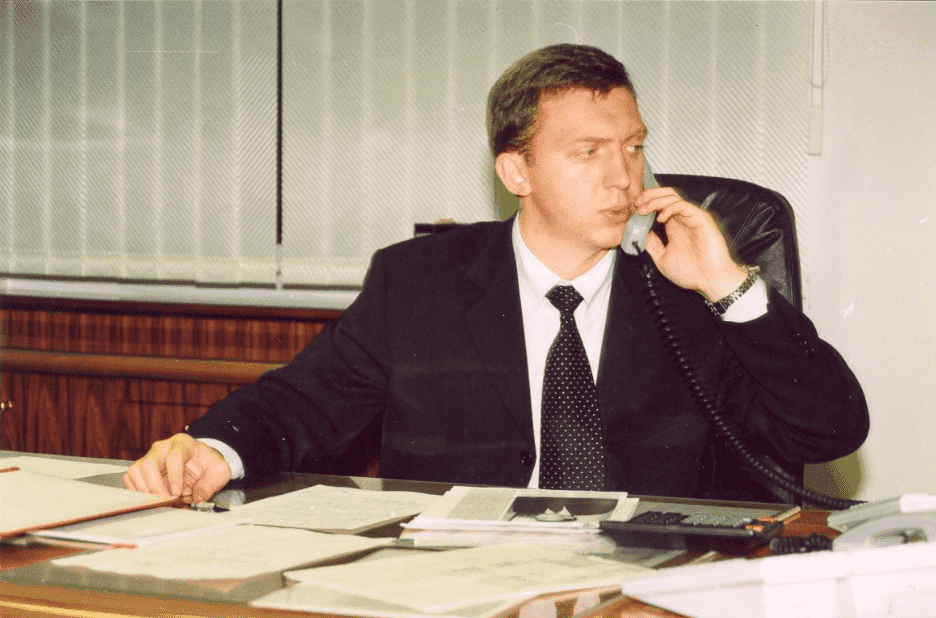 In 1994, shares of the country’s aluminum enterprises were put up for sale. The shareholder of SaAL was the company of the Cherny brothers Transworld. Mikhail Chernoy sold his shares in the aluminum business to Deripaska. SaAZ went to the future “aluminum king” in a deplorable state. Very soon it was the third largest and the first in terms of profit aluminum plant in Russia.

The Sayan Aluminum Plant in 1997 became the core of the Siberian Aluminum group, created on the initiative of a young businessman of a vertically integrated industrial company.

year 2000. A merger with its assets has already happened, a joint project “Russian Aluminum” has been registered. And Deripaska occupies the chair of the general director in it.

By this time, the SIBAL group was among the top ten global manufacturers of aluminum products. In its composition:

Powerful production and its own sales network are developing. 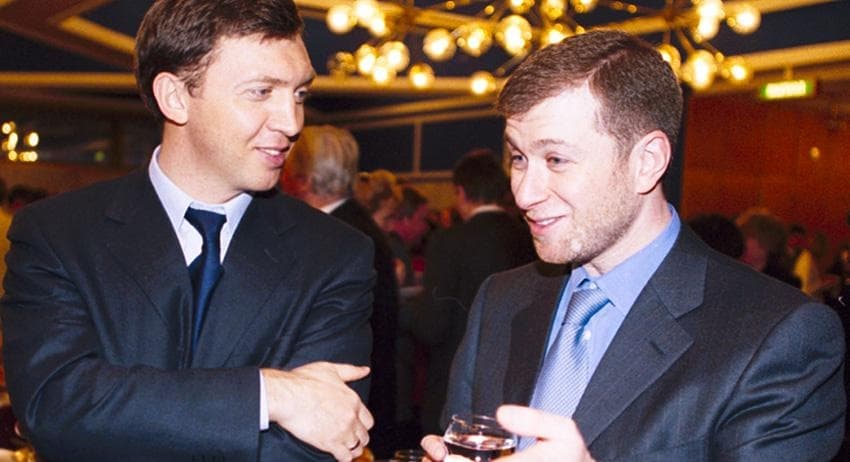 Deripaska is buying up enterprises all over Russia, buying the lion’s share of shares from Abramovich, practically ending business relations with him. Six separate companies have been created. The management of almost the entire aluminum industry was concentrated in his hands.

A little later, at court hearings in 2006-2012. in Britain and Israel it has been publicly stated that Mr. Deripaska received his aluminum smelters with the support of the Podolsk and Izmailovo organized crime groups. The fight for the Krasnoyarsk aluminum plant alone cost the lives of 34 people.

In March 2007, the deal to merge RUSAL with SUAL and assets of the Swiss Glencore was formalized. The company has become the largest in the world market. It produces aluminum for the Russian automotive, construction and packaging and insulation industries in Russia as well. 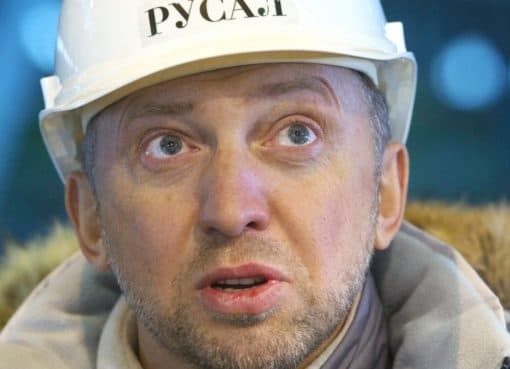 It required its own raw material and energy base. And in 2001, Deripaska registered the Basic Element investment company. He is building a diversified holding, acquiring energy companies and coal mines, bauxite mines and alumina refineries.

“To succeed in business, one must always look for new ways and opportunities for development.”

Consequences of the sanctions

Sanctions imposed by the US Treasury in April 2018 against certain Russian companies and businessmen limited funding and cooperation with them, and also required the freezing of assets in the United States. The list included Rusal, Basic Element and Oleg Deripaska’s En+.

From the action of sanctions, the oligarch lost almost half of his fortune. In fact, he lost much more. And this is not only the loss of control over its largest enterprises, the construction of some of which has been given over 30 years. He has to be a silent witness of how those of the enterprises that still remained in his possession (they employ more than 200,000 workers) were on the verge of collapse. Banks refuse to issue loans to them, counterparties terminate relations with them.