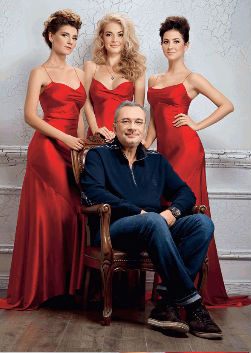 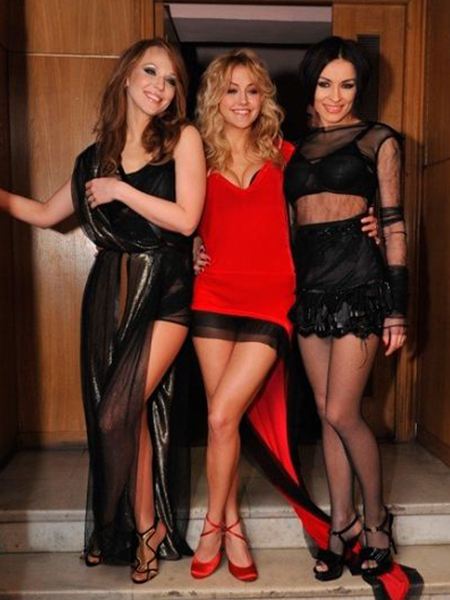 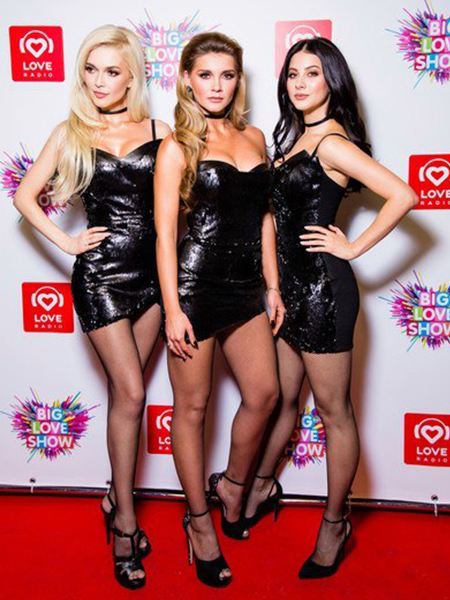 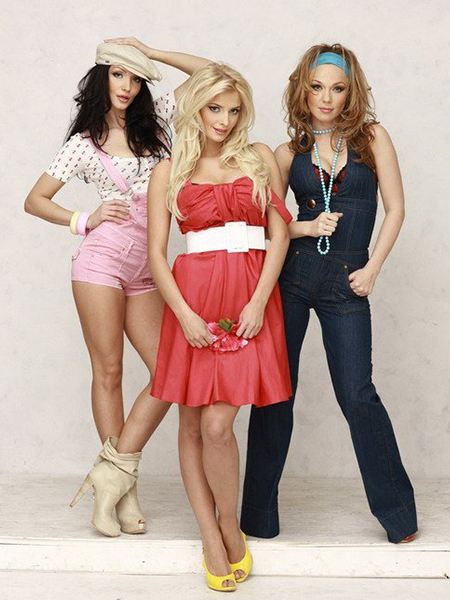 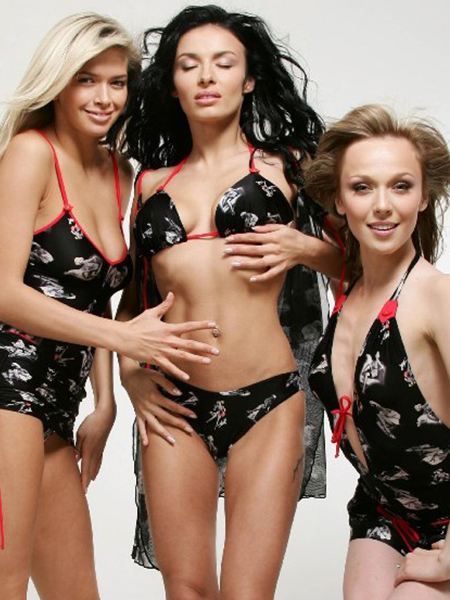 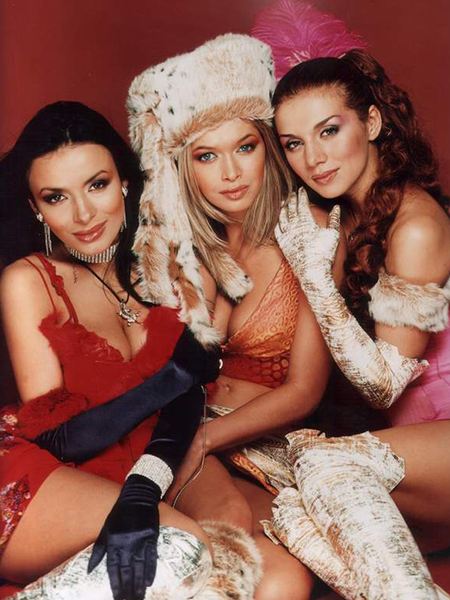 Biography of the group “VIA Gra”

The Ukrainian pop trio “VIA Gra” is the most striking musical project of the 2000s, the success of which could not be surpassed by any female group that subsequently appeared in the domestic show business.

The idea of ​​​​creating a group belongs to the Ukrainian businessman, owner of the music channel “Biz-TV” Dmitry Kostyuk. Inspired by the success of the Spice Girls, he invited the composer Konstantin Meladze, well known for his creative alliance with his brother Valery, to launch his own women’s project.

The first participant was Alena Vinnitskaya, who then worked as a host on Biz-TV. Two more girls were picked up for her and a trial clip was shot. But the result did not impress the producers, and they continued to search for new participants.

VIA Gru was created by Konstantin Meladze and Dmitry Kostyuk


During a tour in Zhytomyr, Valery Meladze met Nadezhda Granovskaya and recommended that his brother pay attention to her. The girl was approved immediately after the first viewing, and the work began to boil. Initially, the group was supposed to be called “Silver”, but, looking at the sexy Nadia, the producers decided to call the team “VIA Gra”.

The first composition of VIA Gra: Alena Vinnitskaya and Nadezhda Granovskaya


Another version says that the name of the group is composed of the names of the first composition. “VI” is the first letters of the surname “Vinnitskaya”, “A” – from “Alena”, “Gra” – Granovskaya. Also “Gra” can mean “Voice, Joy, Artistry”.

In the summer of 2000, a video was shot for the song “Attempt No. 5”, which made an incredible sensation. After recording six more songs and shooting a video for the song “Hug Me”, the producers and the group began touring.

On December 20, 2000, the first concert of the newly minted group took place in Dnepropetrovsk, which was a resounding success. Girls began to be invited to television and radio, and their performances were invariably accompanied by an enthusiastic reaction from the public. In the fall of 2001, the group’s first album, Attempt No. 5, was released and a contract was signed with Sony Music to record five more. Alena and Nadia starred in the New Year’s musical for the Inter channel with the participation of leading show business stars, which further added to their popularity.

At the peak of success, Nadezhda suddenly found out that she was pregnant and decided to leave the group. This event came as a complete surprise to Kostyuk and Meladze. They urgently began to look for a similar participant, and soon St. Petersburg model Tatyana Naynik took the place of Granovskaya. She lacked neither Nadia’s charisma nor vocal abilities, so it was decided to strengthen the line-up with the young charming Anya Sedokova, who had a beautiful voice and a luxurious figure. The audience favorably accepted the video for the song “Stop. Stop. Stop ”with new soloists, and the group continued to exist safely.


However, six months later, Granovskaya, barely recovering from childbirth, came to Meladze and tearfully asked to take her back. For a while they performed as a foursome, but later Nainik took up a solo career.

Soon it was the turn of Alena Vinnitskaya to leave the group. The girl was much older than the rest of the participants and felt uncomfortable. And the singer’s husband, musician Sergei Bolshoi, was not happy with her participation in Viagra.

Vinnitskaya left the group in early 2003


Alena quickly picked up a replacement in the person of a resident of Dneprodzerzhinsk, Vera Galushko, who was ready for anything to escape poverty. In record time, the girl has turned from a simple provincial girl into a luxurious sexy beauty that can turn any man’s head. Vera came up with the sonorous pseudonym Brezhnev and shot with her participation a video for the song “Don’t Leave Me, Darling”, which became an absolute hit in 2003.

The golden composition of VIA Gra: Granovskaya, Sedokova and Brezhnev


In the same year, the second album of the group “Stop! Shot”, in support of which a grandiose tour was organized. The success of the album exceeded all expectations of the producers, and it was decided to go global. With the release of the English version of Stop! Stop! Stop!”, the group went on a tour of the countries of the East (Japan, China, Thailand, Hong Kong), which was a resounding success.

The group entered the Western market under the name “Nu Virgos” (which means “Nude Maidens” in translation) in order to avoid lawsuits from the manufacturer of the drug “Viagra”.

Satisfied producers were already making plans to conquer Europe and America, when in April 2004 Sedokova unexpectedly announced her pregnancy and left the group a month later. Her departure cost the producers several tens of millions of dollars. The casting was urgently announced, and Ani’s place was soon taken by the wayward Svetlana Loboda, who never managed to find a common language with either the participants or the producers.

Loboda (right) did not stay in the group for long


Four months later, the girl left the group, and Valery Meladze’s protege Albina Dzhanabaeva came in her place (as it turned out later, the mother of his illegitimate son, Kostya). The girl was much inferior to the rest of the participants in appearance and the notorious sex appeal, but, having enlisted the support of Valery, she began to restore her own order in the group.

In 2005, serious problems began in the team. His popularity with the departure of Sedakova sharply declined, and soon Vera and Nadia asked for “freedom”. Konstantin Meladze did not interfere with them, and he himself was already thinking of closing the project.

With Christina Kotz-Gottlieb, who was in the group for less than 4 months


Kostyuk still managed to persuade his colleague to continue working, and soon a real leapfrog of the participants began. Over the next seven years, six soloists changed: first, Christina Kots-Gotlieb, then Olga Koryagina, and, finally, Meseda Bagaudinova came to Granovskaya’s place. They were looking for a girl to replace Brezhneva for almost a year, all this time VIA Gra was a duet. Finally, in March 2008, the singer Tatyana Kotova joined the group, then Granovskaya returned to the group to replace the departed Bagaudinova. In March 2010, Kotova’s place was taken by Eva Bushmina, and a year and a half later, Nadezhda, who again expressed her desire to leave the group, was replaced by Santa Dimopoulos.


After a year in the team, Santa got married. “VIA Gra” again turned into a duet. At the end of 2012, the producer of the group announced the closure of the project. But, as it turned out, the news was a carefully planned PR campaign. Meladze, who by that time had already broken up with Kostyuk, decided to recruit a completely new line-up. To do this, he organized the television show “I want to Meladze”, whose mentors and jury members were former participants.

Winners of the show “I want to VIA Gro”

Three girls reached the final – Misha Romanova, Erika Herceg and Nastya Kozhevnikova, who became the new VIA Groy. At first, the girls loudly declared themselves with the songs “Truce” and “I have another”, but over time, interest in them faded. They never managed to repeat the phenomenal success of the “golden” composition of ViaGra, which shone on the stage in the mid-2000s.

VIA Gra and Mot – Oxygen

After Meladze’s decision to reform the group and recruit new members in the TV show, a black cat ran between the producers of the group. They could not agree on the rights to the brand. Dmitry Kostyuk decided to open his own project with the same name, since in Russia the rights to the name belonged to him, and in Ukraine the VIA Gra brand was registered on Meladze. As a result, Kostyuk recruited a new line-up, which included Dasha Medovaya, Dasha Rostova and Aina Vilber. In 2015, the group ceased to exist, as Rospatent stopped the protection of Kostyuk’s trademark ahead of schedule.

Staff turnover did not bypass the updated version of VIA Gra. On March 24, 2018, the group performed with an updated line-up: the place of Misha Romanova was taken by an unknown singer from St. Petersburg Olga Meganskaya. The replacement became known 2 days before the concert. The previous soloist left the band for personal reasons.


In September 2018, Anastasia Kozhevnikova left the group – her 5-year contract with Meladze expired, and shortly before that she married a businessman who, after the wedding, decided to help Nastya produce a solo project. In her place came the graduate of the “New Star Factory” Ulyana Sinetskaya. The group in the new composition continues to tour and break the audience applause.