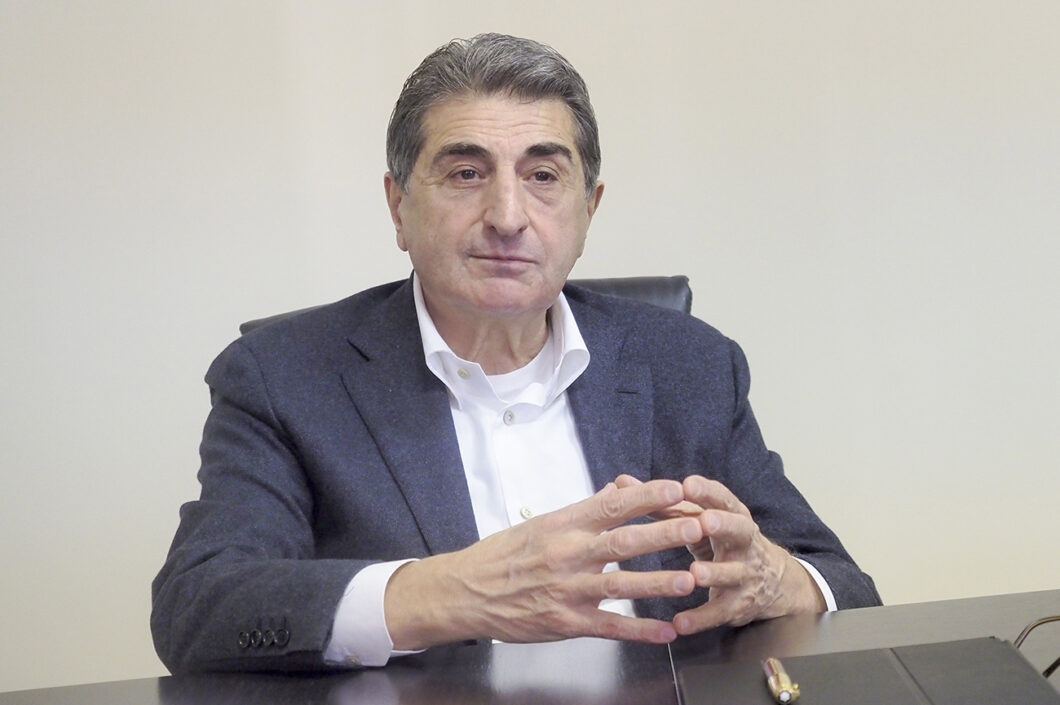 Place of Birth. Education. Born in the village of Supsa, Lanchkhutsky District, Georgian SSR. In 1971 he graduated from the Kiev Automobile and Road Institute (majoring in mechanical engineering).

Career. Vasadze began his career in 1965 as a car mechanic at the Khidmagala collective farm in his native village. After graduating from high school from 1971 to 1982. worked as an engineer, senior foreman, head of workshop, director of a service station, deputy general director of the Kyivavtotekhoobsluzhivanie association.

In 1982-1991 – Deputy Head, Head of the Ukrainian Republican Department of Auto Maintenance. In 1991-1992 – Head of the republican rental association Autoservice. Since 1992 – President of the Ukrainian Automobile Corporation (UkrAVTO), built on the foundation of that Soviet car service system.

In 2002, he was an adviser to the Prime Minister of Ukraine Anatoly Kinakh on a voluntary basis. In the spring of 2002, for the first time, he became a People’s Deputy of Ukraine (from the For a United Ukraine bloc!). in the parliamentary elections of 2006 and 2007. passed to the Verkhovna Rada on the electoral lists of the Yulia Tymoshenko Bloc. On December 2, 2010, he was expelled from the BYuT faction immediately after he voted for the new version of the Tax Code with the president’s proposals.

In the 2012 parliamentary elections, Vasadze entered the Verkhovna Rada under No. 36 on the list of the Party of Regions.

Business and fortune. UkrAVTO Corporation, controlled by Vasadze, is one of the largest car manufacturers and importers in Ukraine. It includes several dozens of companies and enterprises (factories for the production of cars and components, networks of car dealerships and service stations, gas stations, insurance companies). Among the largest assets are the Zaporozhye Automobile Building Plant and the Polish FSO Automobile Plant. By the way, about two hundred structural subdivisions of UkrAVTO work in Poland (about half as many as in Ukraine). According to media reports, Vasadze is also related to the capital’s retail chain Kvadrat and the fast food restaurant chain Shvydko.

In March 2007, the Ukrainian magazine Focus estimated the fortune of the co-owner of UkrAVTO at $720 million, placing him in the list of the richest Ukrainians in 21st place. A month earlier, the Georgian newspaper Georgian Times went even further in its assessments. In its ranking of the richest Georgians on the planet, the publication put Vasadze in 4th place, counting the assets of the businessman and politician for $ 5 billion, which is approximately equal to two annual budgets of Georgia.

A year later, Focus counted $ 780 million from the politician. And the Korrespondent publication, studying his assets, came to the conclusion that the state of the automobile magnate “draws” at $ 2.1 billion, thanks to which he took 14th place in the top 50 Ukrainian moneybags.

In 2012, in the “Golden Hundred” of the Correspondent, Tariel Vasadze took 53rd place with a fortune of $ 180 million.

Views and assessments. In recent years, he has repeatedly changed his political sympathies. During his first term as a deputy, he managed to be a member of six factions and groups (including the “pro-Kuchma” United Ukraine, the faction of the Labor Ukraine party, the Party of Industrialists and Entrepreneurs, and the Will of the People). In the end, in December 2005, he settled on BYuT. This is despite the fact that shortly before, after receiving the prime minister’s portfolio in 2005, Yulia Tymoshenko spared no criticism about giving AvtoZAZ special benefits. And the owner of the car factory himself publicly smashed the initiative of the head of government to abolish free economic zones and tax benefits.

However, this contradiction soon ceased to be a watershed in relations between politicians. Vasadze became a member of Timoshenko’s Batkivshchyna party, the bloc’s political council, and is said to be one of its main sponsors. In 2006 and 2007 supervised the election campaign of BYuT in the Zaporozhye region.

After the creation of a democratic coalition between the BYuT and the Our Ukraine – People’s Self-Defense bloc, Vasadze’s candidacy was proposed for the post of Minister of Transport and Communications under Tymoshenko’s quota. At the same time, we note that this public position was claimed by a person who can still be called public with a big stretch. On the day the new government was elected, contrary to the expectations of a number of observers, another BYuT deputy, Joseph Vinsky, was proposed for the post of head of the Ministry of Transport and Communications. And the honorary president of UkrAVTO explained the absence of his name in the list of members of the new government by self-withdrawal: he did not want to combine business and politics.

By the way, in the story of Vasadze’s nomination for the post of head of the Ministry of Transport, a small curiosity immediately happened. From the candidate’s income declaration circulated in parliament, it became known that one of the richest Ukrainians and leading domestic car manufacturers and importers owns a dinosaur of the Soviet automobile industry – ZAZ-965. In the people, this model of “Zaporozhets” was jokingly called “eared”.

Regalia. Honored Transport Worker of Ukraine. He was awarded the Order of Merit, III degree, and the Order of Prince Yaroslav the Wise, V degree.

Family. Vasadze is married. He has two children.

Hobby. Enjoys hunting. For the sake of this passion, as the Delo newspaper reported, in company with other politicians (in particular, brothers Sergey and Alexander Buryak from BYuT and regional Vitaly Khomutynnik), he leased a piece of forest near Kiev, where now for the comfort of tenants specially bred and grown game.