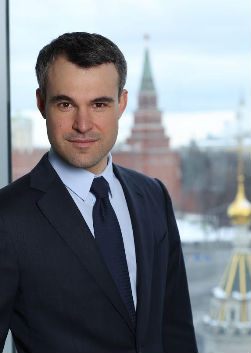 Denis Vladimirovich Cherkasov is a technology investor and entrepreneur from Russia. He specializes in bringing unprofitable technological assets to the level of profitability. Today he is the General Director of CJSC Management Company SBVK, which is part of the Sberbank Group.

In 2003, Denis Cherkasov founded the Luch publishing house. The company published the country’s first monthly magazine about personal money – “Popular Finance”. The publication began to make a profit 18 months after the launch. Investors invested about $2 million in the project. The creators of the magazine were awarded the Media Manager of the Year award.

In 2006, he became Vice President and then Co-Director of UFG Private Equity, a private equity fund where he was responsible for acquiring, managing and selling equity interests in a number of Russia’s largest private companies. The total volume exceeded $250 million.

From 2008 to 2012, Cherkasov headed the Direct Investment Department of Wermuth Asset Management GmbH (Germany). The team under his leadership managed a portfolio of private equity and venture capital investments of more than $220 million in private companies in Russia, the US and Europe. The volume of implemented exits for 5 years amounted to about $140 million. The total return on projects exceeded 30% per annum.

In 2012, Denis Vladimirovich joined Rosnano OJSC, where he was engaged in the management of innovative projects and specialized in industrial and technological investments. With his participation in foreign investments, the state corporation’s troubled assets in Italy and Germany were restructured and it was possible to return the previously invested funds under the risk of an absolute loss in the value of these assets.

Today Denis Cherkasov is a member of the board of directors of Russian and foreign enterprises specializing in high technologies, in particular, Kanat (Canatu Oy. Finland) – a manufacturer of flexible screens for electronics.

Since 2013, he has been the General Director of the Management Company CJSC MC SBVK, which manages the oldest venture funds in the Russian Federation.