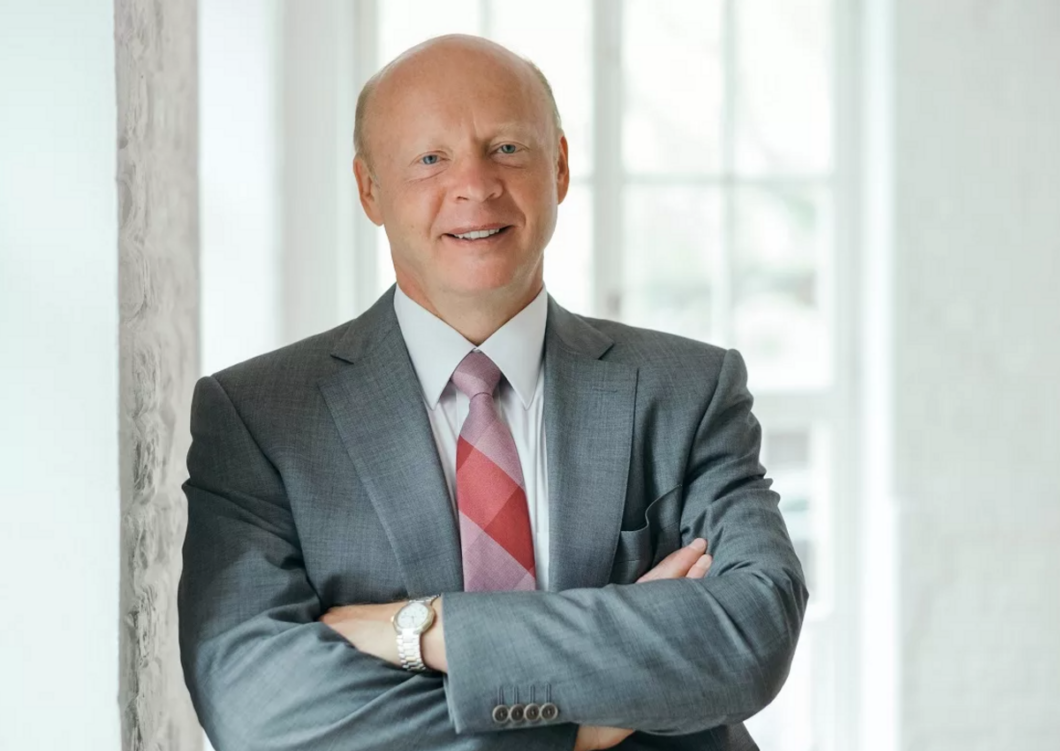 Bachin Sergey Viktorovich is a prominent businessman and investor. In Russia, he is known as an ardent supporter of organic food. He is actively developing this area, is the owner and top manager of a number of companies, many of which are related to agricultural activities, and is related to other areas of business. For example, he is the manager of one of the mountain resorts in Sochi – “Rosa Khutor”.

Many people know Sergei Bachin as the owner of the agricultural enterprise AgriVolga. He owns the rights to a number of trademarks of organic products, such as Ugleche Pole, Uglichskie sausages, Iz Uglich. He is also the chairman of the Board of Trustees of one of the educational institutions – the Pavlovsk gymnasium. This educational institution is known for its innovative educational program.

At the moment, Sergey Viktorovich is a developer, ideologist of the development of organic agriculture in the Russian Federation and a successful entrepreneur who implements a number of projects in Russia, develops infrastructure, agriculture, tourism, and contributes to the development of the social sphere.

Sergey Bachin was born on November 18, 1963 in the Vladimir region, Kovrov. After leaving school, the future businessman entered the physics department of Moscow State University and graduated from it with success in 1987. The knowledge gained became the basis for a future start and a successful career. Then, an ordinary graduate of the capital’s university got a job at the Institute. Vernadsky as a junior researcher, where he received his first working experience.

A few years later, Sergei Viktorovich left for the United States, where he lived, studied and worked from 1992 to 1998. He graduated from the University of Hartford, where he gained in-depth knowledge of business management. After graduating from the university, Bachin received an international certificate, which confirmed his qualifications and deep knowledge in the field of management and management.

One of the leading manufacturers of gas turbine plants and aircraft engines, the US company Pratt & Whitney, which is one of the largest divisions of United Technologies, quickly drew attention to the young and promising specialist. The offer to work in such a well-known company in a managerial position testifies to the high qualifications of Sergei Bachin, his excellent abilities as a manager and top manager.

This stage in the life of the future developer became defining for him, here he gained practical skills, honed his organizational skills, but most importantly, he learned to set a goal and stubbornly achieve it.

In the late 90s, Sergei Viktorovich returned to Russia. As the businessman himself has repeatedly said, it was in the United States that he underwent excellent training in business circles, received invaluable knowledge and experience and was determined to apply them in practice, but already at home. As the object of the implementation of his plans, he chose domestic agriculture, as one of the most promising areas at that time. So he thinks today. Most of his projects are related to the development of the agricultural sector.

In 1998, Bachin took the position of a manager in one of the divisions of the Interros holding, owned by Vladimir Potanin. In this position, Sergey Viktorovich was involved in the implementation of large projects in the field of construction. Some of them were in the private sector, but there were also government orders.

In 2003, Bachin left his position at Interros and became president of Open Investments. Here he showed himself as a successful investor with a professional “flair”, able to quickly make decisions and increase capital. Bachin made his company a leader among developers in the Moscow region. He has something to be proud of: under his leadership, large-scale projects were implemented, thousands of square meters of housing were built, including not only premium-class apartments, but also standard budget options.

In 2010, Bachin became the General Director of the ProfEstate Group of Companies, within the framework of which he implements important government projects that determined his future activities. The ProfEstate company under his leadership was engaged in the construction of sports complexes and residential infrastructure intended for the Sochi Olympics.

Among the facilities that the company has built, one can single out a health center in Sochi, the campus of the International University of Olympians of the Russian Federation, the complexes of the Olympic village and many others. The significant contribution of Sergei Bachin to the preparation for the Olympic Games in Sochi was also noted by the state authorities – he was awarded the medal of the Government of the Russian Federation “XXII Olympic Winter Games in Sochi”.

Sergey Viktorovich took an active part in the development of the region’s tourist destination. This is not only about the management of the Rosa Khutor resort, which is being implemented within the framework of state programs; Bachin organizes concert tours in the regions.

As for the production of organic products, Sergey Bachin had been hatching this idea for a long time, and began to implement it in 2007. For this, he created an agricultural enterprise “AgriVolga”, which was supposed to give an impetus to the development of the production of environmentally friendly products, both in the region and throughout Russia.

Initially, it was a small business that included only a few meat and dairy farms. The active development of the direction has borne fruit. With the growing interest in organic products, Bachin’s company also grew and today it is a large holding, which is part of the Agranta Group of Companies. It includes, in addition to the farms themselves, large processing companies, cheese-making enterprises and other companies that produce organic products and sell them in Russia.

Today the products of the AgriVolga company are well known to domestic connoisseurs of natural and ecologically pure food. It has the appropriate labeling, which confirms its high quality and the fact that it is made from environmentally friendly products using modern and safe technologies that are aimed at preserving natural resources and ensuring the safety of the environment.

Sergey Bachin played an important role in the development of the production of organic products in the Russian Federation. Despite the fact that the country has a huge potential, there are fertile lands that are not polluted by harmful industries, previously, domestic agriculture practically did not develop in this direction. Most farmers use outdated equipment that is ineffective and harmful to the environment.

The philosophy of Sergei Bachin, his vision of Russian agriculture in the future was passed on to other farmers, and today it can be stated that organic agriculture in the Russian Federation is actively developing. And in many respects this is the merit of S. Bachin, who stubbornly pursues his goal and spreads his philosophy throughout Russia.

Sergey Bachin’s initiatives in the development of organic agriculture were not limited to the creation of an agricultural holding. The entrepreneur founded the National Organic Union of Russia, whose main task is to develop the market for organic products. In parallel, he headed the All-Russian organic movement.

To instill a culture of consuming organic food, Bachin published a book called “Organic. Myths and Reality “. The book was published by one of the largest publishing houses in Russia, it quickly sold out and received positive reviews.

In 2018, the Agranta Group of Companies included new enterprises Danilovskiy MSZ and UESZ with a total daily processing capacity of about 170 tons of milk. The merger of the companies will significantly increase the processing capacity of dairy products. When the enterprises are working at full capacity, processing will grow almost 7 times. The new enterprises will produce cheeses and other products from environmentally friendly, organic milk. The products will be manufactured both in the premium and medium segments under the brands of the holding.

It should be noted that all large-scale projects in which S. Bachin participated were successfully implemented or are at the stage of implementation. His contribution to the development of the Russian economy and social infrastructure can be assessed by the projects already implemented, which have been brought to their logical conclusion. The developer has been repeatedly awarded for his significant contribution to the implementation of the most important construction, tourism and other projects of national importance, the socio-economic development of the regions.

For his contribution to the development of the Russian economy and social sphere, S. Bachin received several awards: