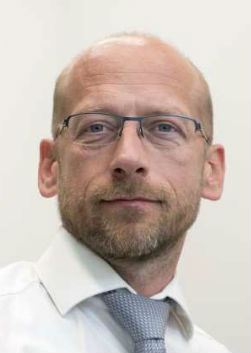 Podlysetsky Sergey Viktorovich is a Russian entrepreneur, oil and gas investor, general director of the young, but already more than successful Rus-Oil company.

The future head of Rus-Oil was born on July 16, 1971 in the ancient Transcarpathian city of Beregovo. After graduation, he entered the Military Engineering Academy. Kuibyshev.

In 1995, Sergei received a diploma attesting to the end of the military academy, but he did not stay in the armed forces for a long time – in 1996 he moved to the “private sector”, engaging in the production of products for public consumption. He held the position of General Director at the Moscow Soap Factory. In 2003, he headed the Krasny Bogatyr diversified company.

Sergei Podlisetsky in the oil business

Sergey Podlysetsky came to the oil industry relatively recently, having no support behind him in the form of fragments of the Soviet oil heritage. The official date of birth of the Rus-Oil management company, of which Podlisetsky is now the general director, is March 1, 2013. However, back in 2011, the entrepreneur acquired the Mayorskoye field in the Orenburg region – a small one, which was considered almost depleted, with a production level that did not exceed 600-700 tons per month. Businessman Aleksey Khotin lent money to buy out the enterprise to Sergei Podlisetsky.

For almost a year, Podlysetsky and his team explored the acquired field. The first drilling under the new management gave an impressive result – the well began to produce 200-300 tons of black gold per day. New high-tech equipment was promptly purchased, and in a short time, oil production at the Mayorskoye field increased to 16,000 tons (according to other sources, up to 21,000 tons) per month.

However, the entrepreneur understood that the resources of the Mayorskoye deposit were not endless, and began to search for new underground storerooms. As a result, it was decided to buy out the Dulisminskoye field, located in the Irkutsk region. After additional exploration and optimization of drilling methods, a new oil-bearing formation was discovered here.

Then the company entered the Gustorechenskoye and Travyanoe deposits in the Khanty-Mansi Autonomous Okrug. Approximately during this period, the Development of St. Petersburg company passed into the jurisdiction of Rus-Oil. Sergey Podlysetsky’s company continued to adhere to the same strategy – to look for fields that were recognized as unpromising and, after a deep analysis, revision of drilling methods and the introduction of innovative technologies, give them a new life.

Production volumes of Rus-Oil Group show stable growth: in 2015 this figure amounted to more than 3.5 million tons, in 2016 it approached the mark of 4.2 million tons, while the recoverable reserves of the company (according to the audit company DeGolyer in 2016 year) were estimated at 147 million tons. However, Sergei is sure that in reality this figure corresponds to 300 million.

Family and hobby of Sergei Podlysetsky

The oil entrepreneur is married and the couple has three children. As for hobbies, Sergey Podlysetsky is fond of martial arts and dog breeding – together with his wife he keeps dogs of the Russian Black Terrier breed.

Despite the crisis conditions, Sergey Podlisetsky and the management of Rus-Oil are optimistic, although they acknowledge that hard times have come for the industry. The company’s immediate plans include the acquisition of an oil refinery with a production capacity of more than 2 million tons. The main secret of the success of his company, which many analysts already call a worthy rival of oil giants with a long-term presence on the market, Sergei Podlysetsky calls the departure from traditional business schemes.